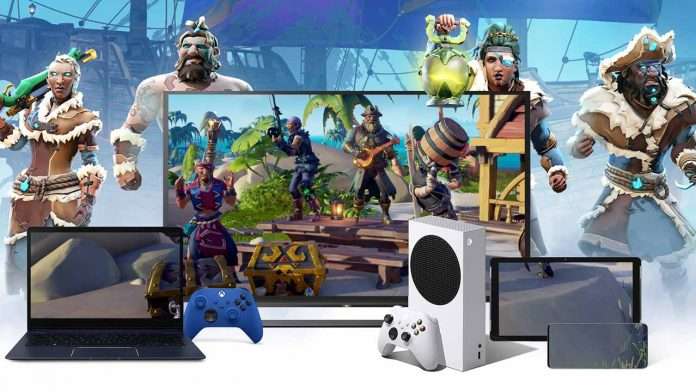 Xbox Cloud Gaming is New Zealand’s first genuine cloud gaming provider. It allows you to stream AAA games on phones, laptops, tablets and of course Xbox. And while it has some significant limitations, overall, I was impressed by how easy it was to use.

With very little latency issues, an easy-to-use interface, quick load times and a reasonable price point, Xbox Cloud Gaming sets a high bar for cloud gaming in NZ. But it’s not without its issues.

Streaming in only 1080p at 60 frames per second (fps), lacking mouse and keyboard support and a required 20Mbps internet speed are limitations that are hard to look past.

Xbox’s Cloud Gaming doesn’t quite provide a gaming experience on par with dedicated hardware. If you are interested in getting the most out of your games, you’ll want a console or PC.

What it does provide is the ability to play AAA games on a phone, stream graphically intensive games on a business laptop or play the latest games on a tablet without issues. In that regard, it feels like it’s targeted toward casual gamers who don’t want to invest in an expensive PC or a next-gen console.

At the moment, Xbox Cloud Gaming has a long way to go before it replaces physically buying an Xbox or a gaming PC. For now, it’s primarily a way to play games on hardware that can’t usually run them, like a phone or a tablet. And if that’s what you’re looking for, it’s good value.

To gain access to Xbox Cloud Gaming, you need an Xbox Game Pass Ultimate subscription which costs $20/per month.

An Xbox Game Pass subscription comes with other benefits. You can download and install from a massive library of games (with new games being added all the time). It comes with an EA Play membership included, and you get access to Xbox Live Gold. It’s a fair price.

It’s available on phones, PCs, laptops, tablets and Xbox consoles (obviously). Just open the app, select a game and press play. Progress is carried over between platforms so you can continue from where you left off between devices. It’s seamless and slick.

I was impressed at how quickly games loaded. I never had to wait more than 10 seconds for the game to open, and it didn’t matter if it was a graphically intensive game; it’s very fast.

The majority of games require a controller to play. If your device doesn’t detect a controller, you won’t be able to stream certain games. The software supports a significant number of third-party controllers, but it doesn’t support PlayStation controllers. I couldn’t use my DualShock 5, and the DS4 was limited in its capabilities. This was to be expected, though.

Frustratingly, keyboard and mouse inputs are not supported. If you’re considering using Xbox Cloud Gaming on PC, be warned you’ll need a controller.

The most crucial criteria for cloud gaming is latency, i.e. the speed at which the game detects your controller inputs. When comparing cloud gaming to gaming on my own hardware, I did notice a slight delay. This is more or less impactful, depending on the type of game you’re playing.

I noticed the delay most when I played competitive shooters like Rainbow Six Siege or Battlefield 4. While the games were still playable, it put me at a disadvantage when playing competitively online. I had no problems playing slower-paced games like Minecraft Dungeons or Wasteland 3, though.

When streaming games, they’re limited to 1080p resolution and 60fps. I tested Xbox Cloud with my PC, and it wasn’t a great experience. The 1080p resolution looked bad on my 4K monitor, and there wasn’t a way to change the resolution in-game. This wasn’t as much of an issue on my phone, though.

Playing games, I never thought I’d be able to on my phone, like Grounded or No Man’s Sky, was a seamless experience. The app will show you which games are compatible with touch controls and which ones require a controller. It’s all straightforward, and connecting a controller to my device was easy.

This was all from the comfort of my home, though, where I have fast internet speeds. Xbox recommends a 20Mbps internet speed, at least. If you don’t have a 4G signal, it’s challenging to get a fast enough connection when out and about, let’s say, on public transport.

While Xbox Cloud Gaming doesn’t provide a gaming experience equal to that of a dedicated console or PC, its seamless integration across multiple platforms is impressive.

If you’re a casual gamer or someone who wants to play the latest games on your phone, tablet or business laptop, Xbox Cloud Gaming is an effective and inexpensive option.

Playing games, usually exclusive to PC or consoles, on my tablet, was great, but Xbox Cloud Gaming still has a long way to go.

Being restricted to 1080p resolution is limiting, especially when gaming on a 2K or 4K screen and the albeit minor latency issues can be a problem when playing competitive games.