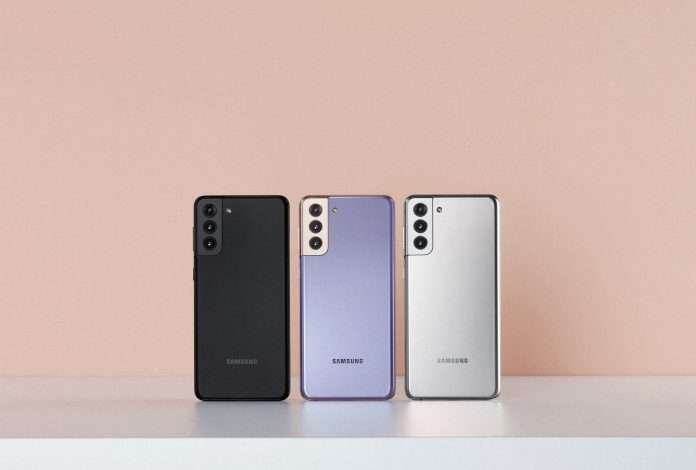 The new Samsung Galaxy S21 is here. It arrived a couple of months earlier than usual this year, though the timing of the launch wasn’t the only break from tradition.

Samsung has also bucked its trend of actually upgrading (most of) the hardware inside its most popular S device. And while the new Samsung Galaxy S21 looks very different from last year’s S20 on the outside – it actually shares a lot of similarities on the inside.

The biggest difference, other than the design, is the price. Last year, Samsung’s flagship smartphone, the Galaxy S20, cost NZ$1,499 at launch. The new Samsung Galaxy S21 device will cost NZ$1,399.

Does the low price mean the Galaxy S21 is a worse phone than last year’s Galaxy S20?

Yes and no. But mainly no.

The Galaxy S21 is a very similar phone to the Galaxy S20, but it’s trimmed some of the unimportant bits that made last year’s device more expensive.

For example, the new S21 has no wrap-around display, a lower-resolution screen, 4GB less RAM, a plastic rear, and it comes with no charger or headphones bundled in the box.

And most people won’t miss these features. So yes, in a lot of ways it’s a less premium device. But the new Exynos 2100 processor makes up for that. But I’ll come to that in a bit.

A closer look at the price drop…

Let’s take a moment to look at what’s going on with the price. For the first time in about a decade, Samsung has bucked the trend of increasing the price of its flagship smartphone. The Samsung Galaxy S21 will cost NZ$1,399 at launch, which is NZ$100 cheaper than the Galaxy S20 cost when it launched in early 2020.

By the way, the conversion rate at the time of writing is 1 USD = 1.40 NZD. Which means the New Zealand price would have needed to have been NZ$280.62 cheaper to keep pace with the discount the Americans have been given.

Unfortunately, the differences in prices do more than leave a bad taste in Kiwi mouths. It shapes the narrative of the entire phone over here.

Anyway, let’s focus on what is there…

I like the new design. I’ve never been one to care much about having a glass back, so the polycarbonate plastic rear – or “glassic” as Samsung is keen to push – is fine.

A lot of noise has been made about Samsung’s new, slimmer, camera bump. And yes, it is thinner than before. Which is obviously a good thing. But I’m the sort of user who puts their phone is a case as soon as possible.

So the old Galaxy designs – or any phone’s camera bump for that matter – never offended me like it did some, as they were always levelled out by the case. However, if you’re the sort of person who is kept up late at night worrying about camera bumps – good news: it’s less bumpy in the S21.

The device’s biggest improvement is the Exynos 2100 processor, that introduces 5nm transistors. Meaning the Galaxy S21 is a more powerful and power-efficient device, as its chipset can (in theory) perform more calculations without getting too hot thanks to the 5nm technology.

This, of course, has a knock-on effect on the rest of the phone. Samsung is keen to point out that this technology allows it to make significant gains in image processing and battery performance, for example (more on that later).

No charger in the box!

Predictably, Samsung has followed Apple’s lead and has dropped the charging brick from its packaging. A bit of an embarrassing move after it trolled Apple on Twitter a couple of months ago. But apart from that, it’s not a biggie for most people, as we all have collected several wall chargers over the years. And it’s good for the environment. So whatever.

However, if you did want a new one, it’ll cost you NZ$49.99 for the official Samsung 25W charger from Noel Leeming. Though, I’d suggest looking elsewhere for a cheaper third-part 25W charger that does the same job.

About that downgraded display…

The S21 boasts a 120Hz display (just like the S20) that dynamically optimises the refresh rate for what you’re doing with every touch.

I fear that the downgraded specs of the S21 are going to overshadow what important here. The Samsung Galaxy S21’s 1080 x 2400 AMOLED 120Hz screen is still really good. More than good enough, in fact. It looks great, and users will love it. Had nobody told me it was a slightly less pixel-y screen, I doubt I’d have noticed.

Is the camera the same as the S20?

The camera set up on the Galaxy S21 is the same as last year’s Galaxy S20, it’s just a little bit slimmer – which, like I said earlier, is good news from a design perspective. It’s probably the least offensive camera bumps of any modern smartphone (with a good camera).

Should we be annoyed about the lack of upgrades to the camera? I’m not sure. It’s important to remember that last year’s S20 saw Samsung’s biggest sensor upgrade in its smartphone history. So no, on balance, I don’t think we should feel too upset about not seeing any changes in hardware with the S21.

Instead, this year’s camera improvements can be found in Samsung’s image-processing software, as the move to a 5nm chipset allows the Galaxy S21 to do more with the same image. It’s a fair enough claim. AI and image processing is a large part of smartphone photography these days.

I like the images the Samsung Galaxy S21 takes. In the past, Samsung has been guilty of doing too much with its image processing, and the S21 does this a bit too. But not as much, and this new device is a step in the right direction.

I’d even go as far as suggesting the Galaxy S21 is comparable with the iPhone 12’s camera. Though, as I said before, it’s let down by overexposing and over-engineering the image – and this has a negative impact on the overall purity of the image.

Take a look at the images (especially the close-ups) I took of my dog in the woods at the back of my house.

You can see the image processing engines at work as the curls on my labradoodle look a bit like a photoshop effect. Here I think the iPhone 12 still has the edge. Conversely, I think the S21 does a better job of bringing the bricks in the background to life.

This over-engineering is carried over into the device’s 4K video too. It’s not a deal-breaker, as the overall quality of the 4K video, and still image, is still very good. But it is a thing.

The S21 really excels in low-light scenarios (see above). I took a series of photos with it alongside my iPhone 12 Pro, and I think the S21 does a better job of producing a lifelike image compared to the iPhone 12 Pro. And that’s a big deal. I should mention that the featured photo took the Samsung four-five seconds to process after capturing, while the iPhone 12 Pro rendered the photo instantly.

All in all, I love the performance of Samsung Galaxy S21. The average point-and-shoot smartphone photographer is going to love it too.

The battery life is very good ?

That’s not the story here, though. The Exynos 2100 chipset is. Again. Usually, people are a bit miffed if their territory doesn’t get the full-fat Snapdragon processor as it means worse battery performance. This year, I suspect us Exynos-ers won’t be annoyed at all.

And while I can’t say the Exynos 2100 is more power-efficient than the Snapdragon 888 (because I don’t have both devices to test). I can say that I am impressed with the battery performance of the 2100.

I’m a pretty heavy smartphone user. Constantly doom-scrolling on Twitter; taking pictures and videos of my dog; reading news articles; listening to podcasts or Spotify; using Google Maps for Sat Nav when I’m driving (while listening to Spotify or a podcast, or just goofing around on WhatsApp with my friends and family.

You get the picture – I use my phone quite a bit. And the biggest compliment I can give the S21 is that it handled everything I threw at it in a day on a single charge. Easily.

Which is impressive, because I found that I was having to top-up my iPhone 12 Pro (my non-review phone) in the evening in order to make it to the end of the day.

Charging the S21 is an average experience. The phone can also still only handle 25W fast charging, with Samsung doggedly refusing to get sucked into super-fast charging speed that Chinese smartphone manufacturers are achieving.

The Oppo Find X2 Pro comes with a 65W VOOC charging system that will give you a 0-100% battery charge in 38 minutes, for example. That said, a 30 min charge with at 25W will still give the S21 over 50% battery. Which is still pretty good.

Finally, let’s end on a positive and an area where there is a clear upgrade. The S20 has a larger in-screen fingerprint sensor. Hooray! This *upgrade* obviously means users are going to get a better success rate at unlocking your phone with your digits.

It’s a welcome addition too, as facial recognition isn’t the most convenient way to unlock devices right now due to more of us having to wear masks in public.

I’m not sure it’s a big deal, though.

The Samsung Galaxy S21 is all about two things. A lower price and a better processor that makes a phone – that’s otherwise not very different from last year’s model – a bit better in all departments. The price drop is obviously a good thing too.

However, here in New Zealand, it’s only NZ$100 cheaper, which is offensively smaller than the discount seen in the US. And that leaves a bit of a sour taste in the mouth, which for many might be compounded by the lack of actual upgrades elsewhere in the phone.