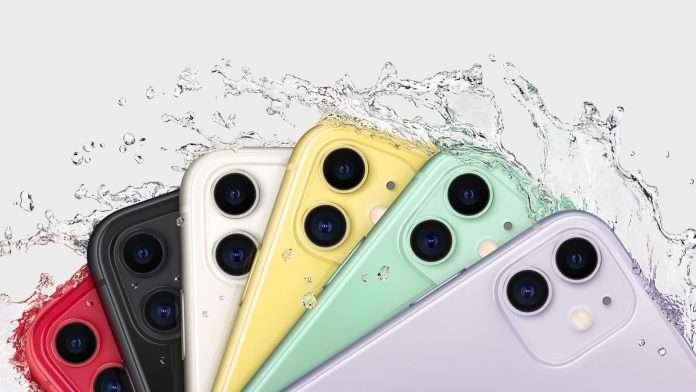 The iPhone 11 has been out for ten months now (at the time of writing). So the question that most people should be asking is “Should I buy the iPhone 11 or wait for the iPhone 12?”

Answering that question isn’t exactly straightforward. Apple is currently selling five new iPhones right now, and each of those devices is targeted at a slightly different price point. And use case.

However, with less than two months to go until Apple updates its iPhone range – the new iPhone release date is always the second week of September – I’d suggest holding out to see what Apple does with the iPhone 12.

Rumours suggest the iPhone 12 will be 5G ready, have an edge-to-edge OLED display and boast triple-lens 3D depth-sensing cameras. Woof!

If you can’t wait. Don’t fret. The iPhone 11 is an incredible device that won’t disappoint. I was lucky enough to attend the iPhone 11 launch in Cupertino last year as a guest of Apple. Since then, I’ve used the iPhone 11 as my main phone day-in-day-out. And it’s held up really well.

It’s not a perfect phone. No phone is…although its big brother the iPhone 11 Pro is pretty close to being perfect. However, for its price, the iPhone 11 delivery great results in three key areas. Performance, battery life and camera.

The iPhone 11 phone(s) represents a line in the sand for Apple. One that I suspect is linked to the departure of former Chief Design Officer, Jony Ive.

These are bigger devices. And you’re going to love the benefits that come with the added mass.

Apple is treating its customers to all of the hardware improvements users have been calling for. Bigger batteries, more storage, improved CPU and GPU performance, a better arsenal of cameras. We’ve got it all.

Bit it comes at a cost. The iPhone isn’t a slim device anymore. Nor is it bulky, or brick-y. What it is, is a slightly fatter phone that delivers a few hardware-led boosts that make the sacrifice well worthwhile.

Is the iPhone 11 battery good?

In cold numbers, the iPhone 11’s new 3,046 mAh represents (roughly) a 5 per cent jump from its predecessor.

This means its “all-day battery”. Now, it’s important to explain that this doesn’t mean you can play with your iPhone 11 literally all day and it won’t run out of battery. No. Instead, this means it’ll last “all day” if you use your phone as an average user would.

To give you a bit of real-world insight: I’ve been using the phone for 10-months, and I consider myself a heavy smartphone user. On an average day, my Screen On time will be around 3.5 hours, which results in the iPhone using between 40-50 per cent of its capacity. On a busy day, my Screen On-time jumps to 4.5 hours, draining nearly 80 per cent of the battery.

Interestingly, the iPhone 11 Pro and Pro Max have 3,174 and 3,969 mAh respectively. Which, I’m sure you’ve noticed, are significant bumps. The reason for this is the “Super Retina” XDR (OLED) display in the Pros – that demands more energy – compared to the “Liquid Retina” LCD screen in the 11.

In short, the iPhone 11’s battery is really good. It’ll last you all day. And you’ll be very happy with it.

Is the iPhone 11 camera good?

The iPhone 11 actually has two cameras. Well, three if you count the selfie camera. The primary shooter is a 12-megapixel f/1.8 camera supplemented by a 12-megapixel ultra-wide f/2.4 camera that gives users a 120-degree field of view.

Apple has also developed some great new camera features too. The one that will grab most of the headlines is its performance in ultra low-light settings. All new iPhone 11s can take a photo in a “near-lightless setting” and still produce sharp full-colour images.

This, of course, isn’t a new feature for smartphones. Apple’s rivals Huawei, Google, Samsung and Oppo all debuted smartphones with a Night Mode this past year.

Apple has perfected the feature, though. How does Apple achieve this? It’s complicated. The iPhone 11 doesn’t magically create more light. Instead, it has developed “advanced image-processing technology”.

The iPhone 11 starts capturing images from the instant the Camera app is open. When the user presses the capture button, the device will stitch 4x underexposed images and 1x overexposed image to your regular photo that it captured before/after the user input.

A technique referred to as “symantec rendering” happens next to identify certain attributes of a photo. A head, legs, arms, dogs, cats, cars, trees, the sea, the sky… you get the picture (excuse the pun).

The iPhone 11 has unique rules for each attribute. For example, reducing the background noise when the sky is identified while sharpening the focus on a face, is something the iPhone might do to improve image quality.

Lastly, it compiles all these effects into a single photo that looks amazing. All of this happens in a fraction of second.

I know that reading about processors and chipsets is impressively boring. I should know, I’ve skipped these sections enough myself. But this time it’s important and interesting, I promise.

The new A13 Bionic Processor is what makes the iPhone 11 such a good device. It’s so good that Apple used the launch event to trash talk about rivals benchmarks compared to the A13’s results (which are leagues ahead).

An A-whatever chip is nothing new for Apple, of course. It’s been designing and manufacturing its mobile computing chips for years. What’s interesting about the A13 is that its a noticeable improvement on its predecessor. The added power the A13 brings is what makes things like 4K video, AR and higher-end gaming possible on the device without cooking the battery.

Apple has also worked to ensure that the A13 is able to perform well right up until the of the iPhone 11’s lifespan – after several iOS updates.

Forget about the Pro. The iPhone 11 is the iPhone that most people should be looking to buy.

It’s a massive $50 cheaper than last the launch price of the last year’s iPhone XR. It’s also $300 cheaper than the iPhone 11 Pro, and to be brutally honest, what you get for those 300 dollars isn’t worth it for most people.

Camera, Battery, Processor, Display and up-to-date features. That’s what people care about when they’re buying a new phone. The iPhone 11 excels in each of these pillars. The only question you should be asking yourself now is: