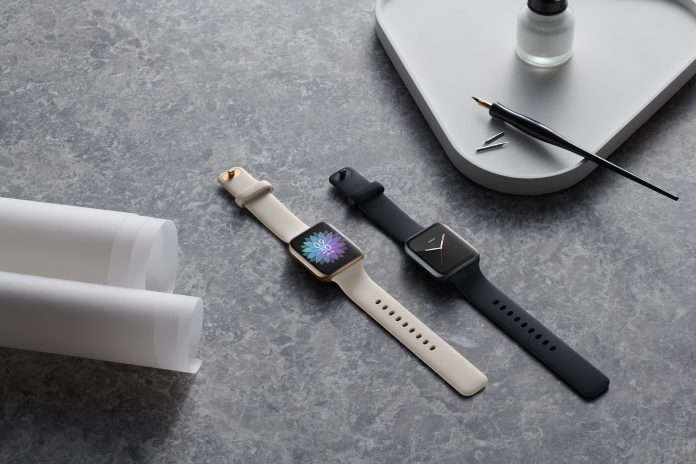 The Oppo Watch is the Chinese manufacturer’s first attempt at a smartwatch. And it’s a solid effort. Yes, it’s a total rip off of Apple Watch from a design perspective. But that’s fair enough, I guess.

More importantly, it gets the basics right. Decent battery life, good fitness tracking options, an OS intuitive, and it doesn’t look or feel terrible. But it’s not perfect.

I’ve been using the Oppo Watch for about a week now, and my quick take (apart from looking like an Apple Watch) is this: it’s fine. No more, no less.

And the middle of the road is probably exactly where Oppo was aiming with this device. But to be brutally honest, I can’t see it rivalling Apple, or even Samsung and Fossil, with regards to sales (outside of China).

The Oppo Watch comes in 41mm and 46mm sizes with an aluminium finish. And premium, it ain’t.

The inspiration behind the Oppo Watch seems pretty obvious to me: it looks like a knock off Apple Watch. And I’m not sure how to feel about this. The Apple Watch is a wildly successful smartwatch, so clearly, Apple is doing something right with its design. And so too must the Oppo Watch, by proxy, because it looks very similar.

So yes, tick, whatever, this is technically a good-looking device. But I’m not convinced that the aesthetics of the Apple Watch are so perfect that Oppo needed to follow its lead it so closely.

Samsung, for example, has given its smartwatches a design that’s completely different to the Apple Watch. And the circular Samsung smartwatches are more desirable, and arguably better-looking devices, as a result of its design confidence.

Unfortunately, the Oppo Watch doesn’t feel as good as it looks. It’s a bulky device that gets caught on your sleeve when undressing and even managed to catch on my kitchen draw on one occasion.

The problem is the rubber strap that came with my review sample: it wasn’t great. Maybe I was an unlucky wearer, but I couldn’t seem to find a notch that felt snug, or comfortable on my wrist.

The Oppo Watch always felt baggy or circulation-stoppingly tight. So make sure you invest in a better strap if you end up buying this Oppo Watch.

The Oppo Watch runs on Android Wear OS with a splash of Oppo’s own Color OS over-the-top. What effect does this have? Not a lot. It works pretty much as you’d expect it would, however, there are little quirks such as the app tray being displayed as a row of apps rather than the list you usually get on a vanilla version of Android Wear.

There are several other nice tweaks that Oppo has added like swiping left to see activity data such as your heart rate, or Oppo’s own Five Minute Workout app.

As a rule, I’m generally not a fan of manufacturers adding overlays on top of Android. But here, Oppo seems to have made Wear OS better.

The battery performance here is decent. You’ll get just over a day’s juice from a single charge, and this cover’s an hour or two’s exercise with GPS mode switched on. So, again, it’s fine. But not groundbreaking.

Where it does excel is charging. It’s rapid. It uses VOOC flash charging technology that means a quick 15-minute charge will give you over 30 per cent charge. Leaving it plugged in for 30 mins and you’ve got enough power to comfortably last an entire day.

There are also some interesting Power Save modes too. Oppo claims that you can turn this on and get 21 days (in dumb watch mode) or 24 hours (in the semi-smartwatch mode).

The Oppo Watch is fine. It does everything you need a smartwatch to do pretty well, and it doesn’t look terrible. But it’s still not great. Its biggest problem is that it looks and feels a little cheap. That and Android Wear OS is still a bit naff – and there’s not much Oppo can do about that, even with it’s pretty decent Color OS overlay.