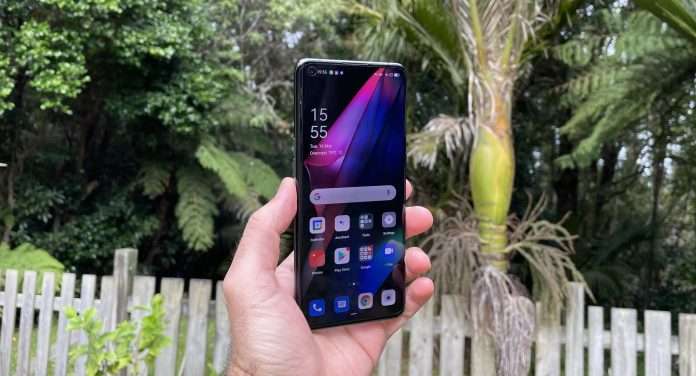 The Oppo Find X3 Pro is a premium Android smartphone that will appeal to a lot of users. Its NZ$1,899 price puts it in the same bracket as the iPhone 12 Pro (NZ$1,899) and the Samsung Galaxy S21+ (NZ$1,799). Is it better than these devices? In lots of ways, yes. But also, in lots of ways, no. I’ll cover all of this in more detail below, but the short version is as follows:

The Oppo Find X3 Pro is a great option if you need a phone with an insanely-good display, blazingly-quick performance, and an innovative “microlens” camera. Oh, and if you like its design (which I do).

The rest is very similar to what the rest of the high-end Android smartphone market has produced at this price point already. Which isn’t a bad thing. In fact, I suspect Oppo will be thrilled to have closed the gap on Samsung and Apple.

The Oppo Find X3 Pro’s display is where the device really stands out. I love it. The Oppo marketing department wants you to focus on the fact that its screen can display one billion colours, and while that’s an impressive claim, I’m not sure it means much in the real world.

Dig a little deeper than the “one billion colours” headline and you can see where the Find X3 Pro gets things right. The excellent 6.7-inch AMOLED panel with QHD+ (3216 x 1440 pixels) resolution is compounded, in a good way, by the 120Hz refresh rate (adaptive) and 1300 nits of peak brightness. These are industry-leading specs, and the result is a brilliant display.

Oppo has recognised that these super high-end specs have the potential to be a battery killer. Most of the time, you won’t need this display operating at full capacity. Even 75% capacity will be overkill for most smartphone tasks (web browsing, messaging, social media).

To combat this, Oppo gives you control over how your phone utilises its screen. You can, for example, set your screen resolution to stay in FHD+ (2412 x 1080), or QHD+ (3216 x 1440) mode, or allow it to “Auto-select” screen resolution “depending on the display content”.

Likewise, you can toggle screen refresh rates, Bright HRD video mode and several other settings to personalise the display further to suit your tastes.

I turned everything up to 11 and watched a few scenes from the Trial of the Chicago 7 on Netflix and couldn’t fault the video quality as it handled the problematic on-screen contrast of bright lights streaming in through the windows of the dark courtroom.

The phone’s “microlens” camera is the most fun I’ve had testing a smartphone camera in ages. It turned me into an 8-year-old boy again as I went hunting around the garden for dead insects to inspect. And I hit the jackpot with a dead beetle. I proceeded to spend the next 30 mins studying it with the Oppo Find X3 Pro’s microlens camera.

The 3-megapixel microlens camera isn’t the easiest thing to drive. You need to get within a 1mm to 3mm range of your subject and hold your hand as steady as you can. Even then, you’re likely to go in and out of focus several times before you capture something useable. But whatever, it’s the first of its kind and its very cool. I’m not convinced I’ll make a habit of inspecting dead bugs from my garden, though – so I wouldn’t base your whole $1,899 purchase on this feature alone. 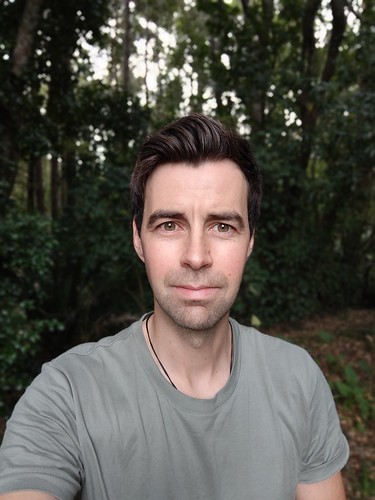 The main and the ultrawide camera both share the purpose-built (for Oppo only) Sony IMX766 sensor, giving you an added level of consistency when switching between the two fields-of-view.

Oppo also backed out of the zoom race this year. The Find X3 Pro only has a 2x optical zoom, and the hybrid zoom maxes out at 20x. This is an obvious downgrade from the 5x optical zoom on last year’s Find X2 Pro.

Anyway, enough about camera numbers – they only tell half the story. The other half, what the pictures actually look like, is the half that matters. And its good news. The Find X3 Pro camera arsenal is very capable of taking nice photographs.

I’m not convinced they’re the best photos you can take on a smartphone for this price, though. From my sample shots taken in the woods at the back of my house, I feel the iPhone 12 Pro does a better job of capturing a truer image, with fewer colour mistakes. Take a look at the sample pictures (above/below). But that is nitpicking from me.

You’re getting 89% of screen on the front. It’s not quite the wraparound display we’ve seen in previous high-end Android smartphones, but it’s still an impressive and immersive experience. On the rear is a space-ship inspired finish that Oppo proudly tells us is engineered from a single piece of glass and took 200 revisions to perfect.

It’s a nice story and an even better end-result. The mirrored finish of the Find X3 Pro is one of the best-looking smartphones I’ve ever reviewed. This, of course, is wildly subjective, and your opinions may differ – but I think Oppo’s design team deserves credit here.

It also feels nice and balanced and premium(!) in hand. Its tall and thin design helps keeps most of the screen reachable and one-handed. Though, as with any modern high-end Android smartphone, reaching anything in the top 15 per cent of the screen is impossible.

The speed of this device is impressive. From the moment you unlock the device, it’s ready to go. Instantly. There’s no perceivable delay as the device wakes up and unlocks. Opening and switching between apps is just as fast. It’s a pleasure to use.

It’ll handle more intensive tasks without any bother too. Gaming is where the device really shows its pedigree – I played PubG with maxed out graphics for well over an hour, and the Find X3 didn’t falter once.

This can be attributed to the best-in-class Qualcomm Snapdragon 888 chipset inside, that’s supported with 12GB RAM. These specs won’t be beaten by an Android smartphone in 2021.

I’m a bit in love with Oppo’s charging technology. It’s the best in the industry by a long way. Check out these numbers:

Best of all, it’s SuperVooc 2.0 charger comes inside the box. Oppo has not done a Samsung and followed Apple’s lead, here. Meaning there’s no need to go out and pay an extra $50+ for a charger (like you have to with the iPhone 12 and Samsung Galaxy S20). Oh, and there’s 30W wireless charging and reverse wireless charging too. Things are rock-solid in this department.

As a rule, I’m not a fan of manufacturers overlaying a UI on top of stock Android. But it mostly works here with ColorOS 11.2, giving you more control of the Android 11 experience. Not less, as is usually the case.

The Oppo Find X3 Pro oozes class. It boasts industry-leading specs with its display, processor, and battery-charging time (as per with Oppo). It also debuts the innovative microlens camera, which is a lot of fun to play with, if a little unnecessary – its four other cameras offer the user a level of photography that rivals anything on the market (see above for examples).

And that’s the thing about the Find X3 Pro. Oppo has produced a smartphone that is as good as any other Android smartphone on the market in all departments and is way ahead in others (screen and charging technology). It’s a massive achievement for a brand on the up.

Anyone who buys the Oppo Find X3 Pro will love its speedy performance, stunning display and beautiful design.