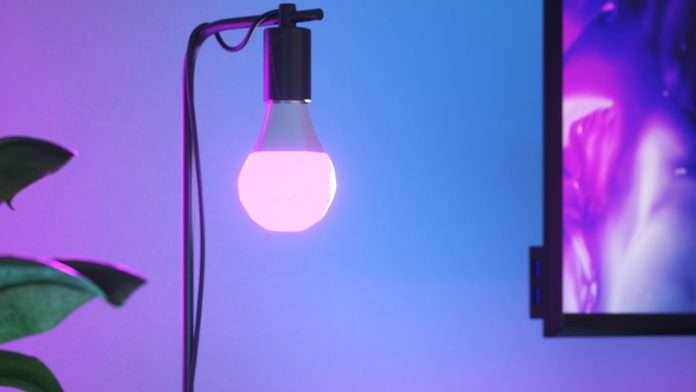 The Nanoleaf Essentials Smart Bulb is an affordable smart bulb that is great at doing the basics. This isn’t a smart bulb that’s going to have the most advanced features, you can change the colour and the brightness and that’s about it.

It supports over 16 million colours, is easy to set up, and has Thread connectivity built-in. However, it’s held back by an average app and connectivity issues.

Easy to screw, hard to connect with

Physically setting up the Nanoleaf Smart Bulb was a breeze. It’s a regular A60 style lightbulb that can go anywhere a normal lightbulb can. Just screw it in, turn it on, and it goes. It’s that simple. It also comes in an E27 and a B22 fitting, so it will be able to fit most homes.

I did run into trouble and frustration when attempting to pair the Smart Bulb with the Nanoleaf app. Initially, the process was simple. The bulb comes with a QR code that you scan, and you go from there. However, I had consistent errors getting the app and the bulb to communicate.

Trying to update the firmware of the bulb took three attempts and several factory resets. On numerous occasions, I received an error saying that the bulb could not be reached. It was aggravating and was a lot harder than it needed to be.

The Nanoleaf Smart Bulb is compatible with Apple Homekit, and with Google Home on Android and iOS devices. It’s important to note that in order to set up the bulb on Google Home, you do require a Smart Speaker with Google Assistant. You cannot control the bulb simply using Google Assistant on your phone, which is a nuisance, but this is common with smart home devices.

The Nanoleaf Essential Smart Bulb is a pretty good bulb. Nanoleaf states that it can support over 16 million colours. This is a massive number and, clearly, a marketing ploy as it’s almost impossible to tell the difference between certain shades of the same colour, but I was impressed by its colour accuracy.

The bulb has an average brightness of 806 lumens and a maximum brightness of 1,100 lumens. I was slightly disappointed with the brightness of the bulb when selecting a colour. When I set the bulb to a full colour, like light blue or red, it wouldn’t get anywhere near as bright as it did when I had it on standard white.

The Nanoleaf app’s Circadian lighting feature is great. This works similarly to how a smartphone changes brightness and warmth for different periods of the day. The lightbulb can be set to one of three colour temperatures from morning, afternoon and night and it changes automatically.

Not the brightest app

The Nanoleaf app is simple, but can be challenging to use. Performing simple tasks like setting the lightbulb’s colour is straightforward. However, I found the app hard to navigate when trying to do anything more advanced than that. It’s not an intuitive experience.

The app does a poor job of explaining what features are compatible with your specific smart device. For example, I could browse and select specific colour scenes to use with my bulb, only to figure out they were only compatible with the Novaleaf Panels and not the Nanoleaf Essential Smart Bulb.

There are other problems too. The ability to change the colour of multiple Novaleaf Smart lights simultaneously is supposed to be available on the Essential Smart Bulb. However, I could not get this to work. It’s frustrating.

An attractive function of the Nanoleaf Essential Smart Bulb is that it’s Thread-enabled. Thread is a power mesh network designed for smart devices, which improves the reliability of your connection. It’s great that this is built into the Nanoleaf Essentials bulb, but it’s important to know you need a Thread compatible border router – a border router is used to connect a Thread network to other IP-based networks like WiFi or ethernet  –  for it to work.

It also has a much larger range than Bluetooth, meaning your controlling device doesn’t have to be in the same room as your smart lights. It’s a great feature for smart home enthusiasts, and the fact that the Nanoleaf Essentials Smart Bulb comes with it built-in is impressive.

The Nanoleaf Essentials Smart Bulb is a smart light that is great for the basics. It allows you to easily change the colour of your lightbulb, and if this is all you’re after, it works well. But it doesn’t go much further than that.

The app is unnecessarily complicated and there aren’t many advanced features with this lightbulb other than Circadian lighting and it’s compatibility with Thread networks. However, with its affordable price point, the lack of high-end features is understandable.