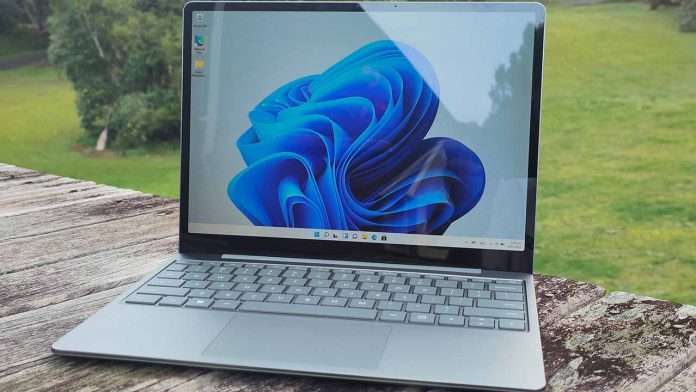 Microsoft’s Surface Laptop Go 2 is an affordable ultraportable designed for less-intensive tasks like surfing the web, and listening to music.. If you’re looking for a compact laptop to take around with you, it’s great. But as a successor to the already decent Laptop Go, it’s not as impressive.

There isn’t much to get excited about here. The processor has been improved, the battery lasts a bit longer, and the initial price is $200 cheaper than the Laptop Go was.

That’s the extent of the changes.

Like the Laptop Go, the Go 2 is lovely to type on and has a sleek design, however the screen is still the same low 1536 x 1024 resolution and the new processor is a whole generation behind the latest laptops.

If you’re looking for an ultraportable at a low price, the Laptop Go 2 will do the job, however there are better devices out there and Microsoft still aren’t anywhere near the capabilities of Apple’s MacBook Air.

The best option here is the mid-tier model at $1,299. The 4GBs of extra RAM will boost performance and other than the size of the SSD, it’s identical to the more expensive higher-tier model.

With so many ultraportable options and configurations out there, it’s difficult to clarify whether $1,299 is expensive or not. It all comes down to what you want out of an ultraportable.

When taking these devices into consideration, the Surface Laptop Go 2 is reasonably priced.

For our review we were given the higher-tier 8GB RAM with 256GB SSD Surface Laptop Go 2.

The Go 2 is identical to its predecessor. Microsoft hasn’t made any changes to the design, but I’m okay with this. It’s sleek, and functional, exactly what you want in an ultraportable.

I felt the Go 2 had a sufficient amount of ports. It has a USB-A port, a USB-C port, a headphone jack and a Surface Connect port for charging. Unfortunately Thunderbolt 4 is still missing though. This would have been a welcome improvement over the Surface Laptop Go.

A highlight of Surface Laptops are the keyboards, and the same can be said here. Like its predecessor, the Go 2 is very nice to type on. It boasts a full keyboard (albeit lacking a numpad) that’s nicely spaced with a comfortable 1.3mm key travel distance.

Windows Hello is here in the form of a fingerprint sensor located on the power button in the top right of the keyboard. It’s responsive and accurate and I never had any issues with it.

The trackpad is large and precise, allowing you to drag the mouse from one side of the screen to the other with one motion.

The Surface Laptop Go 2 comes in four colours this time around, with a new Sage colour being added to the mix. Platinum, Ice Blue and Sandstone are still here and they all look good.

The Surface Laptop Go 2 has the same 12.4-inch, 1536 x 1024, PixelSense touch screen as its predecessor. Unfortunately Microsoft hasn’t introduced any improvements with the display.

It’s not a bad display, it’s sharp and I love the 3:2 ratio for its verticality, but there are similarly priced ultraportables that boast displays at higher resolutions.

The MSI Modern 14 B1OMW Ultrabook, boasts a 1920×1080 display and is cheaper than the Surface Laptop Go 2 at $1,250. It isn’t a touchscreen, however in an ultraportable I would much rather have a higher resolution display. The Go 2’s 12.4-inch screen doesn’t provide enough space to comfortably use the touchscreen capabilities .

The one or two times I did use the touchscreen, it was responsive and accurate. I just never had a use for it.

The new processor is faster and more power efficient but not so much that you can now use the Go 2 for more intensive tasks. You’re unlikely to notice a difference between the two unless you benchmark them directly against each other.

The 11th Gen processor will allow you to browse the web with multiple tabs open, play videos and listen to Spotify comfortably but it still can’t run most games and video editing is a very sluggish experience. This is to be expected in an ultraportable though, well in a Windows-based ultraportable at least.

Apple’s M1 MacBook Air is now only $1,569 with 256GB SSD storage and it boasts significantly better performance than the Go 2. It’s capable of performing well with power hungry tasks like video editing, something the Go 2 simply can’t handle. At only $270 more, Microsoft’s ultraportables have a long way to go before they compete with Apple.

The battery has been improved. The Surface Laptop Go 2 will last roughly 13 hours with light usage.

That drops a couple of hours if you’re performing more intensive tasks or have the brightness constantly at 100%.

It’s a decent amount. But It’s still a way off the market leading MacBook Air’s 18 hours.

Microsoft’s Surface Laptop Go 2 doesn’t bring many changes. While there have been some welcome improvements like a better battery and a faster processor, I would’ve liked more.

The 11th Gen Core i5 processor, while faster than its predecessor, doesn’t make much of a difference in regards to performance. And Microsoft has stuck with the disappointing 1536 x 1024 display.

Yes, this is a budget laptop and we can’t expect the fastest processors and sharpest screens at this price however the improvements Microsoft has introduced feel minimal. If you can get your hands on a now cheaper Surface Laptop Go, you’ll get the same experience as the Go 2.

It’s lovely to type on, it’s compact and has a premium-feeling aluminium build. The 3:2 ratio screen provides a nice amount of verticality and it’s reasonably priced. It just doesn’t introduce anything to get excited about, which is disappointing.