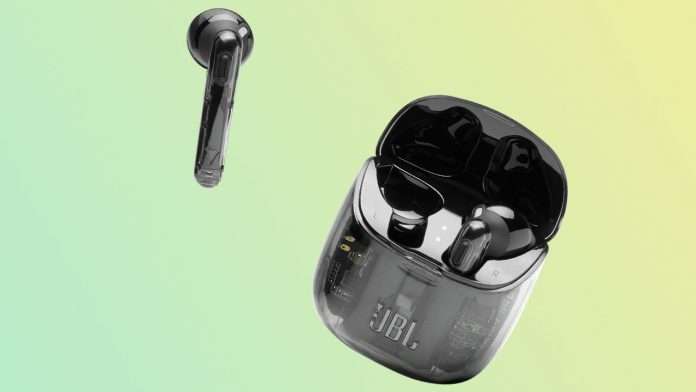 JBL’s Tune 225TWS True Wireless In-Ear Headphones are affordable and competitively priced. Unfortunately, what they save in price they lose in functionality. They struggle to produce a great sound, lack critical touch controls, and they aren’t great for exercising.

In a market that is flooded by different brands, it is hard to stand out. JBL is a well thought of brand when it comes to headphones. This brings instant attraction to the Tune 225TWS True Wireless In-Ear Headphones, and yes, they will do a job, but there are better earphones out there, for similar prices.

Mid-range earphones at a mid-range price

With the Tune 225TWS True Wireless In-Ear Headphones, JBL isn’t trying to compete with the more high-end earbuds like the Apple Airpods or the Samsung Galaxy Buds. Instead, JBL is targeting the more affordable end of the wireless earbud market, and the Tune 225TWS is priced accordingly costing NZ$200 (US$70; £90).

Much bigger than the Airpods

JBL has opted for the round frame and long stem style for the Tune 225TWS True Wireless In-Ear Headphones. The shape is similar to the Apple Airpods; however, these earphones are much longer. The stem is very long, and it is also quite thick with a single button on each stem.

I was expecting these earphones to be uncomfortable as they only come in one size. However, I found the opposite. The earbuds were comfortable and discreet, and they felt light in my ears, but the lack of size customisation could pose a problem for people with abnormally-shaped ears. An annoying facet was that I could feel it rubbing against my cheek due to the stem’s length, but I soon got used to that and didn’t notice it.

The earphones are outer earbuds meaning they don’t push right into your ear canal. I find this more comfortable for everyday music listening; however, I find that this design doesn’t provide a tight, secure fit when exercising. And without added tips for different size ears, this could pose a problem as the earbuds always give the sensation of falling out when going on a run, which gets annoying. These earbuds don’t provide moisture protection, which doesn’t make them an excellent choice for exercising.

JBL has opted for a physical button on each stem as opposed to touch controls. These buttons require quite a bit of force to press, and it can push the bud further into the ear canal. With the outer ear design, this doesn’t distort the sound like an inner ear design would. The buttons allow you to skip songs, pause playback, initiate a voice assistant and answer phone calls. These are most of the controls I needed; however, a volume button was sorely lacking.

I found the buttons were relatively reliable. You had to press the button physically which meant there weren’t many mistakes, that you can sometimes get with touch controls; however, I did have issues getting Spotify to pause with a single press of the button on the right stem.

The earbuds come with a standard charging case. It’s small, compatible, sturdy, and it works well. It has a magnetic latch and is easily able to fit in a pocket or small case. It has a USB-C charging port and came in a slick, see-through “ghost” plastic material. It also comes with “Fast Pair,” technology to quickly pair the earphones with any device, and it was fast. The connection was easy and straightforward and didn’t take long at all. This “Fast Pair,” technology is powered by Google and is only available on Android devices but pairing them with an Apple iPhone was pretty quick as well.

The Tune 225TWS True Wireless In-Ear Headphones don’t have active noise cancellation, but they do have passive noise isolation. This didn’t work very well. A small but definitive amount of outside noise would creep in when wearing the earphones. It’s less than ideal for times when there is a lot of outside noise. I would max out my volume and drown it out to counter this, but that intense volume made it feel like my head would explode after a while.

This is because the earphones have an impressive capacity for high volumes. I could make the output very loud when I needed to.

It was also easy to find a nice midpoint when listening to music. These changes in volume didn’t affect the quality of the sound. The music quality was the same at max volume as it was in the middle.

Despite the passive noise isolation being underwhelming, the sound that the Tune 225TWS True Wireless In-Ear Headphones can produce is impressive for a lower-range pair of earphones. They pride themselves on their “pure bass,” sound, and the result is decent. The sound comes through punchy, and the bass doesn’t distort other sounds.

This was due to the high-quality music file I was listening to. When streaming my songs on Spotify, the sound was a bit tinny. The bass would punch through, but the mids and highs would suffer. With most people streaming music on Youtube Music, Spotify or Apple Music, this is a substantial issue. However, at their price point, I didn’t feel disappointed in their performance. I was more impressed with the Tune 225TWS True Wireless In-Ear Headphones sound for a cheaper, more affordable wireless earbud.

I didn’t have any issues with the earbuds when taking and making phone calls. I could hear the person on the other side clearly, and likewise, they could easily hear my voice when I was speaking.

JBL’s Tune 225TWS True Wireless In-Ear Headphones have excellent battery life. The charging case can hold 25-hours worth of battery on a single charge. This is plenty for using the earbuds throughout the day. The buds themselves have a relatively small battery life of 5-hours, but they incorporate a Dual Power feature meaning you can listen to one bud while the other one charges. I don’t know anyone who wants to listen to one bud at a time, but it’s a nice added feature for those who do.

The JBL Tune 225TWS True Wireless In-Ear Headphones are good wireless earphones for their price, but they could be better. They have most of the touch features you need and have a long-lasting battery. However, they are let down by the tinny sound produced on streaming services like Spotify, inconsistent touch controls, lack of moisture protection and the poor passive noise isolation.