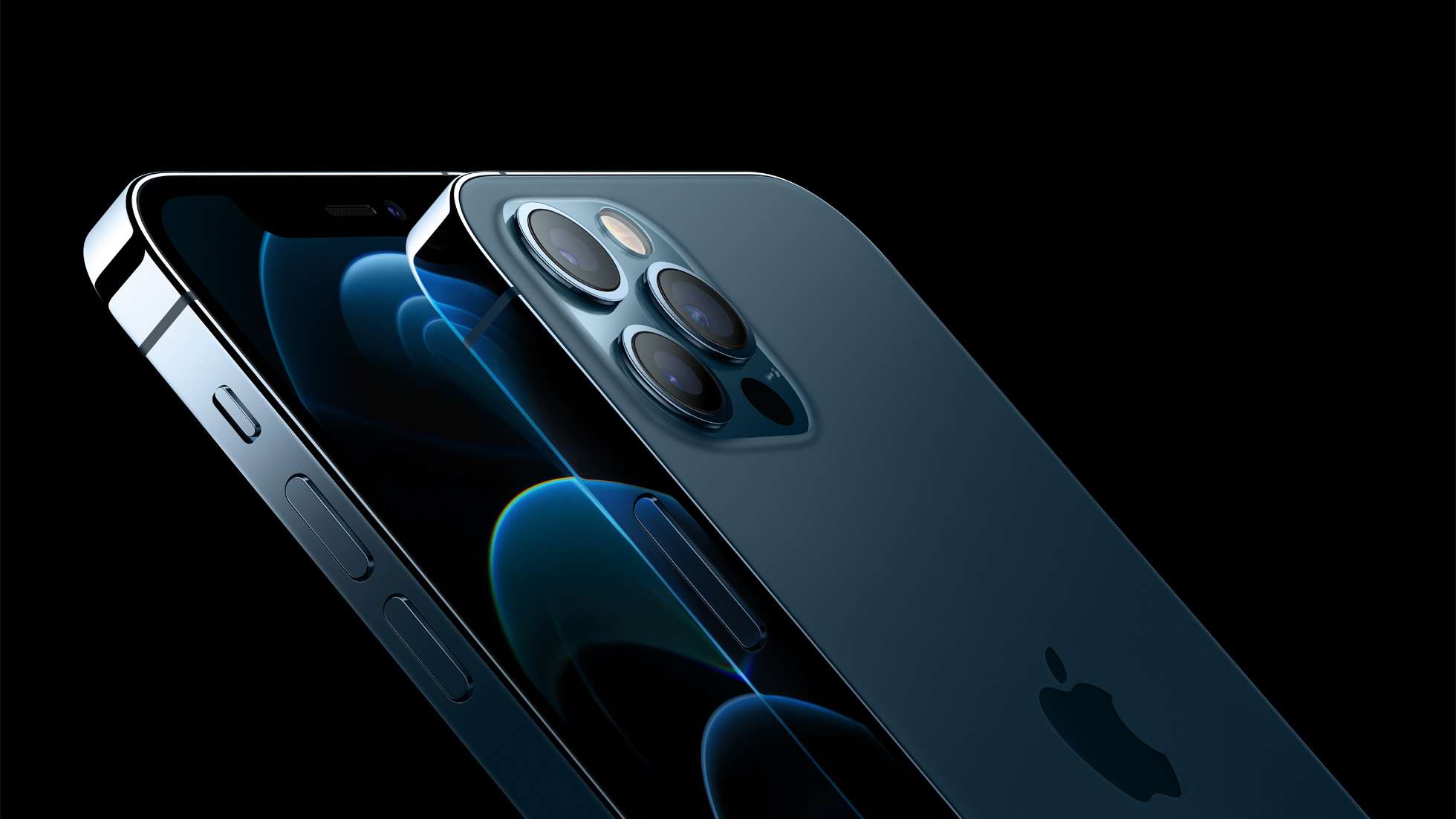 Before we go any further, it’s worth going over a few things. The four new iPhone 12 devices that Apple launched at its October Special Event share a lot of specs – just in different sizes.

Bearing that in mind, you’d be forgiven for thinking the Pro Max is just a bigger phone with bigger specs. And in a lot of ways, it is. And this is a good thing. But its the cameras that makes the iPhone 12 Pro Max the, er, Pro Max.

The easiest change to spot is the 47 per cent bigger primary sensor – the largest Apple has ever used on an iPhone. Technically, it has the same 12-megapixel resolution as previous iPhone – but the pixels are larger in this Pro Max, which means they can capture more light. Which, Apple tells us, results in an 87 per cent improvement in low-light setting (compared to the iPhone 11 Pro Max).

The Pro Max has slightly boosted specs when compared to this year’s iPhone 12 Pro too. Its ƒ/2.2 aperture trumps the standard Pro’s ƒ/2.0 aperture; it also has 2.5x optical zoom, which is 0.5x gain on the Pro.

The iPhone 12 Pro Max also has one more unique feature: something called sensor-shift OIS (optical image stabilisation) on its Wide camera. This is a floating sensor that’s designed to counterbalance any camera movements. Sensor-shift technology is popular in high-end mirrorless cameras and is brand new to the iPhone 12 Pro Max.

If you’re not up-to-speed with the latest photography technology, sensor-shift image stabilisation might be a little confusing to understand. The best way to think of it is as a physical way for the iPhone to stabilise images, that will work alongside the device’s computational image stabilisation.

The iPhone 12 Pro Max also shares a couple of exclusive features with its Pro sibling: LiDAR and the new ProRaw file format.

As space-age as LiDAR (light detection and ranging) might sound, it’s pretty easy to understand its advantages. It uses infrared lasers to measure depth. That’s essentially it. This brings two main benefits. 6x faster autofocus – because it collects data on objects in front of the camera, instantly. And improved low-light photography.

ProRAW is a feature that will be added to the iPhone Pro devices later in the year – and it will definitely appeal to photography buffs. As you probably know, saving photos in .raw format gives users a greater level of control when it comes to editing the image later. Apple takes the principles of that and adds a layer of its (very good) automatic image processing on top “So you can get a head start on editing, with noise reduction and multi-frame exposure adjustments already in place”.

What are iPhone 12 Pro Max’s new camera features like?

Well ProRaw doesn’t arrive until later in the year. So, I can’t comment on that yet. But rest of the 12 Pro Max’s photography performance is stunning.

It’s not surprising either. Ask any photographer what the most important part of taking a picture is, and they’ll tell you its all about the “light”. The iPhone Pro 12 Max’s new sensor has improved the amount of light the device can capture. Combine this with Apple’s (already) best-in-class image processing engine, and the improvements are almost expected.

Here are some sample pictures I took with the 12 Pro Max.

While all the iPhone 12s capture HDR video with Dolby Vision – the Pro, and Pro Max, let you capture video at 60 frames per second too (compared to 30fps on the iPhone 12 and iPhone 12 mini). This is where I am most impressed with the iPhone Pro Max’s camera.

The 4K @ 60fps results you can achieve, even with an unsteady-hand, are incredible. This is where the name “pro” gets its credibility.

Ultimately, whether the phone is too big or not comes down to personal taste. For some, yes, it probably is a bit too big for their needs. But that feels like an out-of-date statement. Phones have been massive for years now. The iPhone 12 Pro Max is Apple’s “massive” phone, and there’s definitely a market for that. Where this device deserves a lot of credit is its screen-to-size ratio. Space has not been wasted here.

While much of the phone feels like a steady progression of generally better specs, there is one area where Apple has leapt. The iPhone 12 screen will be 4x tougher and resilient to drops. Apple has worked with Corning, the company who has made the Gorilla Glass screens used by smartphones for the past decade, to develop the iPhone’s new display material, “Ceramic Shield”.

As per, there’s IP68 water resistance that makes the iPhone 12 water-resistant up to 6 meters for up to 30 minutes, which is three times the depth of iPhone 11 range.

As with the other three iPhones that launched in October, the iPhone 12 Pro Max is 5G ready.

That doesn’t mean much here in New Zealand right now because 5G isn’t really a thing, despite Apple claiming that “5G just got real!” during its keynote.

Not right now anyway, as 5G is only available in specific parts of Auckland, Wellington and Christchurch.

But that’s not the whole story here. Apple’s influence with carriers is what gives it “5G just got real” remark credibility. Apple revealed it was working with over 100 carriers at launch to improve the rollout of 5G globally. Locally, Spark is obviously one of those carriers. Timing an announcement – that it was turning on 5G in more of downtown Auckland – perfectly with the launch of the first round of 5G iPhone 12 devices.

But it’s more than that. With 5G coming to the iPhone 12, the ability for networks to sell 5G to customers just got real too. The massive numbers iPhone brings with it, means, all of a sudden, there’s a business case for rolling out 5G. Apple has been keen to publicise and use its good relationships with global carriers to propel, and improve, 5G as a technology too.

So while 5G might not be a big deal, or even a thing, for Kiwis right now. The expected 2-4 year lifespan (at least) of these iPhone 12 devices means they are ready to use 5G as soon as the New Zealand infrastructure allows it.

From a technical viewpoint, the 5G on the iPhone 12 is very real. It will support mmWave 5G (in the US), but every other country’s iPhone 12 handsets will only have low- and mid-band 5G. This means it misses out on the blazing-fast 5G speeds we’ve all seen advertised – but it’s not something to worry about as you (and your iPhone 12) will need to be very close to a 5G tower to make use of the technology. The low- and mid-band 5G, that’s supported here in NZ, will deliver a more stable (slower) version of 5G, at a longer range.

The iPhone 12 Pro Max’s display has had fine-tuning, rather than an upgrade. It’s largely the same Super Retina XDR display as last year’s iPhone 11 Pro Max. Just a 0.3-inches bigger.

It has the same stunning OLED panel, with a 2,000,000-to-1 contrast ratio and (now) 3.5 million pixels. I’ve seen comparison charts that tell me the 12 Pro Max has slighter higher and lower nits range, as well as other scores measuring its colour temperature, gamma and Delta E Greyscale to the nth degree. But the reality is your eyes can’t perceive the difference between the 11 Pro Max and the 12 Pro Max.

Apple has removed the wall charger from all iPhone 12 boxes. Including the NZ$2,099 iPhone 12 Pro Max. It’s not really a problem, as literally every adult in the western world already has a wall charger and Lightning cable (in a drawer somewhere) that will charge this phone.

The slight niggly here is that Apple is shipping a USB-C to Lightning cable in the box of the 12 Pro Max – and fewer people have a USB-C wall charger… and Apple charges an extra NZ$35.00 for one of these. The silver lining here is that it’s a 20W charger which Apple promises will deliver a 50% charge in 30 minutes.

The lack of charger in the box is good for the soul, though. Apple tells us the decision is good for the planet and directly results in 2 million fewer metric tons of carbon emissions each year – which is the equivalent of removing 450,000 cars from the road (each year).

Oh, there’s no cheap Apple EarBuds in the box either. But, really, who cares. They won’t be missed.

The name ‘iPhone 12 Pro Max’ is terrible. But it is also very accurate. The gap between smartphone- and professional-grade photography have never been smaller. And Apple has achieved this by maxing out the size and specs of the iPhone.

It won’t be to everyone’s taste, or budget, of course. But what Apple has created here is an achievement that, I think, needs to be celebrated. And that largely due to this phone’s amazing camera.