theBit.nz
HomeReviewsiPad mini review (2021): A lot better, in a lot of ways
Reviews 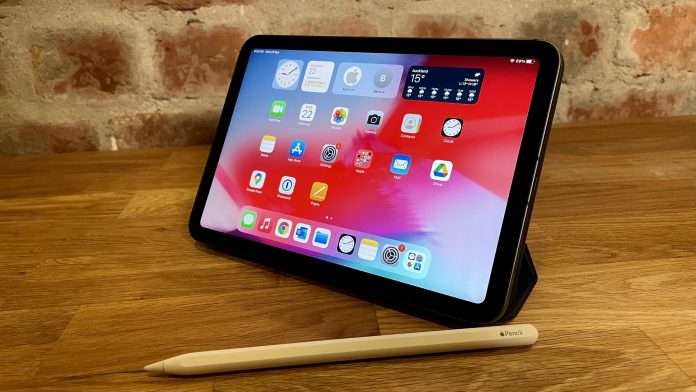 The best small-screen tablet is a lot better, in a lot of ways. Here’s my iPad mini (2021) review.

After two years without an update, Apple has brought the iPad mini in-line with its 2020/2021 stylesheet.

It boasts the same flat-edge lines we saw debuted in last year’s iPhone 12s and iPad Pros. Meaning the iPad mini looks like a big iPhone (or little iPad Pro) again and no longer like the poor relative wearing its siblings’ hand-me-downs.

As well as aesthetic updates, Apple has bumped up some of the mini’s key specs too. There’s a beefy A15 Bionic chip inside that powers a very respectable 8.3-inch Liquid Retina display, high-performance front- and rear-facing cameras, 5G (optional), Wi-Fi 6, and it now has a USB-C port. Because.

In short, it’s a solid upgrade that’s welcome, but not that surprising. Everything “new” in the 2021 iPad mini has debuted in another Apple mobile device before making its way to the mini. It feels familiar.

I used to think that Apple had several well-defined personas it designed its products for. Not any more.

My new theory is a lot more simple. Apple has three gears: good, better and the best. The iPad mini has been designed in Apple’s “better” gear.

The 2021 iPad mini has a lot of high-end specs that will appeal to a lot of users – Liquid Retina display, the A15 Bionic chip (with Neural Engine), support for the second-gen Apple Pencil and 12MP Wide and Ultra Wide cameras.

These are all impressive additions to the iPad mini, but Apple has stopped a long way short of its best specs.

There’s no FaceID, the screen isn’t XDR, there’s no ProMotion technology, no M1 chip, and only one rear-facing camera.

What does all this mean?

It means the iPad mini is a very good small-screen tablet, but it’s also a tablet that Apple could have made better (and worse).

The question I wrestle with is: “Who is the iPad mini for?” The answer, I think, is: anyone looking for a very good small-screen tablet.

Who is that specifically? I don’t know. People with small hands, people with big pockets, people who need a small tablet with up-to-date specs.

All of the above, perhaps.

The new 8.3-inch “edge-to-edge” display is the most noticeable change from the 2019 iPad mini. It looks great – more screen is an easy win for Apple – though, calling it “edge-to-edge” is a white lie as there’s roughly a 12mm bezel still.

Apple has given the iPad mini its brilliant Liquid Retina display – capable of achieving 500 nits of brightness. For context, the iPhone 12’s screen has a max brightness of 625 nits.

Below are two photos that give you an idea of its performance outside (in a sunny Auckland garden during Level 4 lockdown).

The first image is the 2021 iPad mini in the shade, followed by a shot taken in direct sunlight but positioned at an angle.

What the pictures show, I hope, is what 500 nits of brightness – with 1.8% reflectivity + a fingerprint-resistant oleophobic coating + fully laminated display + anti-reflective coating – looks like in the real world.

It’s just about passable for watching Netflix, but anything that requires more attention than that will struggle.

Turn the oleophobic up to 11 next time, maybe?

Apple is one of the few companies in the world that is seemingly unaffected by the global chip shortage.

The new iPad mini features the also-new A15 Bionic chip with a 6-core CPU and 5-core GPU setup. This, Apple confirms, means the mini’s CPU and GPU will be 40 and 80 per cent faster than its predecessor.

It encapsulates the new iPad mini neatly, as there’s probably only a dusting of demand out there for a new iPad mini with a CPU and GPU that is 40 and 80 per cent faster.

But Apple is in a fortunate position where it’s working hard on its mobile chip R&D for other (more important) products *cough* iPhone *cough* where there’s more demand.

Combine Apple’s ability to sidestep the global chip shortage, and it’s all-too-easy for Apple to give the iPad mini such a massive performance boost. Even if, as I suspect, few of its customers will notice the day-day performance improvements.

Putting the business rationale aside, the real-world performance of this A15 iPad mini is great. It zips along without a bother when you’re gaming at high-frame and high-detail rates, or doing other intensive tasks like video editing (albeit in iMovie) on-device.

The iPad mini has a 12MP Wide rear-facing camera and 12MP Ultra Wide front-facing camera. It’s a welcome upgrade to the mini and one that’s well inside Apple’s comfort zone – as there’s nothing new from Apple’s photography department here.

Both cameras will be familiar to anyone who has used an iPhone from the past couple of years. This isn’t a bad thing – photos taken with this iPad mini look great.

In the real world, users will likely enjoy the 12MP front-facing camera the most.

Its Ultra-Wide lens (122-degree field-of-view) can shot 1080p footage at 60fps. Couple this with the Centre Stage feature (auto panning during video calls). And the mini’s video calling credentials look to be well-equipped for the modern trend of Zoom calls with colleagues, or FaceTiming with friends and family across the world.

Apple has also introduced 4K video recording here too. Just because it can.

USB-C replaces Lightning as the port of choice for the iPad mini.

It’s good news, as Apple is shifting more of its devices towards USB-C connectivity, with the iPhone holding onto its Lightning port for dear life.

The USB-C port also means you can connect Apple’s keyboards and trackpads too. A good option to have. You can even charge your iPhone from the iPad mini.

The knock-on effect of USB-C means the iPad mini won’t support the first-generation Apple Pencil anymore. So you’ll have to spend $239 on the second-gen Apple Pencil – a stinging price that’s only slightly soothed by the improved usability of the more modern Pencil.

And using the Apple Pencil on the iPad mini is a natural thing as it’s roughly the size of an A5 notepad.

As per, the iPad mini is a lot more expensive here in New Zealand than it is in America. I did the maths, and the same entry-level iPad mini is NZ$139 cheaper in the US.

Apple has made the iPad mini a lot better in a lot of ways. Its design, display, processor and cameras extend Apple’s lead as the best small-screen tablet manufacturers.

The only thing it’s missing (that will appeal to the majority of users) is FaceID. Apart from that, Apple has hit the sweet spot with everything else the mini offers.