theBit.nz
HomeReviewsiPad Air 2022 review: The iPad that makes the most sense is...
Reviews

iPad Air 2022 review: The iPad that makes the most sense is now a bit better

iPad Air 2022 review: The iPad that makes the most sense is now a bit better 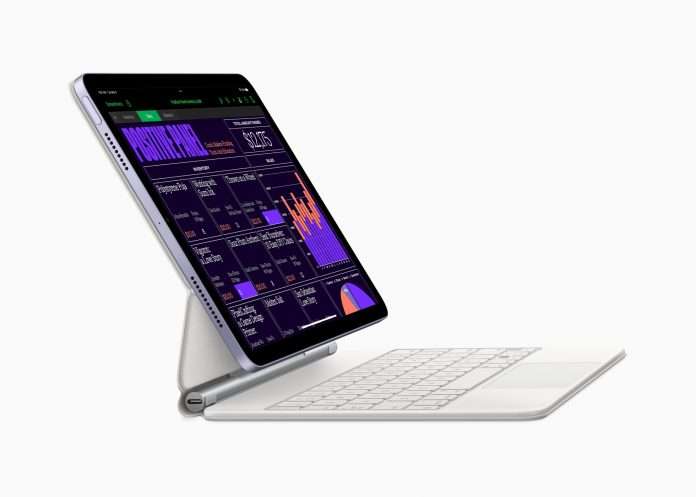 The iPad Air 2022 is a minor, rather than major, product update. Most of the components and features that made the 2020 iPad Air so great have been retained for the 2022 edition, with Apple adding an M1 chip and an improved selfie camera.

Those changes – plus an extra $50 on the RRP – are the only things that a user is going to notice. The other new bits are so minor I’m not convinced a user will notice them.

This iPad does another thing that all good iPads do: it makes you question its place in Apple’s ecosystem. The iPad Air’s features, performance, components and even price – when you add in accessories – overlap (a lot) with the iPad Pros and MacBooks.

For me, and I suspect most people, the iPad Air represents a luxury additional Apple device. It’s not a “must have” like the iPhone or Mac, but there’s something about the touch-first input the iPad offers that’s compelling. And out of all of the iPads on offer, the Air still occupies the part of the Venn diagram where features and price overhang.

As ever with iPads, the biggest competition they face comes from within. The addition of the M1 means the iPad Air now overlaps, performance-wise, with the iPad Pro range. And while the Pro still offers a bigger and brighter display, and better cameras, the storage options of the entry-level NZ$1,349 128GB iPad Pro 11-inch and the NZ$1,299 256GB iPad Air, make the buying decision a bit more confusing for the user. Apple will, of course, argue this is a good thing for the user as it represents a choice – I’m not so sure.

As last year’s M1 iPad Pros proved, the M1 chip brings a new level of performance to Apple’s tablets. This is kind of irrelevant, though; what’s more important is how the M1 performs compared to the A14 chip that was in the old iPad Air. And, to be honest, it’s hard to notice the difference – the A14 was already a fast chip.

The only real-world benefit users get from this Air having an M1 chip, opposed to the updated A15 chip inside the iPhone 13 Pro, is when performing intensive tasks such as video editing or performing large file transfers. Both activities that a “pro” user might expect to perform on their iPad rather than a casual user.

In the nitty-gritty, the M1 delivers an eight-core chip with four high-performance cores and four efficiency cores and a peak clock speed of 3.2GHz. For comparison’s sake, the A14 managed a 3.1GHz peak clock speed.

Touch ID is a frustrating feature on the iPad. Ever since Apple opted for (near) edge-to-edge screens, the location of TouchID has been forced onto the side of the iPad – meaning you need to rest your fingerprint in an unnatural position to use your biometrics to unlock the device.

If you’re using the device in landscape mode, as I do, you have to reach and twist your left hand to the upper-left side of the device and rest your finger there for a second to unlock. Yuck. It’s a clumsy compromise that FaceID effortlessly solves. Its omission from this NZ$1,299 iPad Air is one of the few negatives of the device.

The screen is the same as the previous generation. Here’s what I said about that when I reviewed the iPad Air back in 2020:

“Now you get a 2,360 x 1,460 resolution Liquid Retina Display with a pixel density of 264 ppi. It comes with Apple’s True Tone technology – that adjusts colour temp to suit your environment – and supports the wider P3 colour gamut.

It’s not quite the same screen as the iPad Pro, though. There’s no 120Hz refresh rate and 500 (not 600) nits. It’s a different size too, oddly. Despite fitting the same accessories as the 11-inch iPad Pro, this Air’s display measures in at 10.9-inch. Why? I couldn’t tell you. What I can tell you is that it doesn’t make a difference, and you’re not going to notice the difference.”

That still holds up. The screen is fine. Unless you have a specific need that requires the iPad Pro’s 120Hz, HDR10, Dolby Vision, 600 nits (typ) display – the quality of this is more than good enough.

One of the biggest points of difference from the iPad Air 2020 is the upgraded front-facing camera. Now the Air has a 12-megapixel ultrawide camera that supports Centre Stage (an Apple-branded feature that automatically pans the camera to centre your face in the middle of the shot).

The only issue I have with the Air’s front-facing camera is its location. It’s located to the left when you’re using the iPad in landscape mode (which it has to be when docked in a Magic Keyboard accessory). It means a device that is nearly perfect for video calling, captures its users from an unflattering up-the-nose/side-of-the-cheek angle. Apple only semi addresses this with its Eye Contact for FaceTime feature that makes it appear as if you’re looking at the camera.

In short, the iPad Air is still fine for photography with its rear-facing camera, and the selfie camera is a welcome improvement, but there’s still work to do here.

What else do you need to know?

The iPad Air 2022 is a well-executed update of an already-very-good product. The introduction of the M1 chip is a no-brainer – that brings obvious benefits with performance and battery life – while the updated selfie camera makes complete sense during an era where video calls are booming.

Questions still remain about the iPad Air’s low 64GB entry-level storage option, and the cost nearly doubles when you add the Apple-approved and Apple-recommended accessories (pencil and keyboard). But the iPad is still in a league of its own – its display, speakers, performance, battery, accessories, and ecosystem remain unchallenged. And of all the iPads now available, the iPad Air 2022 is the iPad that will make the most sense for most people.