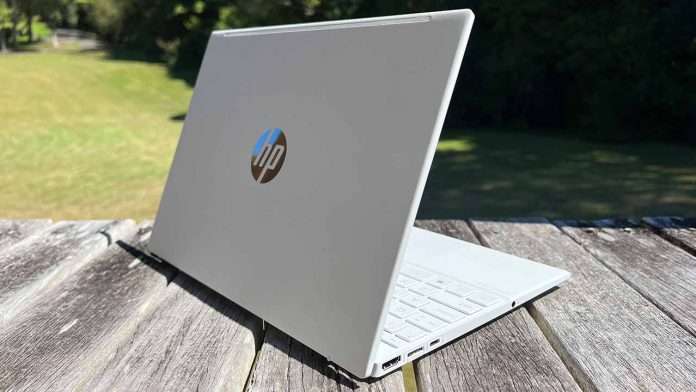 The HP Pavilion Aero 13 is an ultraportable laptop that has a lot going for it.

The best thing about this laptop is its price. At $2,239 it’s significantly cheaper than other laptops in the same class. And it performs just as well, if not better.

Instead of cost-cutting when it comes to performance, HP have done it in ways that are less impactful. Instead of a 4K UHD+ display, the Aero 13 has a lesser but capable 1920×1200 screen. Instead of facial recognition for Windows Hello, they’ve implemented a fingerprint scanner. And the speakers, well, they’re terrible but who uses laptop speakers these days?

For an ultraportable laptop, a 4K screen, great speakers and facial recognition aren’t necessary. Price and performance are what people are, or at least should be, most concerned about and on that front HP’s Pavilion Aero 13 is best in class. If I was to buy an ultraportable, this is what I would buy.

The HP Pavilion Aero 13 at max specs costs $2,239. This is an excellent price for an ultraportable laptop.

It’s hard to qualify (especially as laptops come in many variations) but to put it into perspective, our review version of the Aero 13 has an AMD Ryzen 7 5800U processor, 16GB of RAM and 1TB of storage, all for just $2,239.

With this in mind, HP’s Pavilion Aero 13 is very well priced.

The Pavilion Aero 13 is compact and well-designed, ideal for use on the go. Not only is this an ultraportable laptop, it’s also ultralight. Amazingly, it weighs less than 1kg. And it looks great too. Our review device sported the Ceramic White colour scheme and it looks sleek and stylish

Typing on this laptop was fine. The keys are well-spaced, but I would’ve liked them to be a bit more springy. The mouse trackpad wasn’t as responsive as I would’ve liked. Clicking required more force than was comfortable, and often I would have to swipe my finger across it several times to get where I wanted to go.

The Pavilion Aero 13 supports Windows Hello, but probably not as you’d expect. While there is a 720p camera at the top of the device, you can’t unlock the laptop with facial recognition. Instead, the Aero 13 utilises a fingerprint scanner below the keyboard. I didn’t have a problem with this. It’s quick, accurate and if it keeps the cost down, I’m more than happy to forego facial recognition.

There’s a decent amount of ports here too. There’s an HDMI port, 2x USB-A ports, a USB-C port, a headphone/microphone jack and of course, a charging port. I was happy with this amount. It meant I could plug it into my TV, and I was never left wanting more ports.

To get to a $2,239 price point, concessions will have to be made. And in the Aero 13, most of the cost-cutting has occurred in the display.

For an ultraportable, its fine. Watching YouTube videos and scrolling through social media doesn’t require the latest and greatest 4K monitor. And again, if it keeps the price down, I’m happy with that.

I liked the 16:10 display ratio. It provides more vertical space, which I think is better for work and surfing the web. The Aero 13 has a 90% screen-to-body ratio. The bezels are slim and unobtrusive. The display cleverly feels big without forcing an increase in the devices physical size.

The screen has a maximum brightness of 400nits, which is high for a laptop at this price point. It was hard to see the finer details of the screen when sitting in direct sunlight, but I had no issues in bright rooms like a library or office.

Our version of the Aero 13 had AMD’s eight-core Ryzen 7 5800U processor. This is one of the fastest processors you can get in a slim laptop like this. And it didn’t disappoint.

For basic usage such as surfing the web or doing work, it didn’t falter. I never had any slowdowns or stuttering issues, even with multiple Chrome tabs open, Spotify playing, and a YouTube video going at the same time.

It also wasn’t bad for gaming. Less graphically-intensive games like Skul: The Hero Slayer and Terraria ran smoothly at 60fps. I also tried Valheim, but it struggled, running at an average of 20fps. Interestingly, Forza Horizon 5 (what I would consider a more graphically-demanding game than Valheim), ran quite well managing 30fps with all graphics settings on low. This may have been due to game optimisation though.

If you’re looking for a laptop for gaming, this isn’t it; however, it is nice to know that it can run some less-intensive games without issues.

Video editing is a different story. It simply isn’t a laptop for demanding processes like rendering videos. Because it uses an AMD processor, it means there’s no Intel Quick Sync for faster encoding and decoding. Rendering a video with this laptop took over 15 minutes. It’s just not up to the task. I don’t think that’s an issue, though. If you’re looking for a video editing laptop, you probably shouldn’t be looking at an ultraportable.

For a laptop this affordable, the battery is excellent. HP claims the Pavilion Aero 13 lasts 11 hours with moderate usage.

Throughout our testing we found this to be true. The Aero 13 lasts a long time, ideal for an ultraportable.

The worst part about the Aero 13 was the speakers. Although HP’s marketing seems to be proud of the dual speakers designed by B&O, they’re rubbish.

The sound is tinny, quiet and lacks bass. You’ll definitely want some headphones when using this laptop.

The Aero 13 has a 720p HD Wide Vision camera. Nothing special here, it’s there if you need it but don’t expect to be blown away by its capabilities.

If you’re looking for an ultraportable laptop, running Windows 11, the HP Pavilion Aero 13 is what I think you should buy.

It’s incredibly light and looks great, it performs far better than I expected, has very good battery life and best of all, it’s well priced.

Significantly cheaper than its competitors, the Aero 13 is just as powerful and just as user friendly. At this price there has to be some cost-cutting and with the Aero 13 it’s in the display and the speakers. Neither of these features make or break an ultraportable though. The display is a vibrant 1920 x 1200, 16:10, 60Hz screen that’s easily good enough for ultraportable type uses. The speakers are the weakest point, but in today’s Bluetooth headphone world, it’s not an issue.

If you’re looking for an ultraportable then you’ll love HP’s Pavilion Aero 13, not just for what it can do but on how much it saves your wallet as well.