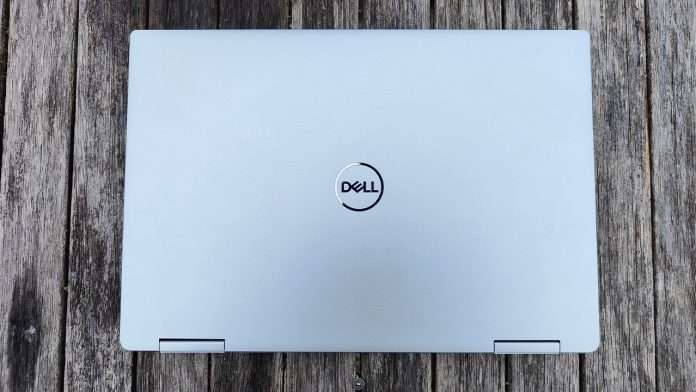 Dells’ XPS 13 is a 13-inch laptop that’s good at being a laptop, but struggles as a tablet.

It has an 11th Gen Intel processor that can easily handle having several Chrome tabs open, it’s small and lightweight, it’s great for typing, and it has a responsive touchscreen. But that’s about it.

Nothing is surprising or memorable about this laptop. Since the beginning of the year, Microsoft-based laptops have needed to up their game in order to compete with the dominant M1 MacBook Pro’s.

The aluminium materials used in the exterior of this laptop make it strong and sturdy. The double anodized edges are polished, and it gives the XPS 13 a premium, classy look.

The interior is made from carbon fibre, and the screen is made out of the latest Corning Gorilla Glass 6. There aren’t any weaknesses in the XPS 13. It’s strong, very strong.

The keyboard is well laid out and spacious. It’s comfortable to use, and the keys are responsive. It doesn’t have a Numpad, but that’s to be expected in a 13-inch laptop.

The trackpad also works as it should. It’s large and responsive. It works well.

The XPS 13 comes with 2x Thunderbolt 4 ports with power delivery and display, a headphone jack and a MicroSD card slot. It’s disappointing there isn’t at least one USB-A port, but Dell has included a USB-C to USB-A adapter in the box, which is a nice touch.

This is a 2-in1 device, and the screen can flip around, making the XPS 13 a tablet. It has two strong hinges that are rigid and prevent the screen from moving unintentionally. However, I didn’t enjoy using the XPS 13 as a tablet. In its tablet form, it’s thick and uncomfortable to hold. I also had no real reasons to use it in this configuration. It’s small enough as a laptop. With that said, it has a responsive touch screen that was effective and easy to use.

The display on our review copy of the XPS 13 was relatively unremarkable.

I did enjoy the size of the screen. It’s a 4-sided InfinityEdge display that allows for a 16:10 aspect ratio and a 91.5% screen to body ratio. For a small laptop, the display feels large, and that’s great.

It can easily accommodate watching YouTube videos or Netflix but don’t expect to be amazed by the display on this version of the XPS 13. If you want to be amazed, you’ll need to cough up an extra $1,500 for the UHD+ version.

The XPS 13 is capable of doing what it needs to. This is an ultraportable laptop designed to be used for resource-light tasks like typing or surfing the web. And it does this well.

The Intel i7-1165G7 processor is fast enough to accommodate having multiple tabs open in Chrome while listening to Spotify, and the startup times are minimal. Just don’t expect much more than that. This isn’t a laptop made for playing games or rendering videos.

The XPS 13 is just another example of how Intel processors are struggling to keep up with the power of Apple’s M1 chip while being the same price or, in some cases, more expensive.

The XPS 13’s main feature is its ability to be used as a laptop and a tablet. But as a tablet, it doesn’t work very well.

This isn’t necessarily Dell’s fault. Devices running the Windows OS don’t work well as tablets. Many Windows apps aren’t designed to be used on a tablet, and Windows tablet mode is a long way behind Apple’s iPadOS. It’s fiddly and hard to use. Simply trying to resize windows on the XPS 13 in tablet mode was difficult, and navigating from window to window was just as problematic.

The XPS 13 also doesn’t feel pleasant as a tablet. While the InfinityEdge display makes the screen a great size, holding it with my hands on the keyboard underneath didn’t feel comfortable.

I never needed to use it as a tablet. It’s compact enough to sit nicely on my lap, and it works so much better as a laptop.

The benefit of having a lower resolution screen is the battery life.

The FHD+ version of the XPS 13 boasts 19 hours of use on a single charge.

This varies based on your usage and brightness levels, obviously. Using the XPS 13 for minimal tasks at 50% brightness had minimal impact on the battery life.

We found Dell’s claims to be accurate. The XPS 13’s battery lasts a long time.

As a laptop, the XPS 13 can do everything it was designed to do. This is an ultraportable device made for light tasks like watching YouTube, surfing the web and typing.

As a tablet, it doesn’t work as well. It’s clunky to hold, many Windows apps aren’t designed to be used in tablet mode and it’s annoying to navigate.

While the battery life is impressive, there isn’t anything special about the XPS 13. It has an average display, it doesn’t perform nearly as well as the 13-inch M1 MacBook Pro and it’s the same price.