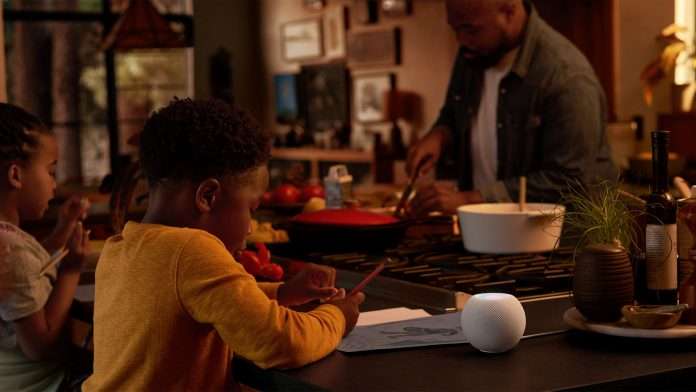 Apple debuted the HomePod mini in September 2020. Now, over 200 days later, it’s available in New Zealand. The reason for the delay is a bit odd: Siri on the HomePod mini wasn’t ready for the Kiwi accent, apparently.

Is the HomePod mini worth the wait?

It’s a difficult one. The HomePod mini is a brilliant-sounding device (more on this below), but it’s not the best sounding smart speaker you can buy.

That said, there are few things that the HomePod mini can do that Amazon and Google’s smart home speakers can’t. Its biggest point-of-difference it offers is its ability to recognise different users’ “Hey Siri” commands and tailor its results to match – this is very useful in a busy household.

Whether this is a good or bad thing will depend on how invested you are in Apple’s ecosystem and how aligned your personal values are with Apple’s.

Audio performance is good, really really good… but not “wow”

Apple knows what it takes to achieve great audio. The AirPods Max and the recently discontinued HomePod (original) are examples of where Apple has gone all-in on audio hardware to achieve great sound.

Unsurprisingly, Apple charges top dollar for its top-end audio hardware. So it’s probably not a surprise to learn the $159 HomePod mini is not in that league.

It produces good sound – a surprisingly good sound for such a compact speaker, in fact – but it’s not much more than “good”. The mini’s output is controlled and clean throughout its range. There’s no distortion or snare-y bass from this little ball, nor is there any warmth or depth.

Part of the sell from Apple is that the HomePod mini features an Apple-designed acoustic waveguide to direct the flow of sound down and out toward the bottom of the speaker for an immersive 360-degree audio experience.

I’m not about to pour cold water on that; the sound from the mini is balanced from all angles.

Whether you should care about this is a different matter – the HomePod mini is reliant on a cable for power, which means you’re going to do what you’ve always done with speakers and put it in a corner, or against a wall. Meaning 360-degree audio is a redundant feature.

My kitchen has an Echo Show in one corner and a HomePod mini in the other (on top of the fridge). The Echo Show has a more powerful speaker and is a device I’m very familiar with (as I’ve been using it for over a year).

But when I’m in my kitchen, I say “Hey Siri” a lot more than I say “Alexa”. There are two main reasons for this.

First, I find the HomePod mini is a beat quicker at responding than the Echo.

Apple, unlike Google and Amazon, isn’t interested in my voice commands on a personal level. Both Google and Amazon see me, and my voice data, as being ‘the product’ in one form or another. And have reason to build complex profiles of my personality on their systems.

And while Apple does store a transcript of my searches on its servers (for up to six months), it does so with a layer of encryption and a random, device-generated identifier.

It’s hard to emphasise the comfort I get from knowing my voice searches are private. But it’s definitely a thing.

Siri isn’t as bad as you think

Siri has a bad reputation as a voice assistant. It’s often regarded as being less smart than Alexa and Google Assistant. This, we’re told, is a result of how Apple collects (or doesn’t collect) the same levels of voice recordings as its two rivals.

It’s a bit harsh too. As far as I can tell, they’re all as bad as each other.

With that big caveat in place, the HomePod mini is easy to use. Saying things like “Hey Siri, play Oasis” Or “Hey Siri, what’s the weather doing today” works 99/100 times.

The benefit HomePod mini has over Amazon and Google smart speakers is that it recognises my unique “Hey Siri” command and can tailor its response based on the information stored on my iPhone (without that data leaving my home network).

This means I can get my messages, reminders, notes, and calendar appointments from the HomePod mini and not my partners. It’s neat, albeit a bit on the niche side.

Part of what makes smart speakers “smart” is their ability to let you control smart home devices (with your voice). And the HomePod mini gets a passing grade here. Just.

You can control your Philips Hue, or Nanoleaf lightbulb(s) by saying, “Hey Siri, turn on my bedroom light” or “activate a [Scene]” you’ve configured in your Home app.

However, connected devices still need to be HomeKit compatible to work with the HomePod mini still. This is despite Apple making Thread technology a thing with HomePod mini.

Oh and the mini won’t let you control Spotify with voice commands either – just Apple Music and Deezer(!?). Not ideal.

There’s not a huge amount to get excited about from a design point of view. This mesh-wrapped Magic 8-ball inspired smart speaker isn’t all that impressive. Nor is the mini LED touchpad on top.

It’s a design that will submissively blend into the corner of your home.

Though that, as far as I am concerned, is all you want from a smart speaker. Heard and not seen.

There are a few more neat tricks:

The HomePod mini is a solid smart speaker that will appeal to users who are committed to the Apple ecosystem. It’s a good-looking device that produces good (not great) sound and comes at a not unreasonable price point.

The mini brings lots of unique Apple-y features with it like Intercom, Computational Audio, better privacy, and a slick setup routine.

Improved privacy aside, there’s no “must-have” feature that makes this (almost) entry-level Apple smart speaker a better choice than the speakers Google and Amazon offer at more affordable prices.

While the HomePod mini is a welcome and overdue addition to the Kiwi smart speaker market, it doesn’t come with the same “wow” factor some other Apple products have.

The lack of Spotify integration is a big miss too.

Facebook
Twitter
WhatsApp
Linkedin
Previous articleVodafone to discontinue TBox cable TV on July 10
Next articleAudeze Mobius review: This high-end gaming headset can do it all!