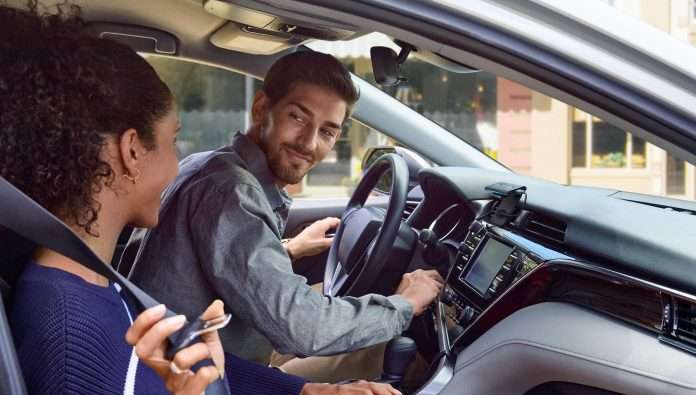 Let me start by saying something obvious: the Echo Auto (NZ$89; AU$79; UK£49; US$49) is a piece of hardware designed to bring the Alexa voice assistant to your car. But that’s what I like the most about the Echo Auto. Its rapid Bluetooth connectivity is, oddly, a really impressive and valuable feature.

I’m serious. After you’ve started your car, your phone will connect to Echo Auto in less than two seconds. And the ability to say “Alexa, play Spotify” almost instantly – without having to fiddle with wires or take your phone out of your pocket – is great.

Amazon is keen to push the Echo Auto as a co-pilot too. “Alexa, how long will it take me to get home” or “Alexa, give me directions to the nearest coffee shop” is the idea.

It’s a clunky experience though. Asking for directions will result in a notification being sent to your smartphone – meaning you need to unlock your smartphone and open the notification, which then opens tour default Map app. You will also need to grand the Alexa app averse to Location services on your device – something I wasn’t comfortable doing.

You can ask Alexa other stuff, of course. Weather forecasts, sports results, conversions, or even request she plays (hosts) a game with you.

What’s the point in the Echo Auto?

This is a confusing product. I’ve found myself thinking “what’s the point in Echo Auto?” probably 200 times while testing and reviewing the device.

The point from Amazon’s perspective is obvious. Alexa is one of three leading voice-control assistants, and its two rivals, Siri and Google Assistant come built into every new car that rolls off a production line – thanks to Android Auto and Apple CarPlay compatibility.

Apple and Google’s advantage is compounded further, as literally every smartphone runs either an iOS or Android operating system. This puts Amazon and Alexa at a big disadvantage in a really important voice control market (driving).

The point from a consumer’s perspective, the point of the Echo Auto is less obvious. There’s an argument to be made that suggests the Echo Auto allows users to access their Amazon services easier with this piece of hardware. Something you can’t do with Siri or Google Assistant. And yes, saying “Alexa, order more loo roll” is now a realistic in-car purchase possibility thanks to the Echo Auto. However, the Echo Auto has been released in countries where Amazon’s presence is barely, er present.

Here in New Zealand, there’s little to be gained from asking Alexa to buy groceries from behind the wheel.

Here’s the point. The average age of a car in New Zealand is 14.4 years. Very few cars made before 2005 came with Bluetooth and hands-free connectivity. The 3.5mm AUX cable and Micro USB Cable – that powers the device via the 12V cigarette lighter adapter (also included) – is an affordable way of retro-fitting Bluetooth connectivity and Alexa voice control to your car.

Does the Echo Auto fit all cars?

You wouldn’t call the Echo Auto a good-looking device. But it’s not an eyesore either. Amazon has done a good job at making the Echo Auto universally easy to mount with its air-vent cradle and magnetic clip. Sadly, there’s no way to avoid the two snaking wires that are required for power and the 3.5mm AUX connection. My advice is to spend a bit of time when you instal the device and try to keep things as neat as possible.

On the front of the Echo Auto is two buttons: a microphone on/off button and an Action Button. There are also eight front-facing microphones that do a good job at recognising “Alexa” commands against the challenging backdrop of road noise and car stereo noise. The eight mics don’t always catch your “Alexa” on the first go, but you definitely don’t need to shout at the Echo to shock it into action.

The final design feature of note is a light bar that lets you know its listening alongside a (albeit delayed) notification ding. Both are a bit “meh”.

That said, it’s important to note that this is Amazon’s first Echo Auto product. Amazon already has a rich history in releasing unpolished debut products. The original Kindle and Fire TV Stick are two examples of hardware that got the job done with little aesthetic finesse. Both products have continued to steadily improve their design and functionality as they were updated over the years. I expect the Echo Auto to follow suit.

Should I buy the Echo Auto?

If your car already has Bluetooth connectivity then I’d suggest saving your money here – Siri and Google Assistant are both good enough for any voice command you will need to give while driving.

If your car only has an AUX input, then this product will look a lot more appealing. As I said above, the ability to get into your car, turn it on and two-seconds later say “Alexa, play whatever” while you’re reversing out of your driveway is what this product is all about.