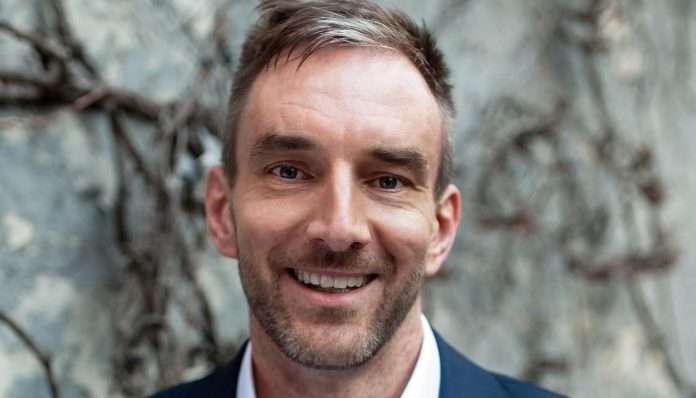 If you’re a New Zealand business that wants to raise capital or an investor who wants to invest in a private company your first port of call is likely to be Snowball Effect, New Zealand’s leading private equity marketplace, which has raised $115m for Kiwi companies across a broad range of industries since its inception in 2014.

With bank interest rates low and the housing market an increasingly difficult proposition, many are looking for new investment opportunities at the very time a broad range of kiwi start-ups are going the equity crowdfunding route to raise capital.

I reached out to Snowball Effect co-founder and CEO, Simeon Burnett, to find out more.

Connect growing companies with the capital they need – on the face of it it sounds simple. Why should companies use Snowball Effect?

Snowball provides a full suite of services for companies who want support and guidance as they embark on their capital raising journey. We provide a range of capital raising options, from a private raise from a small syndicate of investors, through to a full public offering. This is supported by development of the key offer documents. We also provide back office services such as nominee management, cap table management via our sister company Orchestra.io, and white label share trading technology.

I’m sensing the investment literacy of the average New Zealander is a lot more robust today than in previous generations – thanks to Hatch, Sharesies, KiwiSaver etc – what’s your view?

There is certainly simpler access to financial information in an easy to understand format than what there was 10 years ago, and with more options for people to self manage and choose what they do with some of their surplus income, so you would expect that this would support improved levels of financial literacy. With housing becoming less of a realistic option for a lot of people, there are many who are seeking alternative ways of earning a return. However, I think it’ll take a generation to see a fundamental shift in financial literacy in NZ, which I think is still poor by OECD standards.

What’s your view on investing in cryptocurrencies, they seem to be especially appealing to younger investors?

I think the volatility of crypto can make it quite an addictive product for people, and there is a lot of content on social media supporting the rise of the sector. We are now beginning to see some crypto, particularly bitcoin, gain more mainstream attention from the traditional capital markets sector – largely due to the size of its market capitalisation. Personally, I think it’s an interesting sector, and probably worth having some long term capital invested, while recognising how incredibly volatile and speculative most of it is.

Equity crowdfunding is now seven years old in NZ – what changes have you seen in that time?

NZ has been no different from other countries such as the US and UK, where I think like any new industry it’s taken time to find its feet, and is now a far more accepted way to raise capital and onboard investment from quality investors than it was even 3 or 4 years ago. We’ve also seen traditional private equity and venture capital syndicate rounds with funding platforms – but as expected this has taken a few years to begin to happen, but is now commonplace, particularly in the UK.

How big a role does the personality of a founder go to the success of a capital raise?

It can certainly play a role, particularly if a founder comes across as defensive or evasive.

I recently talked to Rewardhub’s Michael Fuyala who bemoaned the lack of early stage investment in New Zealand by New Zealand investors – is this changing?

I think it’s changed a lot over the last 7 years. There are a lot more capital and capital raising options now than there were when we started. Right now it’s a great time to be a founder, the VC fund market has developed significantly with multiple funds in market, and there are plenty of individuals and family office groups who are prepared to back young companies.

Why do some tech start-ups go the equity crowdfunding route rather than the VC route?

Some firms just won’t suit the VC model, who are generally after highly scalable, potentially global businesses that can grow very fast. Not all firms fit this mold. This isn’t a bad thing – they just have a different risk/return profile. In parallel, often CEOs and founders don’t want to get on the VC capital raising path, they’d prefer to have family office groups, or individuals who are investing their own money as part of the journey. Others like the idea of the marketing benefit that a public capital raise can bring, giving the chance for their customers to also own a slice of the business. Ultimately founders don’t have to choose one or the other – we’ve seen plenty of cases where these different funding groups can be part of the journey, at different stages of a company’s funding lifecycle.

Last year you were accredited as an NZX Sponsor – how big a job is it to support a company to go public?

It’s not too different from the work we’ve been doing for the last few years. There is more compliance involved with an NZX listing, but many elements are the same. Ultimately we want to be able to support companies with capital raising solutions irrespective of their size and stage, and be there to provide them funding solutions as they grow and mature.

What should a new retail investor keep in mind when considering investing is a NZ tech company?

Build a portfolio. Start off with a small investment, and build up as you learn more about the asset class. These are long term investments most of which will be fairly risky, so only invest the cash you can afford to lose.

Is there a trend of NZ companies staying private for longer?

Absolutely. This is not unique to NZ – it’s been a trend for a long time all over the world. One of the main reasons we built Snowball Effect was to allow people to get access to companies that may always stay private.

We’ve seen some big acquisitions of NZ tech firms recently by wealthy overseas entities – is that a win or a loss for New Zealand?

Definitely a win in my view. That sort of activity encourages others to build businesses, seek investment, and shoot for the stars. For those involved with the exits, the experience and remuneration tends to be recycled back into the NZ sector to help build the next generation of businesses. The reality is that NZ isn’t big enough for those businesses to be acquired domestically – for their founders and investors to find liquidity they require an international investor to purchase them, particularly if the company has no desire to be publicly listed.

What’s your view on SPAC’s?

Thankfully the market for SPACs seems to have cooled a bit, which hopefully will bring a bit of sanity to the sector. For the right companies and investors SPACs can work well, however as a whole the sector doesn’t appear to have proven itself as attractive for a broad range of investors.

How has the pandemic impacted on the investing landscape here?

The pandemic has certainly planted the idea of investing online firmly in investors minds. In early 2020 many felt that investor sentiment would cool significantly, but aside from March/April 2020, we’ve seen a particularly buoyant investor market as people seek out less traditional asset classes for a return.

What plans do you have for Snowball Effect in the near future?

We are continuing to raise more capital for larger businesses, while also bringing new products, across different asset classes into the market – something we hope to have done by early 2022.

What are some of the exciting businesses you’re currently working with at Snowball Effect?

We’re looking forward to doing another round with EV company UBCO, who are about to embark on their US50m Series B. They’ve made some great headway over the last few years, and plan to list over the next 12-24 months.

Exclusive: James Dyson talks about talented Kiwis, embracing failure, and what happened to the Dyson Car