We spent a day looking for Covid and Vaccine disinformation on Facebook: Here’s what we found

16/11/2021
0
0
HomeOpinionWe spent a day looking for Covid and Vaccine disinformation on Facebook:...
OpinionNews

We spent a day looking for Covid and Vaccine disinformation on Facebook: Here’s what we found 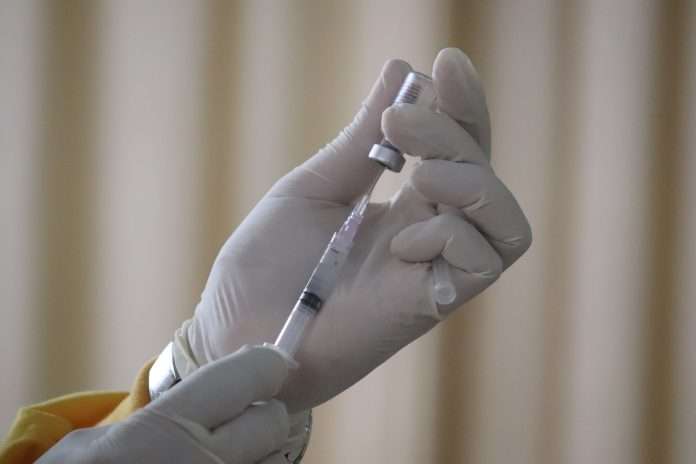 Like most of us who believe in science rather than crackpot conspiracy theories, I’d unfollowed the few Facebook friends who – out of the blue – started posting anti-vaccination rants.

But here I am, under the guise of journalistic research scrolling my least favourite platform in search of Covid-disinformation and attendant craziness – to see what’s still out there after Facebook – now Meta – accelerated its moderation efforts.

Meta contends that it has taken down a total of 20 million pieces of COVID-19 and vaccine misinformation from both Facebook and Instagram since the beginning of the pandemic.

As the pandemic ravaged North America in 2020 Facebook had already changed the search functions in its News Feed so that when users search for vaccine or COVID-19 related content they were led to “relevant, authoritative results and provide third-party resources to connect people to expert information about vaccines.”

It also said it was going to start showing messages in its News Feed to people who had liked, reacted or commented on harmful misinformation about COVID-19.

It would then connect them to COVID-19 myths debunked by the WHO including ones already removed from the platform.

“We want to connect people who may have interacted with harmful misinformation about the virus with the truth from authoritative sources in case they see or hear these claims again off of Facebook,” said Guy Rosen, Facebook’s VP of Integrity.

Still, it was only a few months ago that President Biden stated that “They’re [meaning Facebook] killing people … the only pandemic we have is among the unvaccinated, and they’re killing people.”

And worse was to come for Facebook as documents recently disclosed by whistleblower Frances Haugen show that it knew full well that covid and vaccine misinformation was rife on the site. It also knew what kinds of users were most likely to share falsehoods and had the means to stop them.

When data scientists at the company asked for resources to monitor COVID-19 misinformation, they were ignored by company leadership.

Research released this year by the Center for Countering Digital Hate and Anti-Vax Watch showed that a small number of anti-vaccine accounts – the so-called “disinformation dozen” – were responsible for vaccine falsehoods that reached tens of millions on Facebook and Instagram as well as YouTube and Twitter.

Among them were pseudoscience physicians Joseph Mercola and Christine Northrup, various wellness coaches and bodybuilders, and Robert F Kennedy Jr, the nephew of President John F Kennedy, who has more than 300, 000 followers on Facebook.

Despite this, it’s clear that Facebook’s efforts have curtailed the anti-vax crowd locally.

After hours searching on the platform I have to give Facebook some credit – publicly available anti-vax content has been limited. Yes, it’s there if you want to find it, but the restrictions have helped – and perhaps pushed users to other platforms like Telegram.

In July Facebook took down NZ group Voices for Freedom for posting Covid misinformation that could cause physical harm.

But there are still plenty of groups promoting anti-vax and conspiracy theories on the platform – it’s just that they are getting a lot more adept at sidestepping the platform’s misinformation rules – often representing themselves as purveyors of “Freedom”.

Overseas many such private Facebook groups faced with a ban have simply changed their names to something benign like Dinner or Dance Party with the same moderators at the helm.

They also regularly employ code words such as referring to vaccinated people as “swimmers”, the act of vaccination as joining a “swim club” and “Pfizer” as “pizza”.

When I typed in anti-vax into Facebook’s search engine I was fed a lot of mainstream media stories about the vaccine along with clips and videos of the daily press briefings.

Clearly, those search restrictions are working.

However, when I searched under groups using Freedomnz I got The Freedom and Rights Coalition, which has over 30,000 likes.

“We may separately have very different frustrations, but we collectively stand together as we all agree on this one thing… this government needs to go!” – runs its descriptor.

Whangarei’s branch of the Freedom and Rights Coalition, a public group with over 5,000 users, in an area that has low-vaccination rates, also popped up. Recent posts include info on joining last week’s nationwide traffic protest Great Gridlock – with some wondering where to buy the NZ flags to fly from their vehicles – (it seemed to be that the $2.00 shop was the place) – with another piping in that “The Natuonal Flag flown upside down is the International signal of distress…I request we signal our distress” to many likes.

Hot topics were the recently announced vaccine mandates, as well as some run-of-mill, almost quaint, conspiracy posts that claim Bill Gates, Klaus Schwab and George Soros are behind a New World Order.

But you need to drill down into the comments to get a sense of the true tenor of the group’s members – “Arrest the whorse and charge with treason and economic sabotage and murder” or the inevitable all caps messages – “DEATH IS WHAT JABZINDA IS AFTER” or “BOYCOTT ALL BUSINESSES THAT ARE DOING THE “NO JAB, NO JOB” MANDATES AND/OR BEING DISCRIMITIVE TOWARDS [email protected] PEOPLE. START NOW”.

It’s as much anti-government as it is anti-vaccine, an echo chamber of misinformation where nebulous concepts of freedom sit alongside bogus science claims and paranoid fear-mongering.

“Came down the Desert Rd on Thursday and there were many Army Vehicles off in the dirt tracks and also driving along the road,” reads one comment. “Have never seen that in 20 years of driving that road. What is going on???? This does not ‘feel’ right. All the vehicles were fitted with mach.guns in the turrets.”

One doubts that anyone following these pages or groups would be swayed by Facebook directing them to any “authoritative sources”.

These people have their unvaccinated, free-thinking minds made up.