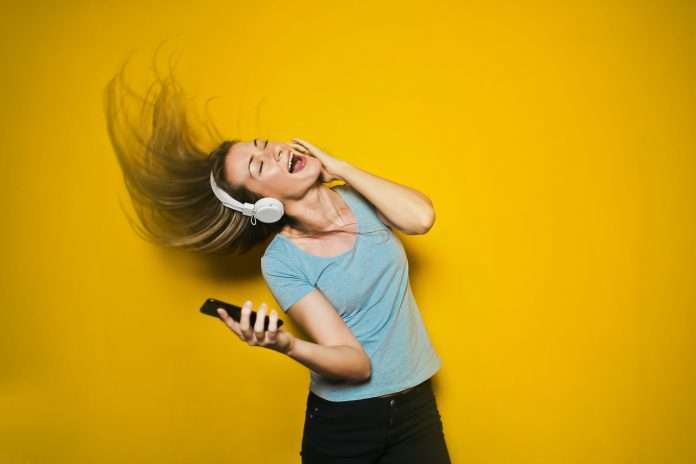 After reporting the announcement regarding Spatial Audio last week I figured it was time to check out what Apple calls “the next generation of sound”.

As a music lover I’ve spent countless hours spinning vinyl as well as streaming and, yes, playing CDs – so I was intrigued to hear how some of my favourite jazz, country and hip hop tracks sounded, when remixed and mastered for the new format.

I borrowed some AirPods Max and fired up Apple Music, (according to Apple Dolby Atmos will work on other brands of headphones but won’t have the added fairy-dust of their Spatial; yes, I’m confused as you!).

First thing to realise is, even if you go to one of the Spatial playlists in Apple Music and hit play you’re not listening to the Spatial mix unless you’ve enabled it in your Bluetooth settings. Scroll down and you’ll see a Spatial Audio slider – switch it to on – go back to the track and a Dolby Atmos logo will appear underneath the track’s progress bar.

The first track I played in Apple’s curated jazz Spatial playlist was one I know well – Wayne Shorter’s Witch Hunt a track recorded in 1966 from the jazz classic Speak No Evil (btw all listening was done via Bluetooth with ANC off).

Witch Hunt’s a superb track but recorded “hot” and, the cd especially, is very toppy. When I want to play the album I always get out an old vinyl copy – it has more life, a tighter bass and the tops aren’t as shrill.

However when I switched to Spatial a strange thing happened.

Those tops were suddenly tamped down, as was the volume.

When I matched the volume the track sat in a much better place – but it sounded less distinct, echoey, with the bass more prominent. Still it was, arguably, a more “relaxing” listen. This Spatial version took a while to get used to the more I listened the more I liked it, so much so that when I switched back to the original stereo mix that sounded overly brittle and harsh, if a lot more in focus, and with a drive the Spatial version lacked.

Let’s call it a draw.

However another track, Speak Like A Child by Herbie Hancock, certainly didn’t benefit from the Spatial treatment. The original mix has a joyful, forward energy the muddy Spatial mix doesn’t capture.

When I turned to a pop hit like The Weeknd’s Blinding Lights, the sort of track I would’ve thought might benefit from Spatial, I found the opposite was the case. The volume was, again, a lot lower than the original, but the real tragedy was that Spatial sucked out much of the track’s gnarly bottom end – one of its highlights.

It also buried the vocals and much of the track’s presence.

Benee’s Glitter was a better match – switching to Spatial brought vocals and instruments out of the sonic shadows, but again it lacked punch and that peculiar sense of joy Benee radiates.

On the other hand some tracks sounded better in Spatial.

R.E.M’s Nightswimming was a lot more distinct, with Stipe’s vocal sitting front and centre in the mix and connecting better emotionally with the listener. When I switched back to the stereo mix I missed that sense of the instruments, keys, woodwinds and the string section, sitting in their own space. Neither did Stipe’s vocal have quite the heart-rending impact of the Spatial version. But that was the exception – most Spatial mixes buried the singer in the shadows.

Kanye West’s Black Skinhead was another where the Spatial did have some positives. For me sonically Yeezus was one of the most interesting releases of the last decade and the Spatial mix tones down some of West’s vocal exuberance, enabling that sonic artistry to come to life.

I thought I knew this track well but the Spatial version opened up screams, yelps and odd sound effects, which didn’t just come from left and right, but all across the soundstage. The original was more dynamic, the Spatial more immersive. Maybe a win to Spatial on this one.

The overriding impression after a weekend’s listening was of a format in its early stages, one that had rushed prematurely to launch.

It’s not a total wash. There’s promise in the format, but simply remixing old tracks into Spatial isn’t the answer; and the volume mismatch between the two versions will need to be addressed.

Last week, in the popular music industry email Lefsetz letter  , one US engineer said that Atmos catalog remixing had been keeping studios busy for the last two years and that – “almost none of it is being overseen or approved by the artist or original producer or mixer. And these versions – according to Apple – will be the new standard versions, superseding the original versions, now designated by Apple to the dustbin of history.”

If that’s the case there’s a lot more to come out of this story.

If, as some suggest, it’s Dolby themselves doing these remixes, that could be a big part of the problem, this is music, not movies, and requires a different skill-set and artist input.

But if, and it’s a big if, artists and engineers get to grip with the format and, most importantly see creative value in it, especially in pop, hip hop and classical (there’s a Boston Symphony Orchestra Spatial mix of Holst’s The Planets which works) the format has the potential to give music lovers some interesting sonic adventures.

Spatial does tone down digital harshness in new recordings and in dodgy remasters of analog based material – but that’s hardly a ringing endorsement.

It also compromised energy and attack.

The worst mixes sound like you’re hearing a band playing in another room, while the best add intrigue, warmth and depth.

Do I want to hear The Rolling Stones’ Doo doo doo (Heartbreaker) in Spatial? Not so much (it’s there if you feel so inclined). But do I want to hear what artists like British post-punk outfit Dry Cleaning, hip hop star Vince Staples or what a forward-thinking country artist like Sturgill Simpson might do with it in the coming years? Hell yeah!; just give me the stereo mix too.