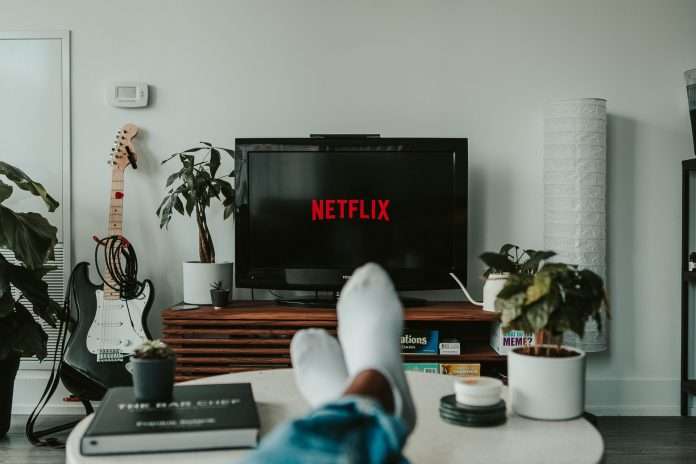 Whether it’s Squid Game, the new sensation Maid or just a catch-up binge on Selling Sunset, Netflix and other streaming services are hogging up ISPs bandwidth and costing ISPs money and some are speaking out.

The Guardian ran a story this month quoting Marc Allera, the chief executive of the UK’s BT’s consumer division, bemoaning the impact of the big streaming services.

“Every Tbps (terabit-per-second) of data consumed over and above current levels costs about £50m. In the last year alone we’ve seen 4Tbps of extra usage and the cost to keep up with that growth is huge.”

Up to 80 percent of internet usage is estimated to be as a result of people streaming shows on platforms like Netflix, YouTube, Amazon Prime and others. Disney expects the demand for video content will increase ten fold in the next decade.

Add to that big sporting events and gaming and you can see Allera’s point (that said BT is likely to record revenues of over 20 million pounds this year.)

The situation is similar in NZ.

Despite having one of the worst selections of shows among the many Netflix territories, kiwis are consuming what is there in record numbers.

A study by Comparitech placed kiwis at 13th in the world for the hours of Netflix consumed, behind the US, the UK, and Ireland, but ahead of almost all of Europe, the Middle East, and Australia.

And that appetite shows no signs of slowing; as we went into level four lock down New Zealanders streamed 26 petabytes of data in a single day, according to the Herald.

Some may recall that when Netflix launched in 1997 it used to deliver DVD’s by mail – imagine if it demanded that customer’s neighbours help pay the cost of delivery? Because, in essence, that’s what’s happening as the popularity of its platform grows.

Whether you use the streaming service or not the added cost – and potential slow down of your connection – is eventually going to be passed on to you through your ISP.

And, as we know, NZ ISPs are among the most expensive in the world – averaging out at $81 per month – almost double that of ISPs in the UK at $48 per month.

Neutral when it suits

On the face of it that seems crazy – why can’t these massively profitable streaming services bear some of that cost? Perhaps institute something along the lines of what we do on the roads with road user charges; if you’re driving a big truck down the highway expect to pay more for the privilege.

The answer is – net neutrality.

Net neutrality is the decades old principle that ensures ISPs treat all internet traffic equally, and not discriminate or charge differently based on user, website, content or platform.

ISPs can’t just turn around and ask Netflix to pay them more.

The fear is that ISPs might begin controlling user’s internet experience by either blocking or restricting the speed of some services, and fast-tracking others who pay them.

That hasn’t stopped a growing number of overseas ISPs maintaining that there needs to be some amendments to net neutrality.

Allera again – “When the rules were created 25 years ago I don’t think anyone would have envisioned four or five companies would be driving 80 percent of the traffic on the world’s internet. They aren’t making a contribution to the services they are being carried on; that doesn’t feel right.”

(Netflix and other streaming providers do help many ISPs with server costs by essentially caching content locally although it tends to keep this information close to its chest.)

Although Netflix, Facebook, Amazon and Google are outwardly supportive of the concept it’s a double-edged sword for them.

On the other hand it didn’t stop Netflix in 2015, when it entered the Australian market, from paying Australian ISP iiNet to give its customers zero‐rated access to Netflix – meaning streaming a show wouldn’t count against the viewers data cap (the practice, alive and well in the US, has recently been outlawed in the EU.)

Many thought the net neutrality concept was a goner in the US when Trump came to power and repealed it but it has survived through many states instituting their own net neutrality regimes.

And Big Tech are definitely leaning on the principle when it comes to this stoush.

An unnamed spokesperson for one telling The Guardian that getting streaming services to pay a fee to ISPs “is moving towards a violation of net neutrality principles, as consumers who purchase an internet service from an ISP should be able to reach any endpoint on the internet regardless of whether that content provider pays or not.”

Locally ISPs seem more intent on growing their customer base by folding streaming into its subscription model rather than complaining about any congestion or profitability issues.

Spark and Netflix have had a mutually beneficial partnership since 2017 when it offered eligible Spark customers free Netflix for a year. Vodafone is promoting its set-top box Vodafone TV which involves users signing up to a Sky package for multiple streaming options.

Chorus – which provides broadband to ISP retailers Spark, Vodafone and 2degrees – has advised that it can handle at least 4.5Tbps without experiencing any congestion issues and is continuing to upgrade its network.

When asked if a smash-hit Netflix binge could cause the network to hit capacity, Chorus’s head of external communications Steve Pettigrew replied that is very unlikely – “as on-demand viewing has changed behaviours around how we entertain ourselves. What we have seen in the past, is that when there are confluences of network events we see new peaks, for example if a popular online game like Fortnite releases a new season update and this during the evening peak.”

While our ISPs claim hefty profits from their overpriced services it’s unlikely any will put their head above the parapet and take on the Netflix’s of this world as BT has done.

The commercial reality of speaking out against the streaming giants which a vast majority of their customers consume and which they profit from is a lose-lose proposition, even if the argument has some merit.

As it stands net neutrality and Netflix remain an odd, but perfectly matched, pair.