Samsung wants to make foldables mainstream, but can a folding phone beat my apathy?

06/08/2021
0
0
HomeOpinionSamsung wants to make foldables mainstream, but can a folding phone beat...
Opinion

Samsung wants to make foldables mainstream, but can a folding phone beat my apathy? 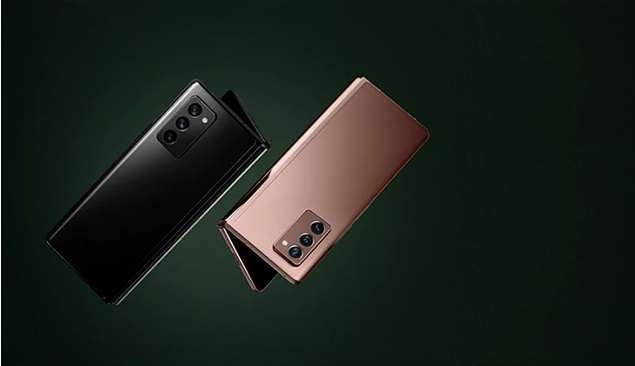 Samsung wants to make foldables go mainstream. The fact that this ambition was nestled in the middle of a 2,097-word press release about the company’s second quarter performance – very much the Free Bird of fiscal media correspondences – might make you wonder whether they expected anybody to read it. But I did, and I can’t help wondering if the company may be making a mistake focusing on foldable phones.

I have never so much as touched a foldable, despite making a sizable portion of my living reviewing smartphones, but I can’t say I see the appeal. The smartphone as we know it today has been precisely engineered to offer smooth communication and entertainment in a device that neatly fits in the pocket. I can’t think of a single instance when I’ve lamented my phone’s dark age style insistence on refusing to open up, Transformer like, into a larger tablet.

That may say something about me: I avoid using touchscreens unless there’s literally no alternative, so having an optional secondary larger screen to ignore doesn’t really appeal much. In fact, the main reason I don’t have much interest in upgrading my two-year-old phone is because the majority of its life is spent playing podcasts or acting as a bridge to use WhatsApp on my PC, so I can type messages without appearing illiterate. The Alan of 2021 would, it turns out, be happy enough with the iPhone 3GS he sold a decade ago.

Yes, there’s certainly a magic to folding phones, as Samsung attempted to capture with this cringeworthy foldable phone promo from CES 2013 where an attractive woman is so enamoured by a man’s folding phone that she immediately gives him her (regular non-folding) phone number.

Nonetheless, it seems to me that a cheaper way of wowing friends and anonymous strangers in coffee shops would be to buy a magic set and invest in a never-ending string of handkerchiefs. Far less likely to be stolen, too.

This would, of course, be a non-issue if foldable phones were similarly priced to their boring, rigid siblings. In the same way that I’d probably pay 70 cents to go large in McDonald’s against my better judgement, I’d likely do the same if getting a foldable phone was NZ$200 or so more.

But it’s not even close to that. Right now, a Samsung Galaxy Z Fold 2 will set you back NZ$3,399. For the same money, you could buy both a Samsung Galaxy S21 and an 11in iPad Pro, and still have enough change left over for over 50 Big Mac meals (apologies, I think the last paragraph gave me cravings.)

Meat sweats aside, I can’t help feeling that the experience would be considerably better too. A device intended to moonlight as a tablet while using software designed for phone use doesn’t sound like a recipe for hassle-free operation, from where I’m standing.

Of course, part of Samsung’s plans to make foldables go mainstream is rumoured to be a big price cut, which is sensible, given there’s only a relatively small demographic of phone buyers with several magnitudes more money than sense. There was talk of as much as a 20% cut on foldables bought this time around which, if true, would see the ludicrous NZ$3,399 price fall to a moderately less ludicrous NZ$2,719.

That’s significant – it would make the latest foldable phone NZ$29 cheaper than buying a Samsung Galaxy S21 and iPad Pro separately, which is undoubtedly a step in the right direction – not least for your waistline if you intended on taking my McDonalds budget seriously. But it’s still unlikely to tempt the vast majority of people, I suspect, and in any case, the latest rumours make it seem that only the more pointless Samsung Galaxy Z Flip 3 will enjoy that kind of reduction.

It’s no secret that Samsung is struggling to sell as many flagship smartphones as it used to, and it has been reported that the company has begun a review of its mobile division to try and get to the bottom of it. Foldable phones smack as a desperate attempt to cling on to the next big thing but, for me at least, the appeal that smartphones originally introduced in the late 2000s just isn’t replicated in this brave new form factor.

I’m reminded of that bit in Jurassic Park where Jeff Goldblum’s character chastises the dinosaur necromancer nerds by saying: “Your scientists were so preoccupied with whether or not they could, they didn’t stop to think if they should.” True, bringing dinosaurs back from the dead may be a bit more risky than building a few million foldable phones, but the question remains the same for both: why are you doing this?

I’m sure Samsung would answer that with platitudes about productivity and new experiences, but nothing is as convincing as the argument that it desperately needs something to kickstart Galaxy smartphone sales again, and it’s out of ideas for regular handsets.