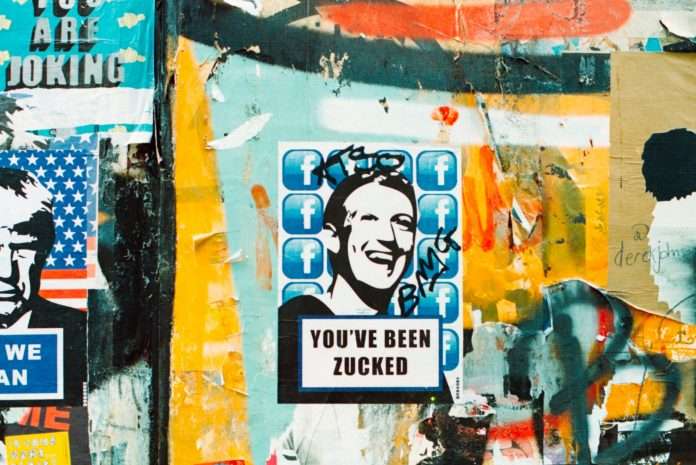 After a decade of Facebook and Google hammering news organisations globally by effectively taking over the mobile advertising space while using its news content on its platform for little recompense, the almost trillion-dollar Meta is ready to dish out an unspecified amount of money to support local journalism. Its aim? To help local news organisations “develop sustainable business models”.

This is happening at the same time as Meta is embroiled in a corporate credibility controversy caused by the fallout of whistleblower Frances Haugen.

No one accused Zuckerberg’s company of a lack of chutzpah.

The four-part programme to help NZ journalism was announced just as Haugen was going public with a trove of damaging internal information that made clear Facebook’s abiding business strategy; profits first, people and journalism, a distant second.

Haugen said it was a company that “unquestionably exacerbated hate” because hate and division increased engagement, which enabled Meta – essentially as much an advertising company as it is a social media one – to sell more ads.

Meanwhile, Meta says in the frankly patronising announcement that it is committed to supporting quality journalism and believes it can play a role in helping New Zealand’s news industry “thrive in a changing digital world.”

Well, not so fast.

Firstly there’s no information in the announcement around exactly how much money Meta would be contributing to New Zealand media via the programme.

Facebook’s head of public policy for Australia and New Zealand, Mia Garlick, says that the programme would look at what additional investments Meta could make in innovation, video and technology to promote newsroom sustainability in New Zealand but couldn’t attach a dollar figure to any of it.

Secondly, without a deal similar to the one Facebook and Google brokered with Australian media companies earlier this year after the Australian government held their feet to the fire by threatening a law change unless they paid up for using local news content on their platforms, tying NZ news organisations to Facebook benefits no-one more than Facebook.

That’s why it’s an offer that one commentator, AUT’s Dr Merja Myllylahti who has written extensively in this space, has called “an insult”.

Others have pointed out that nowhere is there any indication that the actual cost of producing news content is covered; yes, Meta might provide technology or fund a video project or podcast that will run on its platform – but the daily cost of supporting an independent newsroom still falls on the news organisations and their dwindling advertising revenue.

Stuff chief executive Sinead Boucher says that Facebook has run these kinds of accelerators or funding programmes in various ways over the years to little result.

“They are designed to bind news media more tightly to their platforms, to increase publishers’ reliance on Facebook and therefore ensure a supply of high-quality content for Facebook for free.”

Indeed Stuff stopped advertising on Facebook after the 2019 mosque attacks in Christchurch, as the company said it “did not want to contribute financially to a platform that profited from publishing hate speech and violence.”

What’s more – after being driven to the brink by advertising competitors – Google and Facebook – many of our news organisations have already streamlined their operations – cut back on journalists and implemented new business models; taking lessons from the embattled Meta which caused much of that damage might be too much to swallow for some journalists; (Meta is hosting its first virtual Facebook NZ News Day in New Zealand on November 26 “to provide scaled and dedicated coaching to newsrooms across New Zealand.”)

While there are no publicly available figures for Stuff – which is now locally owned – it has been driving a number of celebrated journalism projects on Maori news, climate change and the #metoo movement.

NZ Herald publisher NZME is also doing better this year – its share price has more than doubled since 2020.

Australia stands up to Big Tech

If NZ news organisations are innovating and surviving (just) – compare that with what’s happening across the Tasman.

By March this year News Corp, ABC and locally owned Nine Entertainment announced they’d all made deals with the tech giants – with Nine saying that as a result of the deal it expected to increase core earnings in 2022 by up to $43 million NZD.

That wouldn’t have happened without its federal government taking the hard stance it did – a stance that – aside from 2019’s Christchurch Call and other initiatives around safety and censorship – our government hasn’t seemed interested in following.

Instead, here we welcome Big Tech in with open arms and often a citizenship certificate – Peter Thiel, Larry Paige, the doomed Amazon LOTR deal are prime examples  – and seemingly ask little from them in return.

Remember, the Commerce Commission rejected NZME and Stuff’s argument that merging would offer stability to the industry and save jobs while Facebook and Google claimed the lion’s share of that valuable ad revenue.

Few expected the Australian government to win the Big Tech stand-off – both tech giants threatened to pull its services from the country (Facebook did for a time) – but that win via the News Media and Digital Platforms Mandatory Bargaining Code has seen (at least the big) news organisations there prosper.

It should also be noted that Australia’s hardball negotiating style, rather than damage the working relationship going forward, seemed to gain the respect of the Big Tech leaders.

Meta has since signed commercial deals that will support more than 200 Australian newsrooms across the country and last month announced a 15 million AUD fund for public interest journalism, administered by The Walkley Foundation.

This week Google announced that it will spend A$1 billion in Australia over five years, just months after it threatened to pull its services from the country.

In New Zealand, we get a few teaching sessions and some dosh to make some content Meta can use on its platform.

Yes; insulting is one way to describe it.