theBit.nz
Home Opinion Why the tech industry could do more to help close the gender...
Facebook
Twitter
WhatsApp
Linkedin 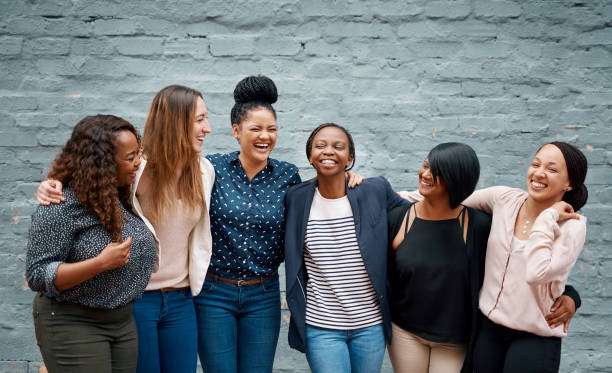 In 1843, mathematician and writer Augusta Ada King, Countess of Lovelace wrote the first computer algorithm. It can only be assumed she would have expected all women to, one day, be on the same footing as men. Keep dreaming lady!

Fast forward over 150 years later, and only 35 percent of women are enrolled in science, technology, engineering, and mathematics (STEM).

In fact, thanks to a quick Skype with my closest female friends, there are still instances of women being offered roles that they are overqualified for and paid at a much lower rate than their male counterparts. I also have real-life stats to back my claim up – According to figures from Statistics NZ, women still earn (on average) $2.50 per hour less than men.

But, we can’t fight the gender gap, unless we look at the issues that women from other countries are fighting too. In middle to low-income countries, women are 20% less likely to use mobile internet, and media outlets aimed at telling women’s stories of triumph, are often closed down by dictatorships.

Take Sediqa Sherzai, the founder and editor of Radio Roshani in Afghanistan, for example.  She set up the station in 2008, to give women a stronger voice, however, it wasn’t long before the Taliban set fire to the station in 2015. Sherzai kept fighting the good fight and carried on reporting to her loyal fans, from Kunduz in the north of Afghanistan.

In 2018, women unable to join Sudan’s protest movement, fighting the terrible economic conditions at the time, were enthused to tell their story over social media platforms such as Facebook and WhatsApp. The Sudanese government went on to block certain pages from being displayed to the world and women used virtual private networks (VPN) to continue the invaluable conversation. In this case, women were able to get information about how the protest was going, however, this was only available to women with access to computers or smartphones.

Closer to home, New Zealand women, generally, have the chance to speak freely and in this year’s global gender gap report, we were placed fourth (having closed 84% of the gap), with 149 other countries behind us.  Sadly, zero countries have managed to close the gap yet. In fact, according to the report gender parity will not be obtained for another 99.5 years.

With this in mind, one of the United Nations Sustainable Development Goals includes ‘achieving gender equality and empowering women and girls, which has led a variety of organisations to work on developing support systems that help women keep up with their male counterparts.

With a woman at the helm of the beginning of technology, it is apt that technology gives women a step up the ladder, towards that glass ceiling, which is why I began combing the world wide web to find out what is available to assist women.

I began my fact-finding mission by googling ’empowering apps for women’ and came across a disappointing list promoted by UNESCO. When I say disappointing, I don’t detract from the amazing women who developed these apps, I refer to the common thread that can be found in the subject matter.

App Elles, Harrassmap, and Ellas libres de violencias – report and map areas that are thought of as ‘safe’ to travel. The apps also encourage users to break the silence and document any examples of sexual abuse that users have witnessed. But, the question remains, why must women have to map their way to the shops, to stay safe from sexual abuse? In a perfect world, they shouldn’t have to. The fact that these three apps exist is a sad indictment of rape culture and tells the same story that women are dealing with every single day, all over the world.

Closer to home, in answer to our shocking abuse statistics, where one in three New Zealand women state that they are in an abusive relationship,  1in3 be free has been designed by the Inner City Women’s Group to help educate and support women in violent situations.  It includes a quiz that allows women to work out whether they are in an abusive situation and if so, where they can get help.

According to Prime Minister Jacinda Ardern, one in 12 are missing school because of period poverty, which means they are missing out on achieving at the same level as their male schoolmates. DignityNZ assists by offering free menstrual products for women, countrywide. The company operates on a buy one, gift one free philosophy and partners with over 180 schools and organisations.

M-Pesa is available in Kenya and Tansania and allows money to be stored on a cellphone and sent to others via text message. With more money, many women may have the strength to leave controlling relationships and move to safety or add to their family’s income.

While most apps aimed at ‘empowering women’ cover social injustices and health and reproduction issues, there are also a variety of programmes working towards bridging the gender divide in the STEM industry and giving women skills that they can apply to a future career.

Another UNESCO app, designed by women for women, is Gender Fair, which challenges businesses to ensure that they are offering fair opportunities to both sexes. The software rates companies on a wide range of aspects relating to fair and equitable treatment of women, giving businesses clear guidelines for improvement.

SheHacks is aimed at supporting female-identifying and non-binary individuals interested in learning more about technology.  The programme offers free workshops online as well as mentorships from volunteers. Members of SheHacks are also given the opportunity to take part in Hackathons, where they work in teams to develop clever apps.

Girlboss is an NZ-based site that offers programmes in leadership, STEM, and career progression for school-aged girls in over 100 schools across New Zealand, Australia, and The Cook Islands.

Techwomen is supported by NZTech and offers inspiration and support to women wanting to get into the tech industry.

While tech is helping bridge the gap, women are still at the bottom of the pack in a range of subjects including – being victims of sexual and physical abuse, taking time off work and school because of reproductive issues, and earning less than our male colleagues.

Right now, technology aimed at ‘empowering’ women might be a bit thin on the ground and we still have a long way to go (almost a century, apparently). Maybe, in a few decades, we might be able to google ‘empowering apps for women’ and find that we are no longer in need of an app to show us the ‘safe route’ to the supermarket.