theBit.nz
HomeOpinionI’ve never had a VR injury, but I do have one embarrassing...
Opinion 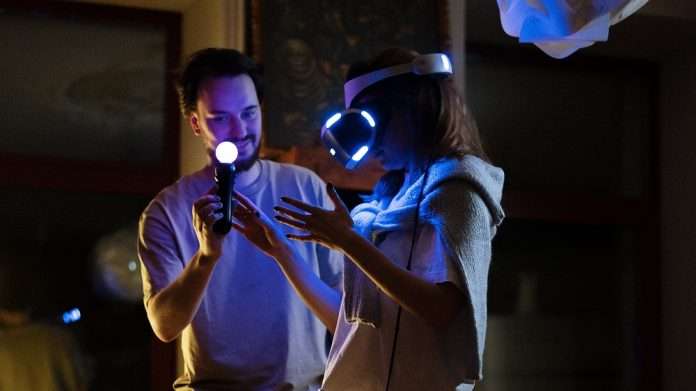 Not since Nintendo encouraged people to pretend the Wii remote was a bowling ball have there been so many TV-related accidents.

According to UK insurer Aviva, it saw a 31% year-on-year increase in VR-related accidents in 2021, which itself is up 68% since virtual reality headsets first became commercially available in 2016. If you die in VR, you may not die in real life, but there’s a good chance your more fragile furnishings will.

“As new games and gadgets become popular, we often see this playing through in the claims made by our customers,” Aviva’s UK property claims director Kelly Whittington told The Guardian. “In the past we’ve seen similar trends involving consoles with handsets, fitness games and even the likes of rogue fidget spinners.”

While it’s hard to imagine the damage a fidget spinner could do unless used as a projectile, it’s no real surprise that virtual reality results in many a TV going to the great electronics graveyard in the sky. You are, after all, essentially putting on a high-tech blindfold that tricks your brain into thinking you’re somewhere else that then fills your immediate surroundings with things awaiting to be poked, prodded and hit. Is it any wonder that television sets turn from innocent bystanders to surrogate pinatas in the process?

The average claim, Aviva says, comes to around £650 (or NZ$1,331) and damage is usually done by punching motions, though one customer did throw his controller at the TV in surprise after being ambushed by a surprise zombie. A throwback to the Wii Sports injuries of old, albeit with an added taste of the undead.

Amusingly/horrifyingly, this is now a kind of spectator sport with the subreddit VRtoER showing the kind of thing that routinely happens if you get too carried away in virtual worlds. Spoiler: you damage ceiling fans, Christmas trees and TVs; a lot of people get punched in the face; and children get valuable, if painful, lessons in spatial awareness.

Personally, I’ve never broken anything in VR despite playing on hard mode with a number of cats regularly encroaching on my space. I will, however, tell you of something equally embarrassing that happened while in the duty of reviewing some hardware seven years ago.

The review in question was for a drone: the Parrot Hydrofoil drone, to be precise. New as I was to drones (I hadn’t reviewed one before nor — perhaps tellingly — since) I wasn’t quite prepared for the task in hand. And specifically, what happens if your phone’s Bluetooth is on the flakey side.

I’d had a pretty miserable day at the office and wanted nothing more than to head home. But I had this drone to review, and I hadn’t yet tested its USP: that it can turn into a remote control boat with an add-on in the box. So I decided to go to a South London park on my way home — no big deal, it wasn’t far off my route, and I consoled myself with the fact that the battery would only last ten minutes, so I’d be home maybe half an hour later than usual.

How wrong I was. With the drone pootling around the water, my Bluetooth suddenly failed, and the drone disconnected. It wouldn’t reconnect and, presumably, the battery then died, leaving the drone lost at sea.

At first it was about two metres away, and I had hopes of poking it back with a stick. But it gradually drifted further and further away, to the point that any stick that could reach it would qualify as a tree trunk.

I was only four months into the job, and I wasn’t prepared to leave a NZ$286 loan floating around a lake in South London, so there was nothing else for it: I had to retrieve it.

But I couldn’t do so right away, thanks to the presence of the friendly neighbourhood drunks sat on a nearby park bench. Perhaps it’s an unusual phobia that someone will steal your clothes and wallet if you leave them unattended by a lake when retrieving a drone — nonetheless, it felt important at the time.

It took them a good two hours to leave, by which point the sun had set, and I could only make out the drone’s location from its vague silhouette and a memory of its last-known location. So, with nobody around to document my shame (other than a handful of very bemused swans I waded past), I stripped down to my pants and walked 20 feet into the lake to retrieve the runaway tech.

Do you know how cold British lakes get in September? Neither do I, but a quick Google search tells me it will have been between zero and 10 degrees centigrade. I don’t know, because I wasn’t there for any longer than necessary — about a minute all in — and didn’t fancy going back to the house for a thermometer.

Instead, I got a takeaway on my soggy walk home, and lamented the fact that I was about an hour away from bed time. The only consolation was that nobody knew about it except me and the swans — something I decided to sacrifice upon the altar of reaching a word count for the subsequent review which I ultimately filed with a nudity warning. And again here, of course.

So, what’s the most embarrassing tech accident you’ve ever had? Any advances on that?

(An amusing addendum to this: the CAPTCHA I had to complete to log in and post this required me to identify pictures of boats. Good to see WordPress has a sense of humour.)