theBit.nz
HomeOpinionIs Twitch streaming a dream career? Not for me
Opinion 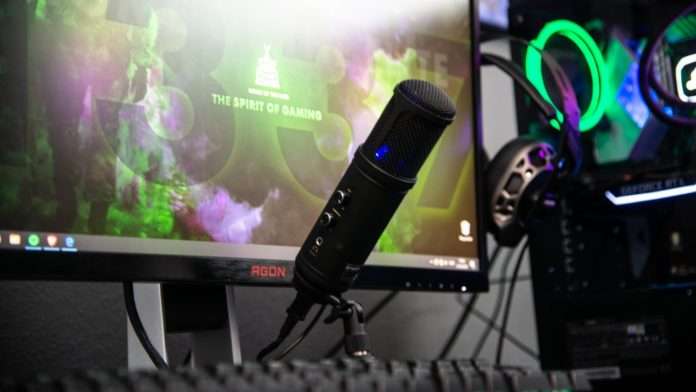 I should start this off with a disclaimer: I don’t routinely watch Twitch, in the same way that I don’t spend that much time on YouTube. I was born at the wrong time for either to be a serious part of my life — a couple of years too early for YouTube and (alas) a couple of decades for Twitch.

And while I can understand the appeal of the former for some, the idea of watching people I’ve never met play games feels an utterly bizarre form of recreation. You might as well ask me if I’d like to spend an afternoon sitting in a pub watching strangers play darts — at least then it wouldn’t be problematic for me to grab a pint.

Still, no judgement if that’s your thing: no doubt some of my hobbies sound utterly tedious to others. But I will say this: from everything I’ve read and seen, the 11% of American teens who see being a professional streamer as a dream job are likely glamourising a profession which, as far as I can tell as an outsider, looks utterly miserable.

I’m not talking about the extreme odds against success here, but for the record leaked data shows that the vast majority of Twitch streamers make less than NZ$180 a month, and plenty raise nothing at all. That’s an irrelevance here, though: we’re talking about ‘dream careers’, and you’d have to have pretty low self esteem if your dream involves being barely noticed on the web for a few dollars an hour.

No, my limited experience of Twitch comes from my addiction to the fantastic Hunt Showdown which is a truly wonderful game, albeit not for everyone given how punishingly hard and unforgiving it is. Occasionally, the developers will offer in-game cosmetic rewards for tuning into their approved streamers, and that’s enough temptation for me to open Twitch, and find a supported streamer… before reducing the stream to 160p, muting the audio, minimising the window and carrying on with my work. (Sorry for artificially inflating the viewing figures, guys.)

But upon finishing work one time, I happened to catch the end of one streamer’s session. She’d been playing this brutal and often infuriating game for six hours straight for the benefit of her streamers, and it was 2am in her timezone. “I’ve got to go to bed you guys,” I seem to remember her exhaustedly intoning, before promising to be back online as soon as she woke up. Because everyone knows that the best thing to keep a hobby fun is via a strictly regimented schedule and a misguided sense of obligation.

But it sounds like this kind of discipline is the only way you actually get anywhere on Twitch. I recently read a feature about the phenomenon, entitled “‘I am not gonna die on the internet for you!’: how game streaming went from dream job to a burnout nightmare”, which gives you a flavour of the tone.

As the title suggests, it makes it pretty clear that those unprepared to dedicate every waking hour needn’t apply. One streamer talks about switching their sleep patterns to match the waking hours of North America and then doing eight to 12 hours of streaming a day on top of a regular day job. The more time you spend online and visible, the more likely you are to gain subscribers and even be featured by Twitch.

But don’t think that once you’ve amassed a following you can take your foot off the pedal: one high-profile Twitcher with 17 million followers found himself with 40,000 fewer after taking a couple of days off. Well, I say “days off” — it was to go and do more gaming at a tournament. It just sounds exhausting.

And that’s before you get on to the need to always be ‘on’, in good form and performing for an audience that is constantly judging everything you do, like a Roman emperor preparing to give you a thumbs up or thumbs down. Obviously the thumbs down in this case merely results in some good old fashioned abuse rather than, y’know, death, but it’s still not fun.

Speaking of ‘not fun’, there are also the delightful side benefits that come with fame: jealous trolling from people who don’t think you deserve it, who will noisily and persistently tell you as much, and those who like you a bit too much and may actively stalk you in an attempt to make you real life besties. There’s something about the weird fake intimacy that streaming creates which, anecdotally, seems to blur the boundary between fans and friends in a way you don’t get with conventional TV.

“Do what you love and you’ll never work a day in your life,” as Confucious never said. If this is what not working looks like, then I’ll pick a day’s work with actual boundaries thankyouverymuch.