Is Spatial Audio really a game changer for Apple Music?

Is Spatial Audio really a game changer for Apple Music? 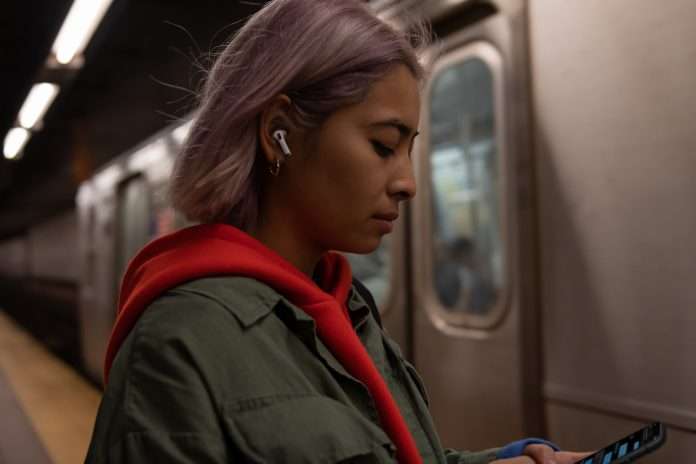 “The next generation of sound on Apple Music begins now with the official launch of Spatial Audio and Lossless Audio” went the email from Apple’s PR team last week.

Audio enthusiasts will be applauding the lossless part but might be forgiven for rolling their eyes at the mention of yet another audio format.

But clearly Apple is putting much stock in Spatial, the lossless part sounding more like an afterthought.

To mark the launch Apple Music has rolled out a range of genre playlists – from jazz classics by artists like Lee Morgan, to pop and hip hop from Billie Eilish and Cardi B; the tracks remixed and mastered specially for Spatial.

But before you pull out your headphones and press play there’s a few caveats; here’s what Apple says: “By default, Apple Music will automatically play Spatial Audio with Dolby Atmos tracks on all AirPods and Beats headphones with an H1 or W1 chip, as well as the built-in speakers in the latest versions of iPhone, iPad, and Mac. Spatial Audio on Apple Music will also be coming soon to Android devices.”

If you don’t have those accessories you’ll still be able to experience the tracks through Apple Music with other brands of headphones, but you’ll have to manually manage it in your settings. And until Apple rolls out Android compatibility you’ll be listening to Dolby Atmos without Apple’s Spatial component.

Is there a difference?

Apple says there is but hasn’t gone into detail. Full details of how to enable and find Spatial tracks on Apple Music are here.

Meanwhile Apple’s busy building Spatial tools directly into its popular recording software Logic Pro and is putting its considerable resources behind the format, announcing last week that they will be “doubling the number of Dolby-enabled studios in major markets, offering educational programs, and providing resources to independent artists” – so expect to see a lot more music created by artists using the format.

Apple’s support here is key as it’s a big added expense having to mix and master in the format as well as the usual two-channel mix and, let’s face it, few artists are getting rich from their streams on Apple Music.

But just what does Spatial audio do, and where did it come from?

What does Spatial Audio do?

Imagine having the full effect of a surround sound theater inside your AirPods or headphones – well that’s the aim of Spatial audio.

Reviews so far have been positive – with one listener raving over the Spatial remix of Norah Jones’ Don’t Know Why – “Close your eyes, and you could almost transport yourself to a small club where the spread of this mix feels like a live version of Jones’ career-making hit. Stereo doesn’t take you to the same place.”

But it’s clear that mixing and mastering quality – and sound engineers who know how to work with the new format – will play a big part in a successful Spatial track.

Atmos was developed by Dolby for movie theatres, giving audio mixers 128 channels to play with and the ability to put each sound in its own space.

Its first installation was in Los Angeles’ legendary El Capitan theatre in 2012.

It soon made its way into Home Theater systems by manufacturers like Marantz, Denon, Yamaha and Pioneer. Atmos for music arrived in 2019 when an audio-only version was adopted by Tidal and Amazon.

Sony has a similar format in its 360 Reality Audio for music through Deezer and Tidal but the Apple Music integration is key for the format and it may well tempt some subscribers away from Spotify.

Unsurprisingly Apple DJ and tastemaker Zane Lowe is a fan.

“I was born into stereo,” he writes. “It dawned on me that there are a lot of artists in the past and present who would have loved to be able to lean in with this kind of technology — to make their songs come to life, make them bigger and just take them to levels no-one had even thought of yet. But they only had two stereo channels to play with. Now they can go beyond that. So, to be able to hear parts of these songs coming from behind and around me? I was like, “I’m all in. I get it.” TV got HD — now music gets Spatial.”

Will Spatial prosper or will it join the audio graveyard of once much hyped formats from years past – quadraphonic sound, SACD, DVD-A?

With Apple squarely behind it the life expectancy of Spatial certainly looks promising, but key to its success will be getting industry and artists’ support.