theBit.nz
HomeOpinionIf you’re over 30, it’s safer not to use emoji
Opinion 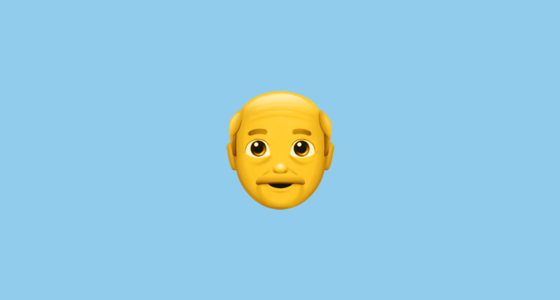 Language can be a tricky thing, even when there shouldn’t be any ambiguity at all. Case in point, during a 1977 jaunt to Poland, President Jimmy Carter made quite an impression on the audience when his translator told a surprised (though presumably flattered) crowd that “I desire the Poles carnally” and that he was “happy to grasp at Poland’s private parts.”

What he actually meant to say was that he wanted to know Poles’ desires for the future and was happy to be in Poland, which is a considerably safer, though less memorable, speech. Given that the translator also managed to make the President say that he had left America forever that morning, it’s perhaps unsurprising that a different interpreter was in place for the state banquet later.

If a translator for the president of the United States can make mistakes, then it’s no wonder that trying to communicate in emoji – a language with no real dictionaries, grammar or (thankfully) academic study – can be a minefield.

Emoji isn’t a language that anybody should claim to be fluent in, and not just because it would be one of the worst brags in the history of bragging. There’s a reason that cave paintings went out of style as soon as the written word was established: there’s far less room for ambiguity, as an article in the Wall Street Journal* proved this week.

In short, a smiley face can mean different things to different people. As Hafeezat Bishi, a 21-year-old intern at a Brooklyn media firm discovered on her first day when greeted with the offensive/welcoming emoji. “I had to remember they are older, because I use it sarcastically,” she told the paper. “There are so many emojis, and Gen Z can never take things in a simple manner.”

Generation Z, for those not up to date, is anyone born after about 1995. It’s the generation after millennials, in other words, and one I am painfully and obviously out of touch with, as a child of ’84.

For Gen Z, the smiley face is apparently patronising, passive-aggressive or both. Equally, if you’re somebody who uses the laughing with joy emoji, then you’re an embarrassing geriatric in internet terms. Instead, anyone hoping to blend in should know that the skull emoji is now shorthand for laughter, just as pirates flying the jolly roger would have intended.

You could try and get your head around the reasoning for this if you like (it’s shorthand for “I’m dead” or “I’m laughing so hard that I’m dying”), but you’re probably just better off absorbing current meanings, and then avoiding unfortunate misunderstandings: like inviting someone over for some delicious baba ganoush with three aubergine emoji.

As I am far too old to be anything like an authority on this matter, here’s a current(ish) list of definitions, so you can avoid any misunderstandings, via Amazon’s Neal Karlinsky on Twitter. Or more accurately, his daughter:

The Indy100 also adds that the pregnant woman emoji has taken on a whole new life of its own. It now means “this person’s photo is so attractive that it instantly got me pregnant.” So now you know.

Honestly, you’re better off using words, though. Yes, tone and meaning can be lost when communicating remotely (as anybody who read the news that younger people find full stops to be passive aggressive will know) but at least you won’t waste time wondering how to write a touching eulogy in pictures when someone sends a coffin emoji your way (another variant on “I’m dead,” FYI).

Plus, in a professional context, emoji probably aren’t that helpful to your career prospects anyway. When participants from 29 different countries were asked to read work-related emails in a 2017 study, emoji made people assume the sender was, well, incompetent.

“The study also found that when the participants were asked to respond to emails on formal matters, their answers were more detailed and they included more content-related information when the email did not include a smiley,” said Dr Ella Glikson, one of the authors of the study. “We found that the perceptions of low competence if a smiley is included in turn undermined information sharing.”

So, my fellow over 30s, I implore you: use emoji sparingly. It really is for the best.

*Yes, I am very aware that learning about the latest in emoji culture from the Wall Street Journal means I am wholly unqualified to use emoji. Don’t worry, I will take this into consideration should I ever feel tempted.