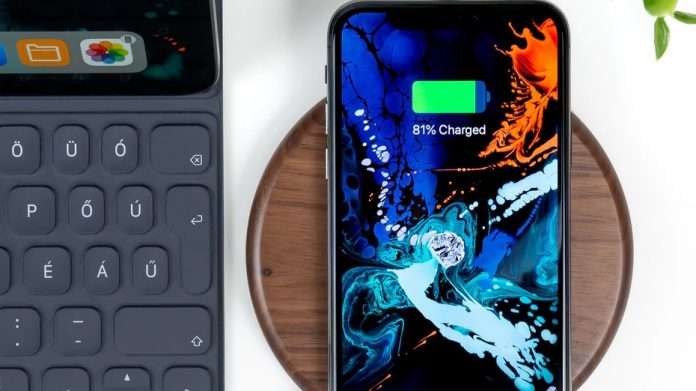 Remember AirPower? Announced alongside the iPhone 8 and iPhone X in 2017 as a wireless charging pad to fill up all your Apple devices at once, it missed its 2018 release date, before confirmation of its death arrived in 2019. According to Apple, it failed to meet the company’s “high standards” which, according to a number of insiders, is code for it being an overheating, bug-filled mess.

Well, now it might be back. Kind of. According to Bloomberg’s Mark Gurman, Apple is once again looking at producing its own multi-device charging mat, which makes sense when you consider that the company currently has to resort to ignominy of selling a NZ$229.95 Belkin alternative in its official store.

But there’s a twist. Apple may be late to the party, but it is at least looking to do something that nobody else does. According to Gurman, Apple ultimately wants to introduce over-the-air wireless charging that goes beyond the theoretical examples seen today where devices are able to charge each other without even touching. “Imagine an iPad charging an ‌iPhone‌ and then that ‌iPhone‌ charging AirPods or an Apple Watch,” Gurman writes.

Apple is pretty good at talking a good game on its growing green credentials. It is, it says,  well on the way to ensuring its products are carbon neutral by 2030 which is certainly taking climate change more seriously than some governments I could name. But pushing over-the-air charging (and the rumored portless iPhone) creates a whole bunch more inefficiency for a smidgen more convenience.

I appreciate that energy efficiency isn’t exactly the most fascinating of subjects, but bear with me, because this is important.

Okay, so wireless charging is significantly less efficient than plugging a cable into your phone. An experiment from OneZero found that a wireless charger uses around 47% more power charging a Pixel 4a than an old fashioned wire.

Now to be clear, that’s equivalent to a financial increase of cents rather than dollars on a monthly energy bill, and you may well consider that to be a price well worth paying for convenience. But if everybody else with a smartphone took that attitude too, then that’s a lot of electricity wasted to save on the stress of snapping a cable into a phone — and that’s not even counting the materials spent building optional wireless charging components.

Indeed, OneZero did some rough sums and it’s alarming. “We worked out that at 100% efficiency from wall socket to battery, it would take about 73 coal power plants running for a day to charge the 3.5 billion smartphone batteries once fully,” iFixIt’s Arthur Shi told the site.

But wireless chargers aren’t 100% efficient, as anybody who has seen slow charging via imperfect alignment will know. “If the wireless charging efficiency was only 50%, you would need to double the [73] power plants in order to charge all the batteries,” Shi added.

Now, of course wireless charging *can* be more efficient, and it will hopefully continue to improve, but — and with the caveat that I am 100% not a scientist — there are limits to how much better it can get, and those limits are even greater when the phone and charger aren’t even touching. Bluntly, the idea of passively charging devices over the air sounds enormously wasteful. Even testing it feels a bit wasteful.

Convenience at a cost

I get the appeal of it — not just the convenience, but the cool factor. It’s still quite magical seeing a phone battery edge upwards without a wire in sight, and that would be even cooler if I could wander around my house while my devices casually top themselves up via wireless energy points. But it feels a bit like that famous Jurassic Park line: “your scientists were so preoccupied with whether or not they could that they didn’t stop to think if they should.”

In a year where it’s emerged that we’re on target for global temperature increases of 2.4 degrees centigrade, it feels like pursuing technology that actively reduces efficiency for miniscule convenience gains shouldn’t be encouraged — and especially not by a company as theoretically keen on green as Apple. If I’d never known wireless charging was possible, I’d be quite happy plugging my phone in for the rest of my life — and I think most people would feel the same about over-the-air charging too.

There are (in my view quite flimsy) arguments to be made in favour of our current definition of wireless charging becoming the standard for phones: fewer cables needing to be produced, and less risk of damaging phones through port wear and tear. And for devices that aren’t phones, there are even stronger cases: wireless charging parking spaces for EVs or landing pads for drones, to name just two.

But for over-the-air charging, I couldn’t think of a single environmental positive. I did put this point to a more sciency friend of mine, and he suggested that it could reduce the need for high-capacity batteries, which in turn would reduce the need to mine precious metals at such a ridiculous rate, but that feels a long way off.

I hope that’s the reason that Bloomberg suggests that this Apple innovation is years away: that the company is banking on some giant scientific breakthrough to make it palatable, or for the world to be 100% renewable based so it doesn’t matter as much. Because if not, between this and the e-waste disaster that is the AirPod, it’s hard not to conclude that Apple has very clear environmental blindspots.