theBit.nz
HomeOpinion5 ways Amazon Astro is better than a real butler (and 5...
Opinion 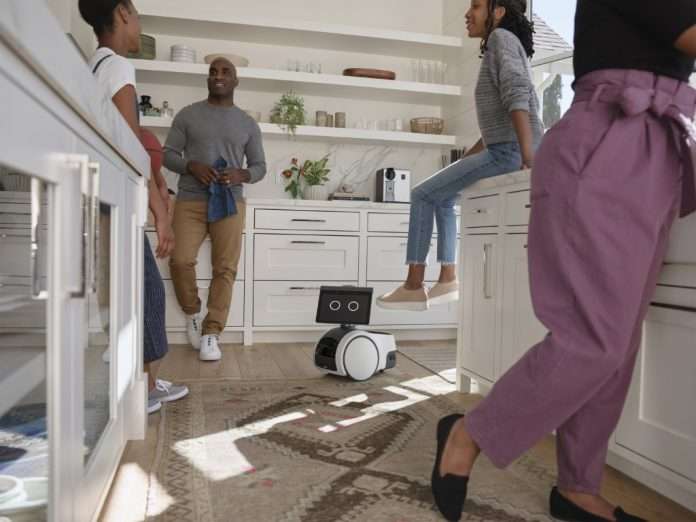 Say what you like about Amazon (and we have), it’s certainly a company that’s full of surprises.

On Tuesday, the company announced Astro the robot assistant would be rolling into select American homes.That’s “select” both in terms of implied scarcity and the probable scarcity of those prepared to pay the equivalent of NZ$1,438 for the privilege of having their own robot butler.

Indeed, Amazon employees had mixed feelings about the success of Astro when anonymously speaking to Insider this week with some comparing it to those notorious tech successes Google Glass and, worse, the Amazon Fire Phone.

But one voice was optimistic: “We think every titan of the industry will want one of these in their homes. Trust me, if you have any rich friends, they’ll buy it as soon as it is announced.” The person cited one likely buyer as the “child of a hedge fund founder” with multiple human assistants and housekeepers.

Should said human employees worry? Well, it’s fair to say that Astro is some way short of the robo help that the world of entertainment has promised, but for any children of hedge fund founders reading, this should help you decide between buying an Astro or hiring a(nother) human.

How Astro trumps a human butler

In the long run, Astro is less expensive

Whether you consider the ~NZ$1,438 asking price to be a fortune or chump change, you’d be hard pressed to find a human willing to be a live-in housekeeper for less.

It looks like your average live-in, full-time butler will set you back between NZ$59,000 and NZ$118,000 per year. Even factoring in the electricity costs and the price of a Alexa Guard subscription, Astro is, astonishingly, the value option.

As an employee in New Zealand, you’re entitled to four weeks’ paid annual leave per year. Astro, however, isn’t entitled to any. It’ll cheerily continue to follow you around the house without so much as a complaint, even on Christmas or Robanukah.

Astro has a TV for a face

Look into your butler’s eyes and you’ll likely see nothing — except, perhaps, the slightest flicker of resentment. But look into Astro’s face and you can see… whatever you like, because it’s basically an Echo Show. That means you can broadcast the latest drama on Amazon Prime Video and have it follow you around the house.

Unless you’ve mastered the art of possession, you can’t see through another human’s eyes. With Astro, you can — or more accurately, you can see through a camera that pops out of its head. That means that you can see everything that’s going on at your home, even when you’re not around.

Astro can bring your family and friends to you (kind of)

If you’re worried about the possible psychological toll of living alone with just a two-foot tall robot for company, you should know that one of Astro’s superpowers is the ability to summon family and friends… kind of. What this actually means is that you can use its face/screen as an interface for video calls, bringing your loved ones directly to you at a moment’s notice.

The case for humanity

Astro is actually a bit useless as a butler on account of the whole ‘lack of arms’ thing. It can’t fold laundry, tidy up or muck in with the washing up. And while it has what seems to be two cup holders on it, guess who has to fill the cups and place them there.

All Astro can really do is bring its screen-face to you, which isn’t actually that useful when most of us already have smartphones in our pockets.

And even if you find the idea of a portable Echo following you around useful, you’ll likely find Astro of limited utility, unless you live on a single storey. Like the far more useful robot vacuum, Astro can’t climb up and down stairs. So you have to pick a floor and leave Astro to it.

Astro may not need to eat or sleep, but it will need to recharge. Quite how often isn’t yet clear, but there will definitely be times when Astro needs a break — and you won’t be able to negotiate when that’ll be as you would with a living, breathing human.

A human butler is arguably less of a privacy risk

Having a butler requires a certain amount of trust — or at least a powerful NDA for the truly paranoid. With Astro, you’re relying on Amazon’s data protection policies.

As F-Secure security consultant Tom Gaffney told TrustedReviews, “the issue with any device that collects data and, in this instance, super-detailed data about your home and everyone who visits it, is where does the data go and who controls it. Amazon generally has a pretty good security model but its privacy model is far more opaque. Who controls and will have access to the very personal data it collects is a cause for concern.”

Less diplomatically, one Amazon source told Vice that Astro is “a privacy nightmare that is an indictment of our society and how we trade privacy for convenience.”

I wonder if they’ll put that quote on the box.

If you’ve ever tried to speak to an Echo during an internet outage, you’ll realise that without WiFi, Alexa is essentially useless.

Even if Astro’s core navigation skills still work without an internet connection, the other useful functions — video calls, answering questions, streaming videos and providing video streams of your house — won’t. A butler may ask for your WiFi password, but he won’t physically stop working if you don’t give it to him. Well, unless he’s really stubborn, anyway.