Win the stuff of nightmares with Microsoft’s new Xbox competition

Win the stuff of nightmares with Microsoft’s new Xbox competition 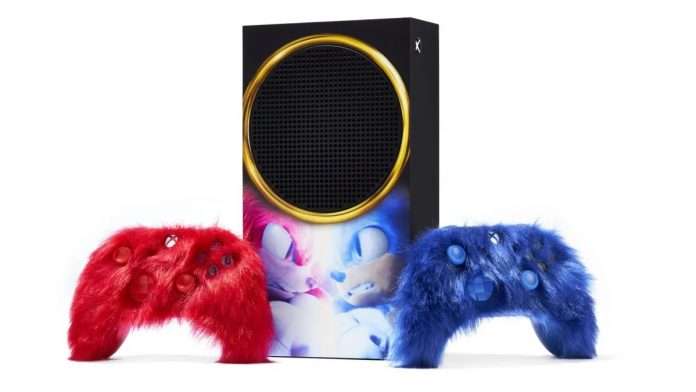 In the right place, fur is very welcome: on the skin of a cat, say, or surrounding a child’s teddy bear. In other places, it’s just a bit creepy, but apparently Microsoft didn’t get the memo, and has decided to create the stuff of nightmares as part of an Xbox giveaway.

To celebrate the launch of the latest Sonic the Hedgehog movie — itself no stranger to nightmare fodder, before it stripped the Sonic character of his creepy human teeth — Microsoft has pulled two hairy Xbox gamepads from… somewhere. The pads’ coating is, apparently, “reminiscent of the ‘bristly’ texture of hedgehogs in the wild”, which suggests the people at Microsoft responsible for this insane experiment may have only read about hedgehogs in books. Poorly translated books.

Coming in Sonic blue and Knuckles red, the game pads will inevitably get increasingly unpleasant as time goes on — especially if you subscribe to the uncomfortable idea that gaming and eating go together. If so, with a bit of patience, you’ll probably be able to inhale enough nutrients to fuel an all-night session in no time. If you haven’t decided to shave the pads before they reach that sorry state, that is.

The good news is that there are only two of these monstrosities in existence, and you’re looking at both of them. The bad news is that they do, in fact, exist and could possibly end up in your house if you accidentally hit the retweet button and win.

On the bright side, should you manage to beat the odds (that, at the time of writing, stand at 43,700 to one) and win, they do come with a comparatively tasteful* Xbox Series S console, where the standard grille is surrounded by a gold ring, like the ones Sonic has coveted since the Mega Drive days. And it’s not like you have to use the fluffy gamepads that come with them, should you want to try and humanely return them to the wild.

The competition ends on April 4 and is, for once, open to New Zealanders, and in any other country with access to Xbox Live. Thanks, Microsoft.