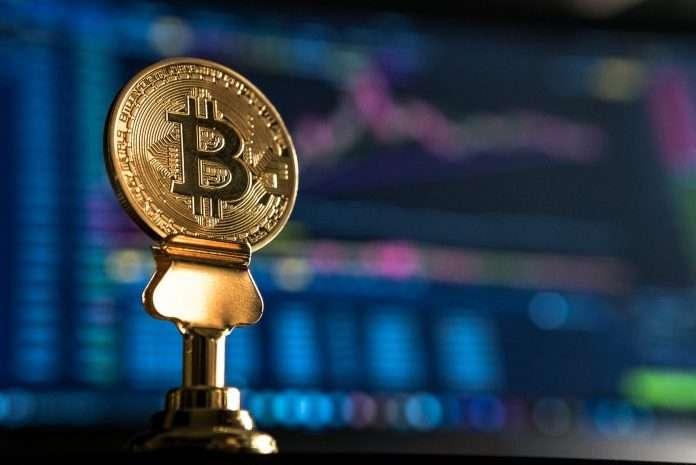 It’s a big headline week for cryptocurrency. El Salvador is now accepting Bitcoin as legal tender – the first country in the world to do so.

That means you can now wander down to the local McDonalds or Starbucks in San Salvador and buy your burgers or coffee and pay in Bitcoin via the government’s digital wallet app Chivo (El Salvadoran slang for “cool”). Chivo is available on app platforms hosted by Apple and Huawei.

The move puts Bitcoin on equal footing with the U.S. dollar, which has been in circulation in the country since 2001 – (the gross national income per capita is just $4000 USD a year.)

But it’s not a zero-sum game. There’s no obligation to use Bitcoin, said El Salvador’s finance minister, Alejandro Zelaya, as the crypto experiment rolled out yesterday; and businesses that do not accept the cryptocurrency will not be sanctioned.

That statement soothed the concerns of many business owners, and contradicted earlier reports that all businesses would have to accept Bitcoin as payment.

In truth many don’t want a bar of it.

A study by The University of Central America found that 56% of Salvadorans don’t trust Bitcoin and that 71% won’t use it at all.

In many ways it’s a strange move for a developing nation to adopt a highly volatile digital currency with deflationary properties, when nearly half the population has no internet access and many more only have sporadic connectivity.

But then you probably haven’t met its president.

The driving force behind the move is forty year-old, right-leaning President Nayib Bukele – a controversial figure described by critics as a “hipster authoritarian”.

He celebrated his coming to power in 2019 by posting a video on TikTok that showed him riding on the back of a military jeep while hundreds of soldiers saluted.

His background is in PR and marketing but he came to power promising to clamp down on corruption, fight crime and offer a new kind of politics. His political party is called New Ideas and it won the biggest congressional majority in the country’s history.

Soon after taking office Bukele took a Trump-like glee in firing civil servants via Twitter – (“The Minister of Foreign Affairs … is ordered to remove Dolores Iveth Sánchez,” went a typical Bukele tweet in 2019 reported the L.A. Times. “Your order will be carried out immediately, President,” the minister responded.)

He recently passed a law – through judges he appointed – that will enable him to run for a second term in 2024.

“We must break the paradigms of the past,” Bukele said this week. “El Salvador has the right to move toward the First World.”

The reaction was unsurprisingly split between the pro crypto camp who see Bukele’s move as the first step toward broad acceptance of digital assets and the naysayers who saw it as a risky venture that will bring the country of 6.2 million to its knees.

Edward Snowden was one who applauded the move – “Today Bitcoin was formally recognized as legal tender in its first country. Beyond the headlines, there is now pressure on competing nations to acquire Bitcoin—even if only as a reserve asset—as its design massively incentivizes early adoption. Latecomers may regret hesitating.”

On the other hand John Hopkins University economist Steve Hanke tweeted videos of Bitcoin protests in San Salvador and warned that the adoption of the Bitcoin Law paves the way for money laundering and corruption.

“#Bitcoin has crashed as much as 17% today as ELSL adopts it as legal tender. As I’ve said, BTC’s volatility means that it cannot be a reliable unit of account & thus is unsuitable as a currency. Right now, @nayibbukele is gambling with taxpayers’ money.”

The IMF aren’t impressed either – “The most direct cost of widespread adoption of a crypto asset such as bitcoin is to macroeconomic stability.”

It also pointed out the environmental costs of using Bitcoin and the fact that government revenues would be exposed to exchange rate risks.

So why is Bukele doing this?

One reason is that remittances – workers outside the country sending money back to family through platforms like Western Union – make up about a quarter of gross domestic product. It is thought that using Bitcoin could significantly reduce fees for expatriates when sending this money home.

Bukele has also said that the adoption of Bitcoin is an attempt to mitigate the inflationary pressure of fiat currencies and reduce the nation’s dependence on the U.S. dollar and usher in a period of self-determination.

He also hopes it will attract foreign investment and capture the attention of entrepreneurs in the crypto space.

Bukele also has three younger brothers who are vocal crypto adherents and function like cabinet ministers.

Bukele’s hope is that the almost two-thirds of Salvadorans who currently lack banking access will use the Chivo app as a sort of savings account.

The government is giving those who sign up a $30 USD in Bitcoin (approximately 0.00062 of a full Bitcoin as of writing) as an incentive – although there are signs that this tactic might backfire on the president.

An opponent of the new law Jorge Hasbún, president of El Salvador’s Chamber of Commerce said – “There is not a single person I have talked to that tells me they are going to keep the Bitcoins. Everyone is going to seek to convert them to dollars immediately and deposit them in a bank in the financial system.”

Which will in turn lead to a drop in value.

He also reminded local importers that suppliers like China or the United States won’t accept payment in Bitcoin.

But none of that has swayed Bukele from his messianic Bitcoin mission.

Over the last few days his government has gone shopping, purchasing 550 Bitcoins (at a cost of around $26 million USD) – a large part of which has come from the country’s health and education budget.

Is it a brave, history making move that will see Bukele celebrated as a visionary financial innovator and cryptocurrency poster boy? Or is it a disaster waiting to happen which the El Salvadoran people will pay the price for?

When asked by Reuters how the new currency would affect him, one San Salvadoran sweet seller, who had trouble accessing a mobile phone, replied simply – “I’m going to continue suffering with or without Bitcoin.”