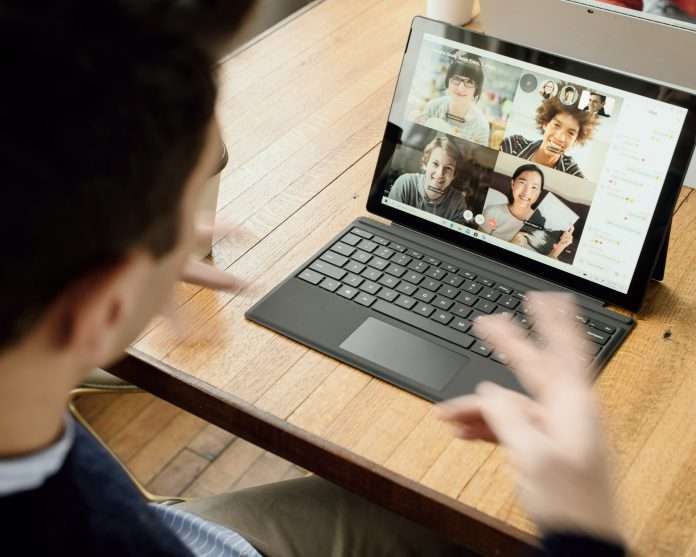 Welcome to lockdown! While working remotely has its upsides – no commute, turn up in your sweatpants, get through a few loads of washing while you work (hang on is that an upside?) – it also requires most of us to prop up our laptops with a stack of coffee table books and use some sort of video conferencing and team collaboration software to stay in touch with co-workers, friends and family.

Indeed Covid – a disaster for many industries – has accelerated growth in the sector exponentially. During the last level 4 lockdown Vodafone NZ’s use of video conferencing increased 688 per cent with calls averaging 32 minutes.

Over the last year I’ve had many – way too many – video meetings/interviews using all the big remote working platforms Slack, Teams, Google Meet and Zoom – no-one’s invited me to a House Party call yet but I live in hope. All the calls were done using the free tier of each platform.

All worked as intended, cost me nothing and got the job done.

Everyone has their favourites but when you get a meeting invite with a link we try not to judge the sender or the company on their chosen meeting platform – but, let’s face it, sometimes we do.

2020 was the year of Zoom – just six years after Eric Yuan launched the company in 2013 Zoom clocked up $623 million USD in revenue.

Fast forward to 2021 and it’s pulling in $2.6 billion USD – and that’s after researchers uncovered that Zoom’s end to end encryption wasn’t very robust and that it routed encryption keys via Chinese servers – all issues the company says they have fixed.

You may also remember – that strange period of Zoombombing – where hackers infiltrated Zoom calls and wreaked havoc.

Zoom’s success was simple – it offered a feature-rich free tier that enables users to record calls, chat or share documents and make use of virtual backgrounds.

It also kept latency below 150 milliseconds (the maximum before conversations start to feel unnatural) and offered a good frame-rate.

Sure the Pentagon and our Government and others might have made the move to more secure platforms but Zoom remains an easy, fuss-free application for the average at-home worker and is still immensely popular here – clocking at number 3 on the iOS free app chart. What’s number 1? The NZ Covid Tracer of course!

I like Zoom even if it feels like its time at the top has passed – it might be the Lil Nas X of video calling – but hell, I still play Old Time Road!

Slack was released in 2013 as an in-house communications tool with the tagline “Be Less Busy”.

It grew organically – with feedback from early users directly influencing the product.

Within a couple of years Twitter was aglow with Slack user’s praise (See Twitter’s Slack Wall of Love).

It appealed to tech-focused businesses and their workers, reduced unnecessary emails and was a great collaborative tool.

Today over a billion messages per week are sent on the platform and boasts daily active users of over 12 million – and that includes thebit.nz whose team communicates via Slack after a less than stellar experience with Discord.

While Slack was built as a closed messaging system it also supports both voice and video calls with any person you’ve engaged on a direct message thread.

A recent update enables users to move from audio to video simply by clicking on the user name of the person you’re chatting with via a drop-down menu – maybe let them know first however.

Otherwise Slack users can integrate the Zoom app for Slack into their Slack workspaces – although you can’t send a message to someone in Zoom from inside of your Slack workspace – yet.

You’ll also have to use Chrome as a browser when making Slack calls on the desktop.

Still, if your employer uses Slack for its internal messaging and remote team projects that’s a sign that you’re part of a forward-thinking workplace.

Whether Slack can sustain its trajectory is less certain as it faces increased competition from its arch rival Teams – but if you’ve used Slack for any length of time you’re a believer.

An indie darling attempting a comeback, Slack might just be the Liz Phair of communication apps.

As a result of the pandemic in 2020 Google rebranded Hangouts Meet to Google Meet – still a lousy name – but there’s no denying that it’s a fast and effective video calling facility for those with a Google account. The update also included a Zoom-like gallery view on both desktop and mobile. While it will allow screen sharing in some forms, Zoom has more options for this facility. However Google Meet is a more secure platform than Zoom as it functions via Google Cloud infrastructure.

Attending or setting up a meeting in Google Meet is easy, there’s no software to install and guests can join using any modern web browser. The Google Meet app for mobile is great for meetings on the run once the lockdown ends. Guests can also join meetings from Google Nest Hub Max. Meet also integrates with Google Contacts and Google Calendar for one-click calls or meeting participations.

Lots of thought and time has gone into it Google Meet but the end result is – kind of like the new St Vincent album – rather unexciting.

If you didn’t know – Microsoft bought Skype in 2011 for a whopping $8.5 billion USD – at first it seemed like one of the best things Microsoft had done – millions used it and soon Skype was added to the Oxford English Dictionary as a verb – and then the world moved on – in 2020 Zoom became the verb on the tip of everyone’s tongue.

What went wrong with Skype? It was based on peer-to-peer technology that didn’t work so well on mobile and when Microsoft moved it to the cloud problems ensued. Add to that a series of inept UI redesigns and users left the platform in droves. Skype’s death knell however was when Teams launched in 2016 as part of Microsoft’s 365 Office suite – its target then the fast-growing Slack (Skype’s still with us it just seems less and less relevant with each passing year.)

The pandemic saw Microsoft expand its messaging to the general consumer, presenting Teams as an alternative to Zoom which was then mired in controversy. The initiative worked.

In April 2021, Teams had 145 million daily users – an enormous growth from just 13 million in July 2019 – becoming the company’s fastest-growing application to date.

As I write this, Teams sits at number 2 in the free apps in iOS – if we weren’t in lockdown it’d probably be number 1.

My experience with Teams though is frustrating; yes, you can join a Teams meeting without signing in to a Teams account but the experience isn’t great. It’s much better inside Teams on mobile or desktop – but that signing in process is soul destroying in a way only Microsoft can be.

If I get an invite to a meeting using Microsoft Teams I always feel like I should sit up straighter and put on a collared shirt.

The Garth Brooks of remote working.

Alan Martin - 07/10/2022
Most manufacturers would have us pretending to act surprised when, for example, it’s announced that — shock horror — the iPhone 14 will follow...