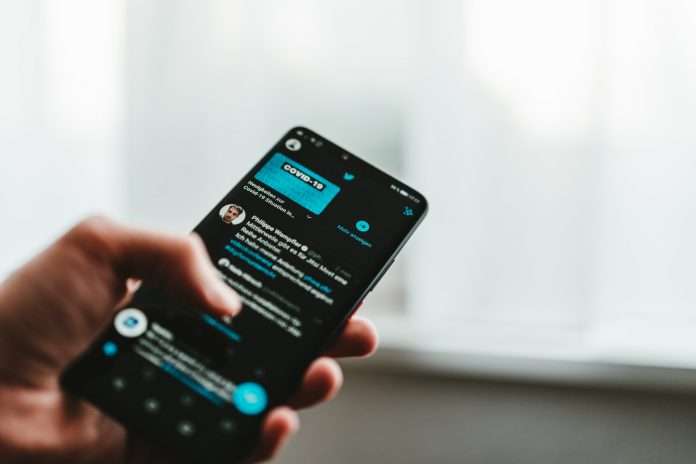 If you want to download the Twitter app on iOS you’ll find it in the App Store in the News category, where it’s currently sitting at number one in the free app category for New Zealand – Reddit, stuff.co.nz and NZ Herald follow.

Once upon a time Twitter used to sit in the App Store’s “social networking” category where it lagged behind Facebook, Instagram and Messenger, but after a less than stellar earnings report in 2016, and as the fiery US presidential race ramped up, it wanted to be seen as a news platform where it was always going to be easier to claim the top spot.

While at the time the change was seen by many as a marketing ploy – hitting number one in the App Store gave Twitter a ranking boost, which meant better visibility and more downloads – in hindsight we can see that Twitter was ahead of the curve. Users had been coming to Twitter – not just for celebrity pics, cat videos and memes – but for news.

And Twitter gave us a different type of news curation, essentially edited by yourself, based on who you follow or choose to interact with – which made Twitter both hugely addictive and rather dangerous – as its algorithms served up more of the kind of news we want in an endless feed, reinforcing already-held beliefs.

Turns out a lot of people liked news based on rumour, misinformation and various harebrained conspiracy theories.

This was not peculiar to Twitter of course but Twitter, thanks to Trump, became emblematic of a platform ready to profit from its jump in users but one not so ready to assume basic civic responsibilities.

Trump’s reign was both the best and worst thing to happen to the platform – driving engagement and visibility – but also miring it in controversy.

A 2018 study by MIT revealed that fake news and false rumours reach more people, penetrate deeper into the social network, and spread much faster than truthful stories.

Yes, Twitter kicked Trump off – but it took it years and it’s been playing catch-up ever since.

After pressure from federal regulators Twitter instigated measures to combat the growing misinformation – introducing – in the US – Birdwatch in January – a user-based forum to combat misinformation; it suspended more than 150,000 accounts for sharing QAnon in wake of the Capitol attack, introduced a feature in May to mark tweets that contain misleading claims and introduced a strike system that can lead to permanent account suspension.

It fortified those efforts last week when it announced that it would be collaborating with veteran news agencies The Associated Press and Reuters to help it identify and elevate credible information on the platform.

It marks the first time the platform has sought assistance from professional fact-checkers and not just its in-house safety and curation teams (Twitter has about 1,500 moderators trying to manage 199 million daily Twitter users worldwide.)

It follows Facebook’s Third-Party Fact-Checking Program where fact-checkers – Reuters among them – attach fact checks to content flagged by Facebook users, moderators, or its artificial intelligence. Tik Tok has a similar program.

Traditional media called in to help

During the initial phase AP and Reuters will focus only on English-language content and Twitter will work separately with the two companies, the newswires never interacting. Further, AP and Reuters will not be involved in enforcement decisions of Twitter rules.

Twitter says that the news agencies will assist with the company’s use of public service announcements during high-visibility events such as elections or public health emergencies and that Twitter will draw on the journalistic expertise of its new partners when its own curation team doesn’t have the specific expertise in a trending topic.

“We are committed to making sure that when people come to Twitter to see what’s happening, they are able to easily find reliable information,” the platform says.

“Twitter will be able to expand the scale and increase the speed of our efforts to provide timely, authoritative context across the wide range of global topics and conversations that happen on Twitter every day.”

It also marks a change for the platform because now, instead of waiting until something goes viral, it will “contextualise developing discourse at pace with or in anticipation of the public conversation.”

If Twitter has joined the platform trend in partnering up with traditional media and finally taking moderation seriously, it does so at a time when it is looking for new revenue models.

Over the past decade, an investor in Twitter made around 5% a year in share price gains, whereas Facebook and Google managed a 20% shareholder return over the same time period.

Some believe part of the reason is that advertisers are reluctant to be seen on a platform that is often full of negativity and misinformation. Cleaning up its house might change that.

“We don’t want to be seen as just the thing that shows you what’s happening right now,” Twitter CEO Jack Dorsey told the Goldman Sachs Technology and Internet conference in February, citing recruitment as a possible sector the platform may focus on in the near future.

Twitter’s pivot away from the “now” suggests Twitter is approaching the limits of what it arguably does best – transmit and break news and issues in real time.

Will bringing in traditional media help keep the platform civil?

Many will welcome the move, but it may just see Twitter outliers, conspiracy theorists, anti-vaxxers and white supremacists migrate to other platforms.

Over the weekend Dorsey was following the, always entertaining, news of Kanye West’s much protracted Donda album and had some advice for the rapper – “it would be incredible if [Kanye West] put out Donda as it is now and continued to update it until he feels it’s ‘finished,’” Dorsey said. “So we can all witness the work evolve in real time.”

That’s something that Dorsey – who helped grow Twitter from a 2006 “day long brainstorming session” to the powerful, if underperforming, platform it is today – knows something about.