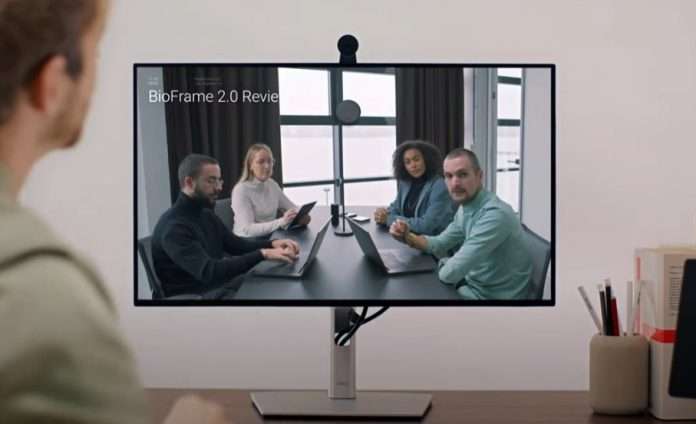 If the pandemic has taught us anything (other than humanity’s deep seated fear that all the toilet paper will run out at any moment), it’s that most people’s video calling equipment isn’t up to much.

Watch the news for any length of time, and you’ll invariably see some choppy, grainy, low resolution footage of an interview subject desperately trying to get their point across from a lousy home working setup.

Well, it may be nearly two years since the pandemic began, but it looks like Dell has a pretty innovative solution to some of the worst things about webcam meetings, including the fact that it’s very hard to look people directly in the eye

This is Pari, a concept webcam and monitor combo which adds a whole heap of flexibility to proceedings.

When not in use, the webcam looks pretty ordinary, balanced on top of the monitor. But when it’s go time for a video call, you can pick it off its cradle and focus on anything you want to show: something on your screen, some sketches, your pets — whatever. You can even pretend it’s a tiny plane and fly it round your house, giving your colleagues the full tour.

If you just want to speak directly to people, you can also stick the webcam anywhere on your screen thanks to the built-in magnets. In a one-on-one meeting, place it directly above your meeting partner’s head, and suddenly you’ll be looking right into their eyes, to make it seem a bit less remote.

The camera charges when it’s placed back in its monitor-top cradle, and Dell says that it’ll charge either way round, meaning you can have it facing away from you if you’re worried about privacy.

It’s a concept for now, but it may not be for too long, given the specs that Dell has already provided. It weighs about 30 grams, has an onboard microphone and streams video at 1080p. It even has an indicator on the front to indicate when the camera is level, so you can make sure it won’t seem like you’re sat in the wreckage of a bomb site (unless your room is especially untidy).

As ways of making video calls seem that bit more human, it may be too minor to get over the alienation that distance ensures. But it’s certainly a lot less awkward than recruiting all of the company to Mark Zuckerberg’s cartoony VR office party, unless he’s successful and the Metaverse really does turn the world into a dystopian nightmare.