This weird set of headphones will help you breathe more easily

This weird set of headphones will help you breathe more easily 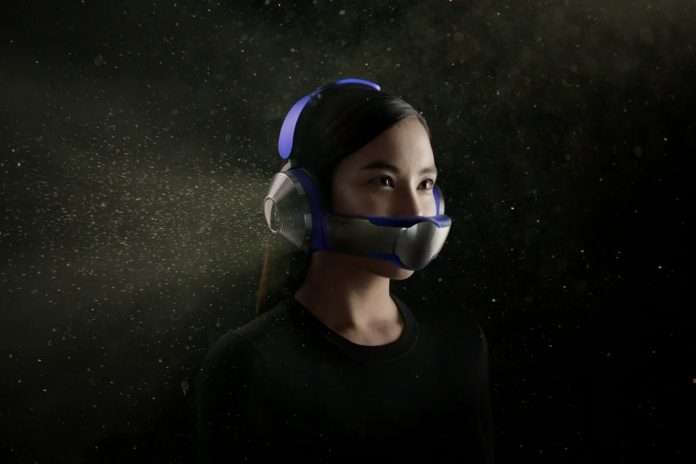 It seems that the world’s tech companies are placing bets on which can convince the most humans to put strange things on their head. While HTC wants you to look like a fly, and Razer has tested the idea that face masks could be improved with more of a dystopian nightmare vibe, Apple remains the party to beat here, given enough people bought AirPods that they went from ridiculous looking to fashionable in the blink of an eye.

Now Dyson — yes, the one that makes expensive vacuum cleaners — has a new entry. Thankfully, this isn’t a vacuum nose attachment, though it’s not actually that much less strange.

Air purification and wireless headphones: together at last, thanks to the Dyson Zone.

You too can look like Batman villain Bane, and helpfully you won’t be able to hear the unkind things passers by say about you thanks to the active noise cancellation (ANC) technology built into the earphones.

Yes, Dyson is combining its expertise in air purification and its total lack of history in audio to create this monstrosity. It’s a set of noise cancelling Bluetooth headphones with a removable face visor which creates a localised air purification zone around your face.

The technology sounds impressively clever. The Zone draws in air through the earpieces via a set of tiny compressors, filters it, and then feeds it to the wearer via the detachable visor. It could be worse: the press release explains that an early prototype used “a snorkel-like clear air mouthpiece paired with a backpack to hold the motor and inner workings.”

Despite its looks, it’s actually not sat flush with the face and there’s a gap where the clean air accumulates instead. The visor is connected with magnets for easy removal, should you decide that slowly dying via toxic air quality is preferable to dying from embarrassment, and it can also be swung down via a hinge if someone needs to see your mouth. Rather neatly, doing this will disable ANC, letting you hear them as well.

Despite the proximity to April 1, this isn’t — as far as we can tell — an April Fool’s joke. Not only is the press release dated March 30 (which, under the terms of April Fool’s Day law, would make Dyson the fool, I believe), but The Verge has tested a pair. They’re very heavy, apparently, and despite the ANC’s best efforts, you can still hear the noise of the air purification. But they do seem to deliver what they promise from early testing: clear immediate air, and decent quality sound.

The big gaps at the moment are price, release date, and, most importantly, battery life. Because nobody wants to be in a position where they have to sacrifice clean air in order to catch the end of their podcast.