This Motorola foldable patent is a gift to screen protector vendors

This Motorola foldable patent is a gift to screen protector vendors 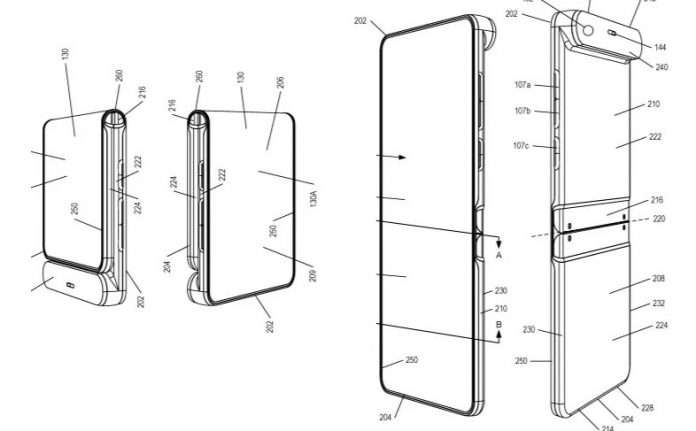 Last year, Lenovo’s Chen Jin revealed that the company would be coming back with a third attempt at a Motorola Razr foldable — something that only the truly optimistic should be excited about given the first two were ridiculously expensive misfires.

But perhaps to demonstrate that the original Motorola Razr could indeed have been worse, a new patent has emerged with a foldable design so silly that it’s a wonder the company bothered to fill out the application paperwork.

Like the Razr, it’s a clamshell foldable. Unlike the Motorola Razr, the screen is on the outside for… no reason that I can think of. Unless the company has invested heavily in screen protector manufacturers and glass repair shops.

Okay, the camera bump looks quite futuristic, and it’s neat that it clamps around the phone when folded, which presumably comes in very handy for selfies, but the obvious practical concerns trump this very minor advantage.

The screen of a smartphone is the most vulnerable bit to scratches and drops, and especially so for foldables which have a finite number of uses.

I’m definitely a foldable sceptic, but with traditional clamshell phones I can concede that it’s kind of neat that the screen is protected when not in use. Here, it’s made extra vulnerable, like a knight substituting a full suit of armour for a set of speedos before going into battle.

In Motorola’s defence, it isn’t the first company to come up with this baffling idea. In fact, Huawei went as far as to make two foldables like this in the form of the Mate X and Mate Xs, which were tablet-sized devices that folded in half to be of phone dimensions, while keeping that glass jaw of a screen on the outside. Unsurprisingly, the Huawei Mate X2 mimicked Samsung’s Galaxy Z Fold look instead.

This is just a patent, of course, and hopefully Motorola has more sense than to produce a device with such an obvious Achilles Heel just waiting to break. Maybe the company is doing a public service and patenting a bad idea so that other companies won’t be tempted to try it for themselves.