theBit.nz
HomeNewsThere may be hope for VR fans that don’t want to support...
News 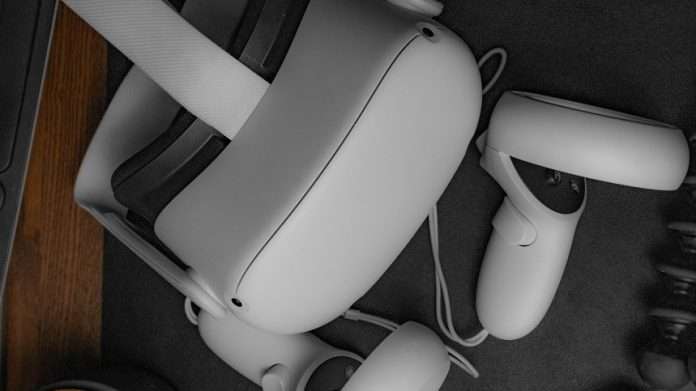 Facebook, as CEO Mark Zuckerberg well knows, has plenty of haters. What he may be less keen to acknowledge is that while some are undoubtedly fueled by jealousy, resentment and a desire to be counter culture, there are plenty of good reasons to be anti-Facebook too. Take your pick from its attitude to privacy, worries about polorisation, alarm about disinformation or the fair concern that a company which owns Facebook, Instagram and WhatsApp may have a bit too much of the internet pie.

If you’re a gadget fan that doesn’t want to support Facebook, it’s generally pretty straightforward. Facebook Portal was such a tough sell that Amazon reviews were astroturfed by the company’s own staff, and the Ray Ban collaboration looks easy enough to pass on too. The less said about 2014’s HTC Cha Cha, the better.

Virtual reality, however, is where it gets tricky. The Oculus Quest 2 is simply the best VR headset available to most people. It offers the best of all worlds, offering VR experiences without a powerful PC or a complicated camera set up, but can also be linked to a PC for stuff that’s too demanding for the onboard chipset to deal with. It’s brilliant… but it does require you to have a Facebook account. And even if you’re okay with that, Facebook has a history of banning people without warning, essentially giving you an extremely clunky paperweight.

There may be hope for the future however… albeit the distant future, and the italics on the word ‘may’ should probably be almost horizontal, given what a long shot this could be. Still: John Carmack — Oculus’ Consulting CTO and gaming celeb behind titles such as Wolfenstein 3D, Doom and Quake — appears to have won an internal battle at Facebook to ensure that the Quest’s predecessor, the Oculus Go, will get an unlocked OS after official support ends next year.

While Carmack tactfully doesn’t mention anything about Facebook here (his replies, however, are full of references to Zuckerberg’s baby), that presumably means a Facebook-free experience, so if the Quest one day gets the same treatment, maybe the refuseniks will get to experience the wonders of tether-free VR some day? Better late than never.

Well, maybe, but even if the idea of playing around with years-old hardware after official support has ended appeals, the Quest getting the same treatment isn’t exactly a foregone conclusion. “I hope this is a precedent for when headsets go unsupported in the future, but damn, getting all the necessary permissions for this involved SO much more effort that you would expect,” Carmack added in a follow-up tweet, which doesn’t sound like the language of somebody who’s had fun battling company bureaucracy, or indeed, is confident at getting the same result next time around.

In other words, an unlocked, Facebook-free version of the Oculus Quest isn’t something anybody should bank on. But if you feel like paying double the price, you could always get a Facebook-free version intended for business customers. Though putting that kind of monetary value on things often makes even the most ardent critic reassess their values…