theBit.nz
HomeNewsThere could be ‘One More Thing’ at Apple’s Far Out event
News 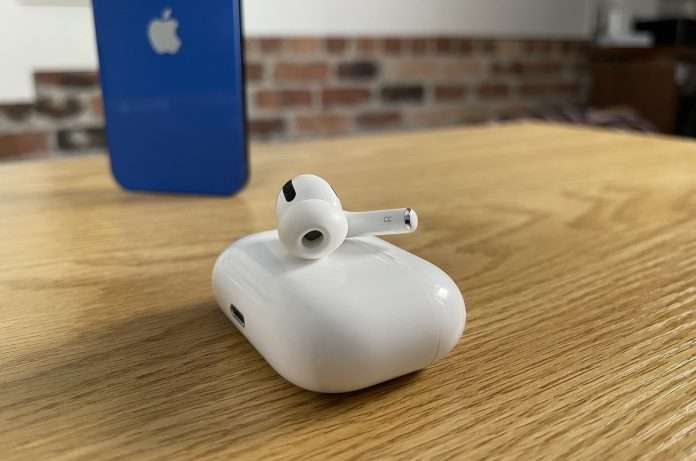 Given the latter is fictional, it’s probably best to concentrate on the former. Steve Jobs used to end Apple events with “one more thing”, where he’d appear to be wrapping up before announcing something exciting, and guaranteed to send the audience wild. If you have 52 minutes to spare, you can enjoy all of them again and feign surprise as a stream of unexpected things are announced in the video below.

(If it’s more your jam, a similar Columbo compilation is available here.)

According to Mark Gurman in his Power On newsletter, Apple is going to show off a brand new version of its AirPods Pro earbuds. “I’m told that Wednesday will be their big unveiling,” he wrote.

It’s not surprising in some respects. In the blink-and-you-miss-it world of tech, AirPods Pro are practically geriatric. They were released in October 2019 — before anybody had ever heard of Covid-19 and when the iPhone 11 was the handset that would go alongside your new buds.

But it does point to an event that could be very packed indeed, considering we’re expecting four different iPhones and three Apple Watches — including a new, rugged ‘Pro’ version.

Unfortunately, Gurman doesn’t actually provide any insights into what the next generation of AirPods Pro might do differently, but we have seen a few hints in the past.

The biggest changes are expected to come to the charging case, which will apparently be added to Apple’s Find My network. This allows missing devices to be tracked down via others, and a speaker grille in the bottom suggests the AirPods Pro case will even play sounds to help you find it. It even looks like there’s a lanyard clip as well so you can physically tether it to yourself.

Naturally, you can also expect upgrades to sound quality, but early reports of fitness tracking sensors being added are wide of the mark, Gurman wrote earlier in the year. Of the possible enhancements — heart rate and body tracking via the ear canal — Gurman wrote “I’m told that neither feature is likely to arrive in the 2022 upgrade, though both enhancements have been explored inside the company and could arrive one day.”

We’ll see if all of this pans out this week, when Apple livestreams its big iPhone 14 showcase. Rather inconsiderately, an event that’s at 10AM on Wednesday on the West Coast of America will end up being 5AM in Auckland… so you may well favour staying in bed.