theBit.nz
HomeNewsThe third coming of BlackBerry is still happening, after all
News

The third coming of BlackBerry is still happening, after all

11/01/2022
0
0
HomeNewsThe third coming of BlackBerry is still happening, after all
News

The third coming of BlackBerry is still happening, after all 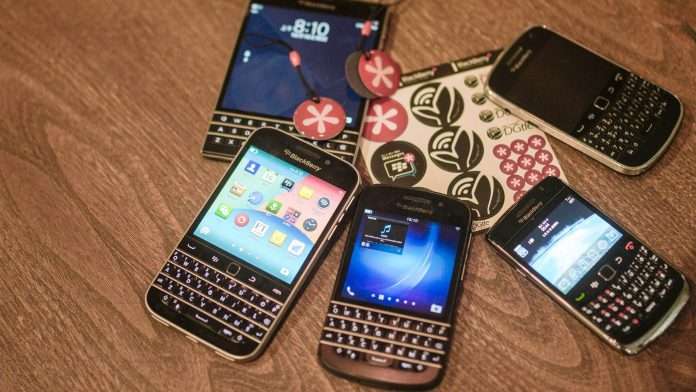 As 2022 had already begun in New Zealand and was closing in on other countries, OnwardMobility, the current licensees of BlackBerry smartphone branding, was still promising a 5G BlackBerry for 2021 on its official website.

You’ll be unsurprised to know it didn’t happen, but the news that BlackBerry OS devices would cease to function this month apparently woke the company from its slumber, and it’s promising that the phone that nobody asked for is still very much in the works.

“To all of you who have patiently waited so long for updates from OnwardMobility, we are humbly aware that we owe you some form of communication as we enter 2022,” a somewhat verbose official blog post begins.

The piece then adds that an “ultra-secure 5G enterprise smartphone” with a keyboard is indeed still in the works, with “regular updates” to follow starting this month. As you might imagine, the company blames the “challenging” conditions of 2021 for its current no-show status.

“To misquote Mark Twain, as so many do, ‘Contrary to popular belief, we are not dead’,” the post emphasises.

But while Twain would live for a further 13 years after a well-meaning journalist enquired about his death, it feels unlikely that a new BlackBerry will have anywhere near that kind of longevity. In a market where big players like LG, Sony and HTC have all either thrown in the towel or may as well have, what hope is there for BlackBerry?

Indeed, the experiment has already been tried once by TCL Communications, which had the rights to make BlackBerry-branded phones between 2016 and 2020. Following 2018’s BlackBerry Key2 LE, no further handsets were produced, which hardly inspires confidence that they were selling like hotcakes.

OnwardMobility may be hoping that it has the secret sauce to make BlackBerries once again fly off shelves, but it seems like a long shot. BlackBerry’s trump card, the physical keyboard,  has completely gone out of fashion, for starters. Samsung used to produce cases with physical keys for its Galaxy S flagship handsets, but stopped bothering with the Galaxy S8, and again it’s unlikely because they were proving too popular.

OnwardMobility didn’t mention when we might see this new BlackBerry for ourselves, but given it was originally pegged for early 2021, you would hope it finally stumbles over the finish line in 2022. We wouldn’t put money on an updated version following in 2023, mind…

Facebook
Twitter
WhatsApp
Linkedin
Previous articleIs this what the next generation of Samsung foldable will look like?
Next articleSamsung Galaxy S22 could be the priciest ‘S’ phone yet