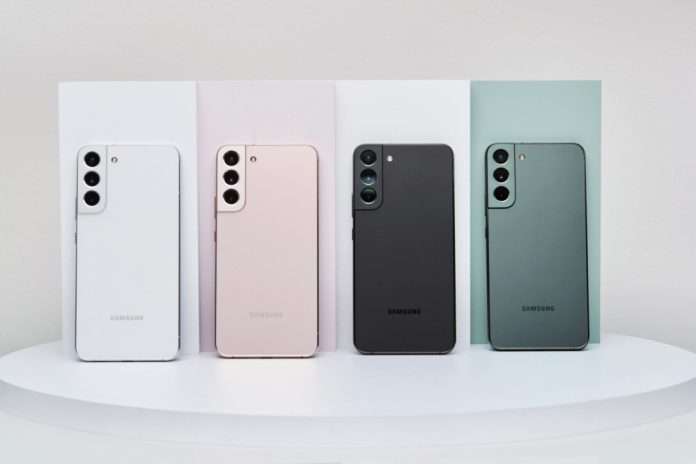 The Samsung Galaxy S22 is no longer theoretical. True, it would be more of a headline if Samsung decided that smartphones were just a fad and abandoned the whole venture, but it’s nice that we can finally confirm the full specs of the handsets ahead of their imminent release.

In all, Samsung announced three tablets and three phones — although you could make a case for the Galaxy S22 Ultra having a foot in both camps due to its large 6.8in size and bundled S Pen.

Yes, this is a return to the Galaxy Note in all but brand name, and it’s by far the most appealing of the handsets with its stylish angular look and impressive core specs. Powered by the Qualcomm Snapdragon 8 Gen 1 SoC (or the Exynos 2200 for Europeans) and backed by up to 12GB RAM and 512GB storage, it was very obviously the star of the show.

Yes, on the inside they have the same SoC powering things (albeit with 8GB RAM and up to 256GB internal storage) and an improved triple camera array led by a new 50MP sensor, but in day-to-day use they’ll look and feel pretty much the same (if slightly smaller, as they come in at 6.1in and 6.6in respectively — presumably to emphasise the difference between them and the Ultra.)

All three will arrive in early adopters’ hands on February 25.

I mentioned three tablets as well and they mimic the naming convention for the phones. We’ve got the standard 11in Samsung Galaxy Tab S8, the 12.4in Galaxy Tab S8 Plus and the gargantuan 14.6in Galaxy Tab S8 Ultra. The last of these comes with an Apple-style notch, as you can just about see in the picture above.

Like the phones, all three come with the Qualcomm Snapdragon 8 Gen 1 (or Exynos 2200 in Europe) and all come with an S Pen that magnetically snaps to the back when not in use.

All of them are available to pre-order right now, with prices starting at NZ$1,249 for the 128GB Tab S8, and going all the way up to NZ$1,949 for a 128GB Tab S8 Ultra. Notably not all options are available in New Zealand, with the Ultra model especially limited: the 256GB model is blacked out, and the 5G model is labelled as “coming soon”. Still, considering we were braced for the Ultra model having a very limited regional release, we’re just grateful it’s coming to New Zealand at all. It may be wise to get in quickly if you want one, though, as rumour has it that Samsung doesn’t plan to have much in the way of restocks.

Facebook
Twitter
WhatsApp
Linkedin
Previous articleEcovacs DEEBOT T9+ review
Next articleGoogle forcing security on people is the right choice, even if it seems like a drag