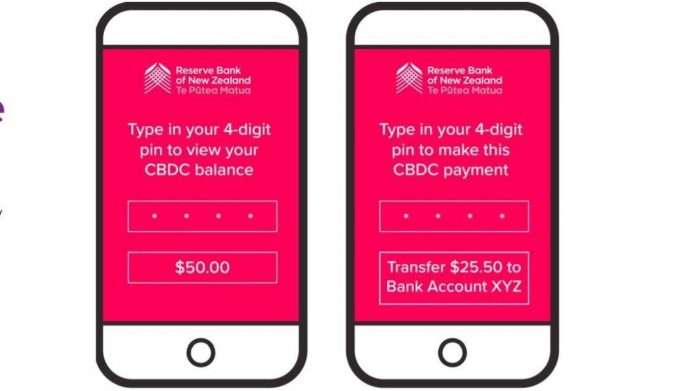 Digital currencies are hot and the Reserve Bank wants in.

But we’re not talking about bitcoin or ethereum – New Zealand isn’t El Salvador which recently started a controversial, world-first experiment by adopting bitcoin as legal tender – (spoiler it isn’t going so well.)

Rather the RB is looking at introducing a Central Bank Digital Currency, backed by the government, one that would act as a digital form of cash – an electronic form of fiat money.

Christian Hawkesby, General Manager of Economics, Financial Markets and Banking at the Reserve Bank believes there’s a potential for a CBDC to “help address some of the downsides of reducing physical cash use and services is something we want to explore for New Zealand. A CBDC, similar to digital cash, might well be part of the solution, but we need to test our assessment of the issues and proposed approach before developing any firm proposals.”

That’s no surprise; it’s a discussion most countries around the world are having.

The RB cites the fact that just six percent of Kiwis today rely on cash on a regular basis – and that number is dropping as the number of cashless merchants grow and more people turn to phone-based payment apps and digital wallets for their transactions.

CBDC’s offer efficiency, speed and safety all without high transaction fees – and although this isn’t particularly relevant to NZ, they also offer the chance for millions of unbanked people around the world to enter the financial system.

The US Federal Reserve is expected to launch a review of the benefits and risks of its own CBDC next week, while China, the Bahamas and Sweden have all introduced CBDC trials.

What our RB is proposing is essentially a “dual system” where physical cash is still available as is Digital Central Bank Money – at a one-for-one exchange rate.

CBDC will offer users choice and the RB is quick to reassure Kiwis that physical cash isn’t going away anytime soon.

The RB CBDC would likely be held in a wallet through a smartphone app, although the exact design features are up for input and discussion.

A CBDC offers a number of advantages – it’s not volatile like cryptocurrencies and, because it is backed by the RB, transactions between citizens and banks can proceed seamlessly.

In future users who want to convert their private bank deposits into central bank money may be able to do so by buying Reserve Bank digital dollars instead of trekking down to the local ATM – which may not be a simple thing if you live in certain parts of the country.

“Knowing that the money held in our bank accounts can be withdrawn in central bank money backed by the New Zealand government – currently only available through physical cash – is an unspoken promise which helps promote trust in banks and the financial system,” says Hawkesby.

“We are concerned that this promise is being weakened through reducing access to physical cash services due to falling branch and ATM numbers.”

But, as outlined above, a CBDC shouldn’t be confused with cryptocurrency. Unlike bitcoin a CBDC enables the RB to retain monetary sovereignty and price stability and may well limit the influence of the emerging cryptocurrencies.

But how is using a CBDC in an app different from what most of us do everyday on our personal banking apps; that’s a digital transaction isn’t it?

Well, yes, it’s digital but it relies on an analogue banking system that’s over 200 years old. That money in your account is, to a bank, a liability (a debt they owe) and your mortgage or personal loan an asset (a debt they own) backed by reserves of cash (in 2019 the RB beefed up the amount of cash reserves NZ banks must hold – requiring the mostly Australian-owned banks to raise $20 billion to meet new the RB’s new safety requirements.)

At a time when stablecoins (cryptocurrencies where the price is designed to be pegged to a cryptocurrency, fiat money, or to exchange-traded commodities), the growing fintech services sector and cryptocurrencies are throwing up new challenges to the traditional banking sector it’s easy to see why central banks around the globe are leaning towards CBDCs.

Cryptocurrencies with their decentralised technology and anonymity present a direct challenge to central banks; part of the reason discussions of CBDC’s are so widespread is the realisation by governments that being slow to the party will see cryptocurrency gain a more mainstream foothold.

There’s also a belief that central banks that do not introduce their own digital currencies could see the demand for their currencies drop in favour of early adopters.

Although in an appearance on RNZ’s Nine to Noon last week Hawkesby commented that he was most worried, not by cryptocurrencies – which he didn’t see gaining mainstream acceptance – but stablecoins like Facebook’s diem which, after a swathe of regulatory issues, is set to launch later this year.

“They’re the ones that we worry about the most because they do have the features of money. So as a store of value, they’re meant to be backed by US dollars or Euros or NZ dollars so they are meant to have that stability that bitcoin and others don’t have. They are easier to exchange so they do have a lot more characteristics of money… but are they actually going to be stable? Are they actually backed by real assets… who are they regulated by?”

He has also expressed concerns that if a large number of transactions and savings were to be conducted outside New Zealand dollar it could limit the RB’s power to wield monetary policy by influencing interest rates and employment targets.

Whether the RB’s proposed CBDC uses blockchain technology or more traditional account-based mechanisms is also something the RB says is up for discussion – (although many in the crypto sector believe most CBDCs will be a centrally run ledger which is tied to an individual’s identity, meaning – like your bank account – all transactions can be tracked.)

The CBDC move has implications for private banks who will surely weigh in on the discussion.

Banks make a profit from account fees and services but mostly by borrowing money from depositors and lending it out at a higher interest rate.

If banks suddenly have fewer deposits that impacts on what they can lend and could dramatically increase loan and mortgage rates.

While it’s unlikely that a CBDC would offer users many of the transactional features of retail banking – interest bearing accounts etc –  the advent of CBDC – is more bad news for the banking sector, which has seen the fintech services sector and cryptocurrency cut into its market share in recent years.

Facebook
Twitter
WhatsApp
Linkedin
Previous articleThe Apple Watch 7 finally has a release date
Next articleWindows 11 released: here’s how to skip the queue and get it now