theBit.nz
HomeNewsThe Pixel 7 seems to look a lot like the Pixel 6
News 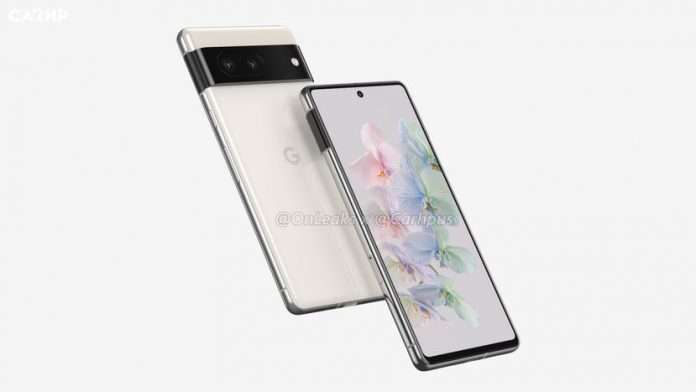 We’re still at least eight months from the Pixel 7 being officially unveiled by some excitable Google executives, but if you want to imagine what it’ll look like, you can probably just rewatch last year’s event (albeit on Mute, so you don’t hear the word “six”).

Yes, the first leaked renders of the Google Pixel 7 and 7 Pro look an awful lot like their predecessors, right down to the central pinhole camera and weird Geordi La Forge style wraparound visor for the cameras.

That’s according to the usually reliable leaker Steve Hemmerstoffer (or “OnLeaks”) who gave exclusive renders of the Pixel 7 to Carhp and Pixel 7 Pro to Smartprix respectively. I mean, as exclusive as two sets of renders that look virtually identical to each other can be, at any rate.

There is a very minor change that only expert spot-the-difference players will have noticed: it seems the camera bar now melds directly into the frame, much like the camera hump does on the recently unveiled Samsung Galaxy S22. You can see more clearly in this CAD based 3D model of the Pixel 7 shared by xleaks 7:

While roundly praised by reviews for its speedy chipset, clear introduction of Android 12 and superb photography, the Pixel 6 has had its fair share of bugs to iron out since launch. The most widespread of these was an unreliable fingerprint reader, which was especially problematic if you also faced a bug that prevented users from contacting emergency services and urgently needed the fire brigade…