theBit.nz
HomeNewsThe Motorola Razr foldable is coming back for a third time
News

The Motorola Razr foldable is coming back for a third time

The Motorola Razr foldable is coming back for a third time 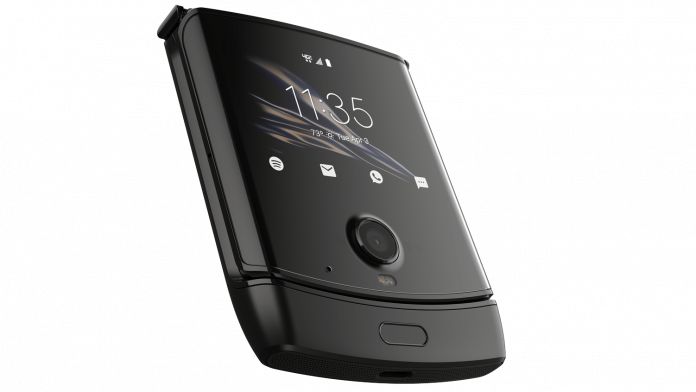 It’s easy to forget, but before Samsung took to hogging the foldable limelight, another company actually got there first: Lenovo, under the Motorola brand with a foldable reimagining of its Razr flip phone (pictured above).

The trouble was that it wasn’t very good. That sounds pejorative, but it’s actually pretty objective: not only did the phone not appear hugely sturdy, but it cost a massive US$1,499 — or around NZ$2,196.42 via today’s currency conversion. That’s a ludicrous amount of money for a phone, but the Razr’s internals (a Qualcomm Snapdragon 710 and  6GB RAM) were actually the same that was available in the Realme 3 Pro — a handset that cost around NZ$430.

So it’s fair to say that the Moto Razr was a bit of a misfire, and while it’s sequel was an improvement, it was equally quickly forgotten. So, the company will be hoping that third time’s the charm, as it informally announced that another foldable is on the way.

“I think innovation is always the driving force of the industry,” wrote Lenovo bigwig Chen Jin on the Chinese social networking site Weibo, before making the big announcement. The company is “silently preparing the third-generation razr folding screen mobile phone.” Inside it, we can expect a “better man-machine interface” and “a more atmospheric appearance”.

Yeah, it’s possible that Google Translate has let me down here.

We can also expect “more advanced chip computer power” which is hardly surprising. Bluntly, it could hardly be less than the original — although that would be an innovation if the company did decide to take an unprecedented downgrading route.

No release date or price was listed, but suffice it to say the world of foldable phones has gotten more competitive since the Razr launched in 2019. The Samsung Galaxy Z Flip 3 — the closest competitor to the last Razr’s clamshell design — sold for an enticing NZ$1,599, something that Lenovo will surely be aware of when it comes to pricing time.

All we know now in terms of availability is that it’s coming to China first. Hopefully New Zealand will be in the list of countries that get a look in after that…