theBit.nz
HomeNewsThe iPhone 14 Pro’s notch replacement may not look so new after...
News 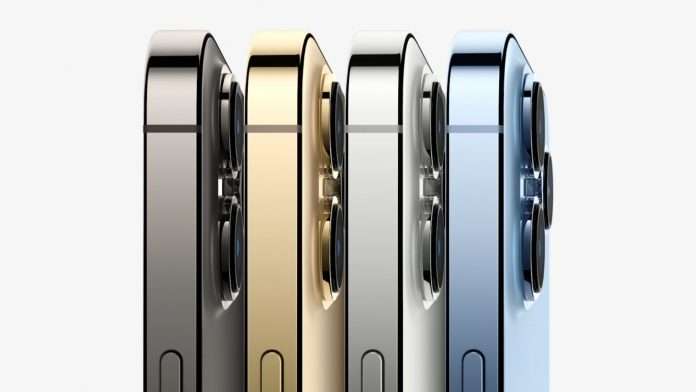 With just under a week to go until Apple shocks the world by following up the hugely successful iPhone 13 with the iPhone 14, it looks like there are still some surprises to come. The latest news is a bit of a kick for those hoping for a bold new look: reports of the notch’s death appear to be greatly exaggerated.

Back in September 2021, even before the iPhone 13 was official let alone the iPhone 14, we heard that there would be no notch at all. That proved too good to be true, and subsequently, all signs pointed to a pinhole camera and pill shape floating on the iPhone 14 Pro’s screen.

But now even that might be too big a change. It looks like Apple intends to fill in the gap between the two cutouts, according to an anonymous tipster talking to MacRumors. In other words, it looks like the iPhone’s notch has simply dropped a bit, to now resemble a monobrow rather than the widow’s peak of old, as the site’s picture below demonstrates.

This report was then backed up by Bloomberg’s well-connected reporter Mark Gurman, who made the entirely fair observation that “having that separation would look odd during use.” (It’s a good point, though it’s worth noting that looking “odd during use” hasn’t put off millions of AirPod buyers, so it’s not entirely bulletproof.)

But apparently filling in that gap won’t just be for aesthetic reasons. 9to5Mac claims that “a source with knowledge of Apple’s plans” says that the black area between the two will be the new home of the privacy indicators that let you know when the camera and microphones are in use.

These indicators used to live to the right of the notch, and this new prominence will definitely make it easier to see if apps are snooping when they shouldn’t be. The move will also apparently let users tap the lights to find out what apps are currently using the camera and/or microphone, which is certainly handy.

Finally, 9to5Mac says that Apple will use this new look to redesign the camera app interface. The source says that the flash and Live Photo buttons will be relocated to the status bar, with additional settings positioned below the ‘I can’t believe it’s not a notch’. This gives more area for the all-important camera live view, as the mockup below shows.

If you’re finding the drip-feeding of iPhone 14 news a bit tiring, then the good news is that there shouldn’t be much more of it. Apple is expected to unveil its new handsets at next week’s Far Out event on Wednesday (or very early Thursday for Kiwis). The bad news? After that, the iPhone 15 rumour mill will begin to churn…