theBit.nz
HomeNewsThe Google Pixel Watch is out of the bag
News

The Google Pixel Watch is out of the bag

The Google Pixel Watch is out of the bag 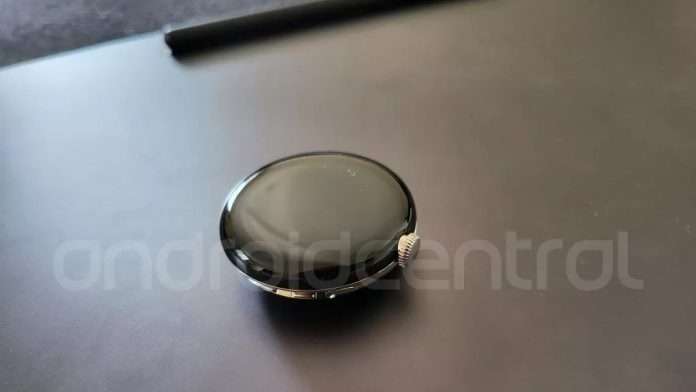 Officially, the Pixel Watch doesn’t exist. But this official position is difficult to square both against the fact that Google has just trademarked the name and, more importantly, that a prototype unit was just discovered in a restaurant in America.

In a turn of events reminiscent of when someone at Apple accidentally left a disguised iPhone 4 test unit in a California bar, the photographs were immediately turned into the folks at Android Central who duly published.

It’s at this point that the leaker Jon Prosser can feel thoroughly vindicated and a little bit smug, because the photos of the prototype unit look exactly like the ones he mocked up over a year ago.

The round faced unit isn’t as flat as something like the Apple Watch, with curved edges all the way around. On the right-hand side, there’s also a digital crown, presumably for fat fingered types like me that struggle with tiny touchscreens.

If you look closer, there are also two embedded buttons underneath it, which may look a bit ugly, but is extremely welcome to anyone unimpressed with touchscreen performance when met with rain or sweat (runners and cyclists, basically.)

Flipped over, it’s even more rounded on the back but with a flatter area to contain the heart-rate sensor for permanent skin contact. Given Google now owns Fitbit, and early leaks have promised some software integration, it wouldn’t be surprising if the Pixel Watch matched the ECG and blood oxygen measurement tech of the recent Fitbit Sense.

So far, so good, but there is a bit of bad news incoming. Forget using your own watch straps, it looks like Google is getting all proprietary for no good reason at all. Well, unless you consider having a monopoly on expensive accessories a good… oh, wait, I get it.

“Yes yes,” you’re probably thinking, “but what does it look like turned on?” Unfortunately, we don’t really know, because of course the leaker did try, but after flashing up the familiar ‘G’ logo, it promptly switched itself off again. This wearable has a commendable commitment to not breaking its NDA.

It doesn’t really matter, as we’re likely to know a lot more very soon. Google I/O — the annual developer conference where we first saw the Pixel 3a — is kicking off on May 11 and the Pixel Watch (and Pixel 6a) is widely tipped to be unveiled then. Though Prosser believes you won’t actually be able to buy one until October (or possibly never in New Zealand, given Google’s history with the Pixel 6…).