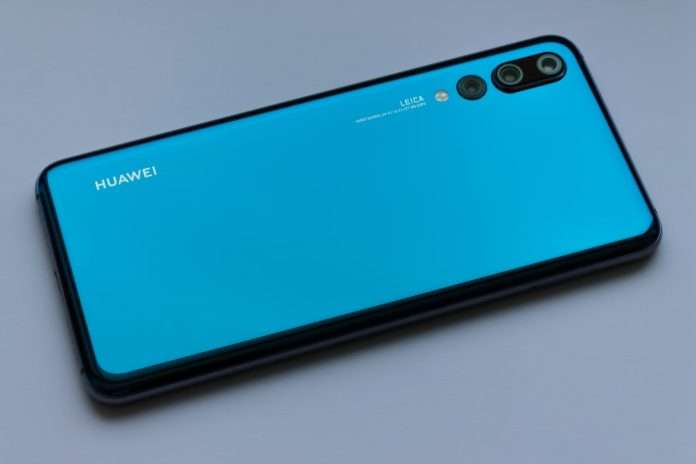 As China’s involvement with hacking attacks, the crackdown on dissenters in Hong Kong, outrage over its treatment of Uyghurs in Xinjiang, ongoing trade tensions and suspicions over its role in the Covid pandemic grow, China’s top privately-owned commercial company announced it was launching a new smartphone, the Huawei P50 Pro at the end of the month.

Huawei CEO Richard Yu, promised that the phone would mark the beginning of “a new era of mobile imaging.”

But it will take more than a fancy new camera to lure consumers back to the brand that was once the second most popular in the world (behind Samsung) – even if it does have a 125 mm periscope Leica lens with an f/3.4 aperture.

Huawei’s smartphone sales plunged 42% in the last quarter of 2020 and Oppo overtook Huawei to become China’s most popular smartphone brand in January after Donald Trump hit the company where it hurts in 2019 and banned US companies from selling technology like microprocessors and chips to Huawei, alleging the company built backdoors into its network infrastructure and presented a national security risk.

While Trump’s ban on another Chinese-owned media company TikTok had little lasting effect on the popularity of the platform (Biden revoked Trumps TikTok executive order last month and the company is in the process of divesting 20 percent to US owners), the “chip ban” has rocked Huawei as it meant its phones could no longer come with Google-owned applications pre-installed.

Just take that in for a moment.

The ban also meant Huawei couldn’t produce its Kirin processors because a large number of companies involved in their manufacturing were US-based.

If that wasn’t bad enough Huawei hit yet another round of controversy in December 2020 when it was discovered that it had patented a facial recognition system that could be used to detect members of the Uyghur Muslim group, targeted by the Chinese government.

According to CNBC the software was able to determine “ethnicity” as part of its “face attribute analysis”.

The US alleged that Meng had lied to major banks, including HSBC, about Huawei’s business dealings in Iran.

It was a show of power by then President Trump who was involved in an ugly trade war with China and mounting domestic pressures.

It was also a direct challenge to Chinese President Xi Jinping.

Meng faces up to 30 years in prison on bank and wire fraud charges if extradited and convicted.

Fast-forward three years and Trump’s long gone but Meng is still under house arrest in Vancouver and the case winds on through the Canadian courts.

If Huawei thought that the Biden administration would be more accommodating it got a nasty surprise when Biden extended Trump’s ban and set aside $54 billion USD to shore up America’s semiconductor production and 5G technology.

In an interview with NPR Andy Purdy, Huawei’s chief security officer in the US, described the company’s situation in sporting terms – “We’re in the penalty box or actually more likely we are… kicked out of the league for a while.”

He’s right – Huawei has lost multiple, highly profitable 5G contracts around the world because of security concerns but perhaps more significant is that the brand, outside of China, has been tarnished, perhaps beyond prepare.

To extend the sporting metaphor Huawei’s the Lance Armstrong of the tech world.

But have regulators in Australia, NZ, the UK, US and Europe got it wrong?

On its website Huawei contends it has no connection with the Chinese government – describing itself as “a private company wholly owned by its employees…No government agency or outside organization holds shares in Huawei.”

While that might be true, observers remain suspicious – citing the fact that Ren Zhengfei’s military history helped Huawei secure its first big contracts.

Many commentators view Huawei as a de facto branch of the Chinese government which has made no secret of its pride in Huawei’s success – describing it as “a national champion”.

William Snyder, Professor of Law at Syracuse University, believes that – “Even if Huawei is not committing the sort of crimes for which a US grand jury indicted it, any company that supplies such a large percentage of the market for components of telecommunications networks and has such ties to the People’s Liberation Army is a threat” – noting that Huawei’s obligated to operate under Chinese laws regarding cooperation with Chinese military and intelligence agencies.

Here, the Government Communications Security Bureau blocked Spark from working with the company in 2018. Long time Huawei partner 2degrees also ditched the company choosing to work with Ericsson on its 5G network.

The danger, according to the GCSB, was that modems in 5G radio network controllers supplied by Huawei could have been configured to secretly mirror communications to a hidden internet address.

While there has been no evidence that Huawei has been involved in any sort of security leak the suspicion, shared by multiple governments around the world, has been damning and Huawei has since backed out of any involvement with 5G in New Zealand.

While the company continues to fight the US bans in court (with little success) they’ve also started to pivot – developing their own operating system and creating an App Gallery.

Huawei – which has a market value that is still north of $150 billion USD – might be down but it’s certainly not out.

Nevertheless the situation Meng finds herself in, a legal limbo driven by wider geopolitical forces, is an apt summation of Huawei’s current dilemma.

Still, she’ll be able to take a pretty good home-d selfie with the new P50 Pro.