theBit.nz
HomeNewsThe Galaxy S22 Ultra could be the next Galaxy Note
News

The Galaxy S22 Ultra could be the next Galaxy Note

The Galaxy S22 Ultra could be the next Galaxy Note 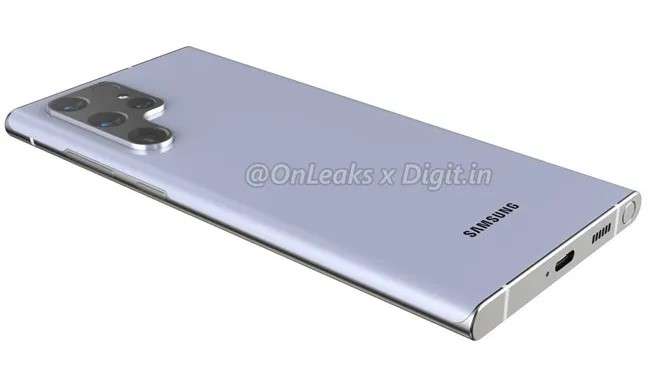 For a company facing a shortage of chips for flagship phones, Samsung sure pumps out a whole lot of flagship phones. In 2020, the company released three flavours of Galaxy S20s, two Note 20s, the Galaxy Z Flip 5G and the Galaxy Z Fold 2. Oh, and a ‘Fan Edition’ (FE) of the S20 for good measure.

As the pandemic and chip shortage bit harder in 2021, the company scaled back its ambitions a touch, officially cancelling the Galaxy Note for the year and engaging in a will-they-won’t-they game with the S21 FE.Just the five flagship handsets in 2021, then.

Now evidence is growing that Samsung plans to reduce that further, by rolling the Galaxy S and Galaxy Note series into a single handset line early next year – or possibly as soon as December.

Prolific leaker OnLeaks – aka Steve Hemmerstoffer – released renders of three Samsung handsets. The first two – presumed to be the Galaxy S22 and S22 Plus (or maybe “Pro” apparently) – look virtually identical to the S21 you can buy right now. It’s a bit like those ‘Spot the Difference’ games on pub quiz machines, when the machine really doesn’t want to pay out and subsequently turns up the difficulty to ‘superhuman’.

But the Galaxy S22 Ultra is a whole different kettle of fish. It looks a lot like the Samsung Galaxy Note 20, complete with S Pen slot, curved edges and…

…the most ridiculous camera bump we’ve seen since Google decided to give the Pixel 6 a visor. It looks like the lenses are all in the same position they were in on the S21 Ultra, but Samsung has apparently decided to cut around them to make a ‘P’ shape. We’ll leave it up to you to decide what ‘P’ stands for.

If you think that design looks a bit unlikely to ever see the light of day, then you may be about to think again, as another leaker with a great track record – Ice Universe – has just published a set of official case renders, and they all come with that P-shaped hole.

So different is the Galaxy S22 Ultra to its siblings that one leaker believes that this will actually be branded as a completely different device: the Samsung Galaxy Note 22.

That would make sense to me. With the introduction of S Pen support last year, the Ultra was a cover version of the Note anyway – why not make it official with room to dock Samsung’s stylus and a look mimicking the older version?

After all, nobody will miss having an Ultra version of the Galaxy S, but enough fans were despondent about the lack of Note this year that they decided to petition Samsung for a new model.

Against all odds, it looks like they’ll have their wish.