Tech media to get you through lockdown

Tech media to get you through lockdown 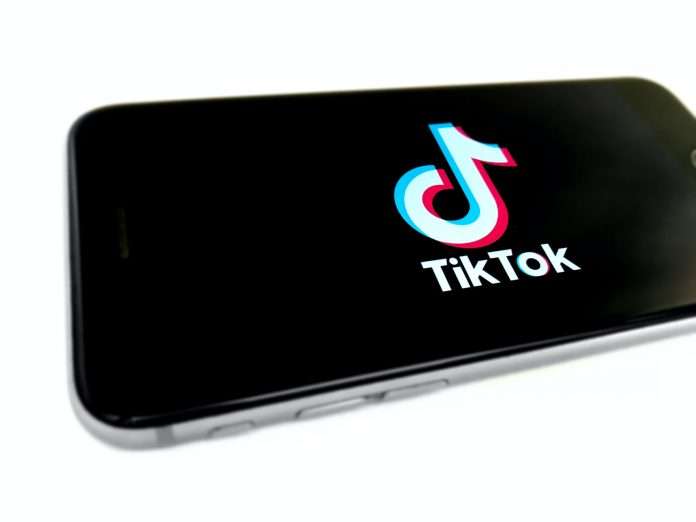 Whether you’re under Level 3 or 4 restrictions you know by now that it’s been scientifically proven that time passes more slowly in lockdown.

For many of us TikTok is just something our kids spend too many hours on when they should be doing their homework. But the story of how TikTok grew from humble beginnings – founder Alex Zhu got the idea for TikTok’s first incarnation Musical.ly when he watched kids lip-syncing and taking selfies on a train – to the social media behemoth it is today is fascinating.

It reports how the company kept under the radar of Facebook and Youtube, neither of who thought a bunch of teens and pre-teens dancing in short videos would ever be a threat to their business model. How wrong they were.

Today TikTok is one of the most powerful social media companies in the world.

At one point Facebook thought about buying Musical.ly but demurred. Then Chinese company Bytedance swooped in 2017 buying it for 800 million USD – changed its name and spent untold millions in a social media marketing blitz campaign.

Facebook, YouTube and others gladly took TikTok’s advertising dollars, not realising that the campaign saw millions of kids switch from their own platforms.

You can almost hear the glee in presenter Shelly Banjo’s voice.

The podcast also goes into how TikTok encourages top creators on the platform in a very personal way, building platform loyalty and increasing its ad revenue in the process.

We also hear from some of those creators. Some earn millions from their success on the platform; and if you didn’t know what the Hype House is, The Foundering talks to one of its tenants.

It also delves into TikTok’s controversies.

Trump and others called the platform a security threat; there were also issues around teen privacy and political censorship. In 2019 as the Hong Kong anti-extradition protests raged the hashtag #HongKong in TikTok brought up touristy skyline pics – same thing happened in 2020 with the BLM protests.

Then there’s the tricky matter of TikTok being a Chinese company, which means that it is legally required to handover data should the CCP require it.

Focus soon shifts away from Zhu to introverted ByteDance founder Zhang Yiming midway through the series, (Yiming stepped down in May saying – “I’m not very social, preferring solitary activities like being online, reading, listening to music, and contemplating what may be possible.”)

With Trump calling for a ban TikTok scrambled to appoint an American-based non-Chinese CEO; spoiler he didn’t last long.

The Foundering also gives some insight into why the infamous TikTok algorithm is so addictive.

ByteDance employs 100 000 employees, most of them in China and until recently worked a 996 schedule – i.e. engineers would code from nine am to nine pm six-days-a-week – the sort of work rate American tech companies can’t – and probably shouldn’t – emulate.

Banjo – who reported out of Asia, visited ByteDance’s HQ and talks to ex ByteDance and Musical.ly employees. This is everything a great podcast should be – informative, well researched (they go to the trouble of translating key figure’s speeches from Chinese) and as compelling as an airport thriller.

By Sheera Frenkel and Cecilia Kang

There’s no shortage of books on Facebook but many of them are thinly disguised hagiography.

Fincher’s movie The Social Network wasn’t that – presenting Zuckerberg more as a cocksure introvert with grandiose ambitions – but Zuckerberg would, I suspect, have been rather pleased by the portrayal.

That movie – loosely based on Ben Mezrich’s The Accidental Billionaires – was released in 2010 – a lifetime ago on the social media time scale. It told the story of Facebook’s astounding rise.

This one tells a much more sobering tale – how Zuckerberg behaves when all his college dreams of world domination actually come to pass and he leads the most powerful social media company in the world. I doubt he’ll be giving this away as Christmas presents.

Hopefully some bright studio exec has bought the rights to this because it’d make a great corporate horror story.

Frankel and Kang tell a troubling and increasingly familiar Big Tech tale; one where profit collides with civic responsibility, privacy and politics.

Both are New York Times journalists and give us an inside look at what it’s like in Facebook’s halls of power.

They interview Facebook executives, former and current employees, investors and advisers to Facebook, as well as lawyers and activists.

We recall that once upon a time – 2006 – Facebook farmed out much of its ad business to Microsoft – a practice Sheryl Sandberg put a stop to when she joined the company from Google in 2008 (Frankel and Kang imply that her power has diminished in recent years.)

2006 was also the year it introduced the News Feed – a Zuckerberg idea – that took them a year to engineer and would lock more users in.

Trump’s win was both the best and worst thing to happen to the company.

It brought Facebook untold more users and visibility but many blamed it for helping him get elected.

Almost unwittingly Zuckerberg had created a perfect disinformation platform which had been used by Russian-based hackers and right-wing groups to spread anti-Hillary propaganda.

“Ironically, the hackers were using Facebook exactly as it was intended,” the authors write. “They were making connections to people across the world and chatting with them about shared interests. They were forming Facebook groups and using them to spread their ideas. That the chats were about hacked emails, and the pages and the groups were dedicated to promoting conspiracies about Clinton, was beside the point. Facebook made it easy for them to reach their intended audience.”

Frankel and Kang clinically expose Facebook’s role in the genocide against the Rohingya people in Myanmar. A large part of the problem was that in Myanmar Facebook was the internet.

As a result of Facebook’s lax moderation efforts thousands lost their lives.

“Facebook was designed to throw gas on the fire of any speech that invoked an emotion, even if it was hateful speech—its algorithms favored sensationalism… The situation in Myanmar was a deadly experiment in what could happen when the internet landed in a country where a social network became the primary, and most widely trusted, source of news.”

This is one of the best pieces of non-fiction I’ve read; but you may want to delete your Facebook and Instagram accounts after reading it.

Brownlee started his YouTube channel MKBHD in 2009, when he was just 16, from a bedroom of his parent’s house. It now has 14.6 million subscribers – up almost a million since January – and remains one of the most respected tech review sites on YouTube.

I didn’t know I needed to watch MKBHD (his initials with high definition tagged on the end if you were wondering) until I started watching his channel when Auckland was in the midst of its first 2020 lockdown.

I credit Brownlee with steering me towards the best tech purchase I’ve ever made – a M1 powered MacBook Pro, after his glowing review of it late last year.

In a much crowded space – YouTube tech reviewers are dime a dozen – Brownlee stands out by keeping things smart but easy to digest; he doesn’t deep-dive too much into geeky tech details. Other pluses include his channel’s high production values – he’s a big camera nut so it’s always shot and edited well – and the fact that Brownlee has amazing access. He’s interviewed Elon Musk, Craig Frederighi and Bill Gates.

But all that wouldn’t matter so much without his engaging, easy-going on-screen demeanour.

He may have the latest Tesla out in the parking lot but in many ways he feels just like one of us – excited by the possibilities that technology affords us and impatient to get in and explore the latest the industry has to offer.

We all wish we could get Mark Zuckerberg’s or Elon Musk’s attention when we point out flaws in their products or companies – Brownlee can and does.

When he pointed out recently that the new Tesla steering wheel – called a Yoke – is pretty unwieldy and tiring to use, Musk replied on Twitter “Good and fair critique.”

Since 2019 MKHB is also a podcaster at Waveform his pods cohosted by Andrew Manganell — and while I never quite get as immersed in those as I do his YouTube I’ve started firing them up on those quiet and socially distant lockdown walks.