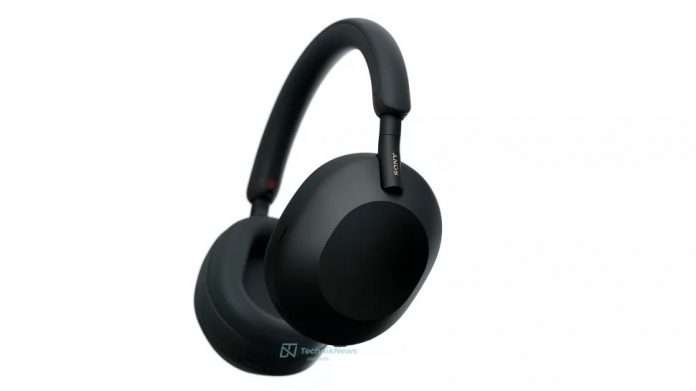 To balance out my meanness about Sony’s faltering smartphone business the other day, here’s something the company does very well: wireless headphones. The Sony WH-1000XM4 cans may have a name that reads with all the panache of a car number plate, but they routinely top lists of the best wireless headphones, including ours.

Now it seems that Sony is prepping the next-generation headphones, and there’s actually very little to fix. But that apparently hasn’t stopped Sony by producing a bold new design as revealed by TechnikNews.

It looks like the headband is going to be thinner, and as the FCC label has switched from the band to the ear cup, there’s a good chance that it’ll be metal this time around to complete the more premium look.

One detail that TechnicNews’ retail source claimed which has since been called into question is a stronger battery life. The Sony WH-1000XM4s already offer 30 hours of music without a charge, but there was talk of this going even higher to 40. However, a Redditor has spotted the XM5’s box which clearly states 30 hours in big, bold lettering.

To be honest, if you’re worried about not being able to listen to 30 hours’ worth of consecutive music, you probably have bigger problems on your hands… like the long-term effects of sleep deprivation. Nonetheless, it’s a pity that Sony won’t be giving us more opportunity to forget where we put our USB-C lead.

You can also expect sound quality to be boosted with a new driver — though no details have been revealed of the specs as of yet — and improved noise cancellation, as the new headphones will apparently use two processors for ANC rather than the one currently leaned on.

It all looks very promising then, though whether you feel the need to get a new set of headphones depends on how ragged yours are. My Bose QC35s are still going strong after five years of near daily use, but if you’re in the market for a new set of headphones then you may want to keep an eye out for Sony’s next release around August time. Even if it’s just to buy the suddenly reduced XM4s…