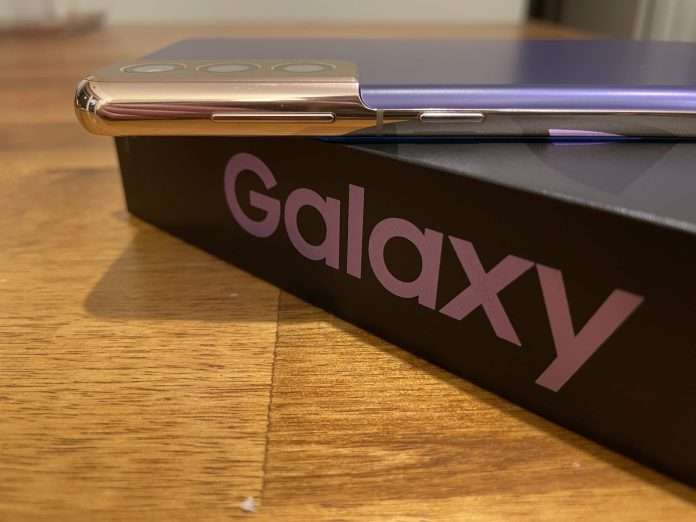 About a year ago, I sent my Samsung Galaxy S10e in for repair due to a faulty earpiece that made calls — nominally what a phone is for, but truthfully about 0.1% of my use of it — impossible without speakerphone.

I did so with confidence, because even if a nosy technician did browse through my messages and photos, they’d quickly lose interest when they realise that I have very little interesting to say, and that photos of my cats occupy the majority of my internal storage.

But what if you have official state secrets or, more likely, pictures of your anatomy that you’d rather didn’t get into the wrong hands? Samsung has an answer, and it’s rolling out to the company’s Galaxy S21 handsets, with other models following later.

Announced via the Korean newsroom, Repair Mode lets users “selectively disclose data” to the staff via a mode that’s enabled in the Settings app under “Battery and Device Care.”

Once selected, the phone reboots, only allowing default apps to be accessed with all personal data blocked. Then the repair person weaves their magic with the phone, before rebooting it back into normal mode. Once booted, it’ll need your PIN or fingerprint to restore normality.

There’s no technical explanation of how this is done, but given Samsung has its own Knox Vault for storing sensitive data with hardware-based security, it seems likely this is just an enhanced version of that.

Is this a solution for a problem that doesn’t exist? Sadly not. While I’m sure that the majority of technicians don’t snoop on the contents of customer phones, we know it happens because there have been court cases to settle.

Last year, The Telegraph reported how Apple was forced to settle a grim case with a young woman who took her iPhone for repair in 2016. Two employees of Pegatron, a supplier and partner, posted “photos of her in various stages of undress and a sex video” to the victim’s Facebook account. Apple paid out millions (reimbursed by Pegatron), the report says, but we don’t know how many millions exactly, as per the terms of the settlement.

Obviously, this only came to light because the staff in question were blatant about their snooping. We don’t know how often this happens more underhandedly, so Samsung’s new Repair Mode is a welcome addition to the software — even if it’s a depressing reflection of the world that it’s actually required.

Facebook
Twitter
WhatsApp
Linkedin
Previous articleThis is the closest you’ll get to a PlayStation Vita 2
Next articleExclusive: James Dyson talks about talented Kiwis, embracing failure, and what happened to the Dyson Car