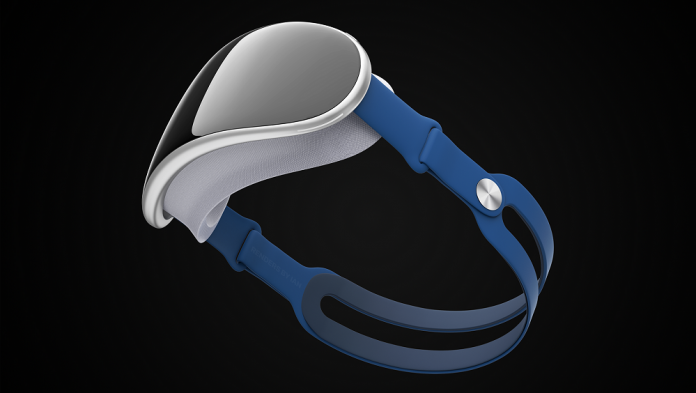 Apple’s Worldwide Developers Conference — or WWDC, as it’s known, despite the fact that ‘worldwide’ is definitely one word — kicks off on Monday 6 June. And while announcements tend to be more on the duller software end of things, we do occasionally see hardware announcements. The iPhone SE and HomePod were both born at WWDC, after all.

A little background: Apple has long been rumoured to be working on a VR/AR headset. It gets a little confusing as some patents point towards a HoloLens style headset and others towards something more like Google Glass, but the general assumption is that one will eventually lead to the other over several generations. Indeed, the analyst Ming-Chi Kuo says Apple hopes a headset will replace the iPhone in the next ten years.

The important part of this is that earlier this year, references to something called “RealityOS” began appearing in iOS code which feels like the first signs of this becoming, uh, reality. Now, Vox Media’s Parker Ortolani has found some interesting things by digging through the trademark website Trademarkia.

A mysterious company, which apparently doesn’t exist, trademarked the term RealityOS back in January, just before references began appearing in the code. Crucially, the foreign filing deadline — the date when it could become an international thing — is Wednesday June 8, two days after the WWDC keynote.

The mysterious corporation in question also appears to share an address with the company that Apple used to earmark macOS names.

…and the logo also looks very Apple in terms of the font:

All very suspicious, but definite? Ortolani is on the fence as to whether we’ll see the AR/VR headset unveiled at WWDC, but Bloomberg’s Mark Gurman is a naysayer.

“Though Apple’s upcoming mixed-reality headset is full steam ahead — underscored by the recent demonstration of the device to the company’s board — I’d be wary of expecting a full-blown presentation for developers and consumers next week,” he wrote in his latest Power On newsletter.

Of course between “full-blown presentation” and “nothing at all” there’s an awful lot of room for other things. And this being a developer conference, perhaps it wouldn’t be surprising for Apple to give its software makers an early heads up that something is coming. After all, it’s them who’ll make or break the headset’s usefulness. Watch this space.